Home OPINION Will India ever be a superpower?
OPINION

Will India ever be a superpower? 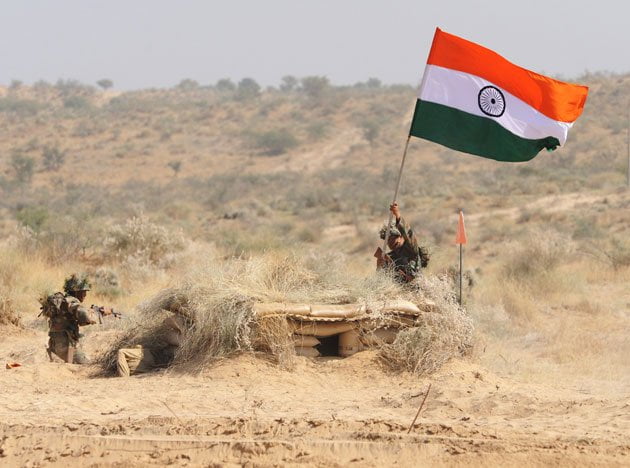 A fair number of Indians feel that India would sooner or later be a global power, if not a superpower. However, in my perception, India after a few decades may become a regional power but Superpower – NO, Never. The reasons are not far to seek.

More than 75 years have passed since Independence, however, till date we have not even been able to decide what are our security goals are? A global or superpower must have its security goals identified because only then its defence forces can be built and organized to fulfil those goals which must have a short term and long term inputs. Despite more than 70 years have gone by we have none. So, without these security goals, we have done no defence forces reforms. All our actions have been reactionary based on developing threats; no efforts have been made to-date to plan our defence with a long-term perspective.

Nehru our first PM was of the view that he does not need Army and that Police Forces are enough. It was 1962 Indo -China war in which despite once famous Indian Armed Forces which won the Second WW for Britain and allied forces, despite having WW2 303 Rifles fought with tremendous courage under extremely cold conditions but lost the battle to China.

Nehru died in 1964 a broken man. This should have been a reminder to Indian politicians that in today’s world without strong defence forces no country has a chance. The illiterate Indian politicians and babus in the Ministry of Defence who have a say in the national security issues are still as careless.

Today against an authorized strength of 42 squadrons of fighter jet requirement the Indian Air Force has just 29 Sqns, just one more than Pakistan. Likewise in the Navy we today have just 130 Ships instead of a required number of 200 fighting Ships and 24 submarines. Today we have only 13 rickety submarines that cannot be relied upon to surface if they dive.

A super Power or a global power should have a sound economy a throbbing one so that we can assist our immediate neighbours and that they do not fall head over heels to the enticements of our competitors.  Without a strong economy and equally strong military no country can become a global power or superpower. We will have to be a hegemon prepared to take military action where it is needed at the same time; we must have a sound and growing economy. Our neighbours at least are South Asia should be in awe that they have to obey our dictates come-what-may and not rush to our competitors. Is this happening? Pakistan, Nepal, Bangladesh, they are all in Chinese camp or showing inclinations towards China, even tiny Bhutan is twiddling its thumbs at us at times, and we are dreaming to be a Super Power.

We have the potential to be a superpower but it is not possible under the illiterate politicians who do not even understand what defence is all about. In India an illiterate can fight an election and win becoming an MLA or MP. Similarly, the bureaucracy of India is most corrupt. The Babus only think of themselves. With this combination of illiterate politicians and self- serving Babus to think that India could ever be a global or superpower amounts to self-deception.

If we really want to be a global or superpower we cannot just bask in the glory of our past history and young population. We must educate our people and should be more tolerant towards people of different caste, creed and religion who should get equal opportunities to progress.

At the same time, we must fix our long term goals and bring in reforms in military and economy. The Indian netas must put in our diversity in all fields be it religious, ethnic, caste to good use instead of tearing them apart for vote bank. India must be a secular, non- communal, multicultural society. We must start becoming self- reliant in all fields be it a production hub, engineering hub, military and economy. We should not sit within our country boundaries waiting for the opponent to strike but should be prepared to take fight to the opponent’s camp.