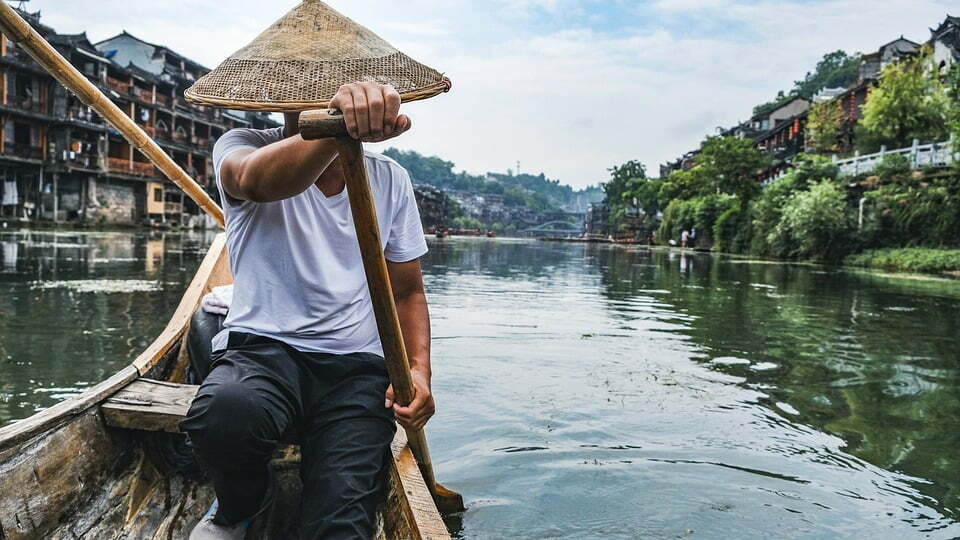 US Vice President Mike Pence in his landmark address on October 4, 2018, rebuked China publicly for its colonisation of the South China Sea and use of unfair trade policies such as denying market access, instituting non-tariff barriers and stealing technologies from foreign companies in seeking unfair gains.

Lt Gen (retd.) H R McMaster, President Trump’s former National Security Adviser recently said that China had increased its annual military spending by 800% since the 1990s and had embarked on an unprecedented military buildup in history. China wants to match the US defence capabilities by 2035 and defeat her in an armed conflict by 2050.

Trump administration has taken several measures to pushback China’s abusive behaviour including termination of Hongkong’s special trade status after China imposed its security laws, closure of its Houston consulate over stealing of intellectual property, blacklisting the Chinese 5G companies Huawei, SMIC and 58 others from acquiring sensitive technologies, curtailing visas of the Chinese Communist Party (CCP) members from 10 years to one month and others.

These steps will hurt China’s ambitions to exploit the global 5G market, slowdown China’s efforts to seek supremacy in the applications of artificial intelligence (AI), quantum computing, new materials and robotics in the military, defence, and civilian industries.

China’s militarization of the South China Sea has decelerated after the Trump administration expanded freedom of navigation operations and termed China’s claims to sovereignty over most of the islands as “unlawful”.

China has signalled that the winning power would decide the nature of the international order (IO). China led IO will be hierarchical, authoritarian with sharp curbs on human liberties and government directing the economy and other activities. It will allow little freedoms to the judiciary, media, business, academic communities and minorities. There would be clashes between China and other countries that would follow independent policies.

India and Australia are prime examples of how countries would suffer if they refuse to toe the policies decided by Beijing. Chinese President Xi Jinping dispatched his troops to occupy the Indian territories in Pangong Tso, Depsang plains and other areas in east Ladakh in April 2020 after unilaterally deciding that India had gone too close to the USA. China is now trying to put increased pressure on India by using Tibet’s waters as a political weapon and providing arms, training and hideouts to insurgent groups operating against India in the north-east and supporting Pakistan in its cross-border terror activities on India’s western borders.

Recently, when Australia protested against Beijing’s interference in its internal affairs, China hiked tariffs and imposed non-tariff barriers against Australian exports of barley, cotton, coal, timber, wines and other items and is demanding that Australia must stop its public criticism of Beijing. China has sharpened its interference in the internal affairs of Asian countries by supporting governments, which toe its line, e.g. Maldives, Srilanka, Nepal. Provision of Chinese assistance is linked to countries publicly acclaiming China’s policies.

China is trying to break the political will of countries who it thinks are moving closer to the USA. It is trying to separate the USA from its allies and partners by breaking the transatlantic alliance, as China’s only friends are weak Pakistan and North Korea.

After the election of Joseph Biden in the USA, the NATO and EU countries are becoming more sensitive about the China threat. A group of advisers commissioned by NATO Secretary-General, Jens Stoltenberg recently have stated in their report that the scale of Chinese power and global reach pose acute threats to the democratic societies due to China’s rising authoritarianism and territorial ambitions. It asks members to prepare for greater competition with China. The report seeks wider consultations and cooperation with Japan, South Korea, Australia and New Zealand and a partnership with India.

The outlook of EU leaders towards China is also hardening as they now see China as a “systemic rival”; their interest in India as a likeminded partner has increased.  EU’s planned summit with Chinese President Xi Jinping for next year has been postponed and they have now confirmed a summit meeting with Indian PM in May 2021. China is turning to Russia to counter the revitalisation of the transatlantic partnership against her.

China’s biggest strength is its manufacturing competitiveness which rests on the use of unfair policies such as a denial of market access, low-interest credit to its industries and acquisition of foreign technologies by unfair means. USA, UK, Europe, Japan, South Korea, Australia, India and other countries have to join in protest against China’s unfair policies, shifting of supply chains for essential items away from China, create a large transatlantic grouping for economic cooperation, increase the technological and military capacities of frontline states on China’s periphery and expand patrolling in South China, Pacific and the Indian Ocean regions to deter China.

President-elect Biden has started on a positive note. In an interview after his election, he said, “America is going to reassert its role in the world and will be a coalition builder”. As the US Secretary of State, Mike Pompeo said earlier, fight against China’s hegemony is a collective struggle for the freedom, values and economies of free nations and they have to win it to protect their societies and cherished ideals.

Ambassador Yogesh Gupta
Former Ambassador of India to Denmark, High Commissioner to Zambia and Secretary, Ministry of External Affairs, Ambassador Gupta belongs to 1976 batch of Indian Foreign Service. He has been Deputy High Commissioner to Nigeria, Benin, Chad and Cameroon as well as Deputy Chief of Mission, Indian Embassy, Rome. He has been responsible for preparing speeches for the Prime Minister and External Affairs Minister on foreign policy and economic issues and advised Ministry of Overseas Indian Affairs on setting up a NRI University in India. He is presently researching on China, Pakistan, USA, their relations with India.

An aviation psychologist is an expert in an emerging field where psychologists specifically study behaviour, feeling, thinking, and working in the aviation industry.
Read more
Editors Pick : Top Stories

The National Education Policy 2020 envisions an India-centric education system that contributes directly to transforming the nation sustainably into an equitable and vibrant knowledge society by providing high-quality education to all.
Read more
LIFESTYLE

In other words, all want harmony and amity to prevail at all strata of society and at all times and in all ways.
Read more
DEFENCE

South Asia suffered the most on account of terrorism in 2019 for the second year in a row with more lives being lost due to terrorism than anywhere else in the world.
Read more
HEALTH

In the last two decades, India has witnessed many changes in the concepts & methodology of health science. The impact of these has been so much that man’s understanding of health and wellness has changed enormously.
Read more
Editors Pick : Top Stories

Sports provide several distinctive opportunities for personal development, however, youngsters time to finish the assignment, socialize, rest, and recover. In other words, they still have to be compelled to be kids.
Read more