Why is India perpetually going soft on Pakistan? 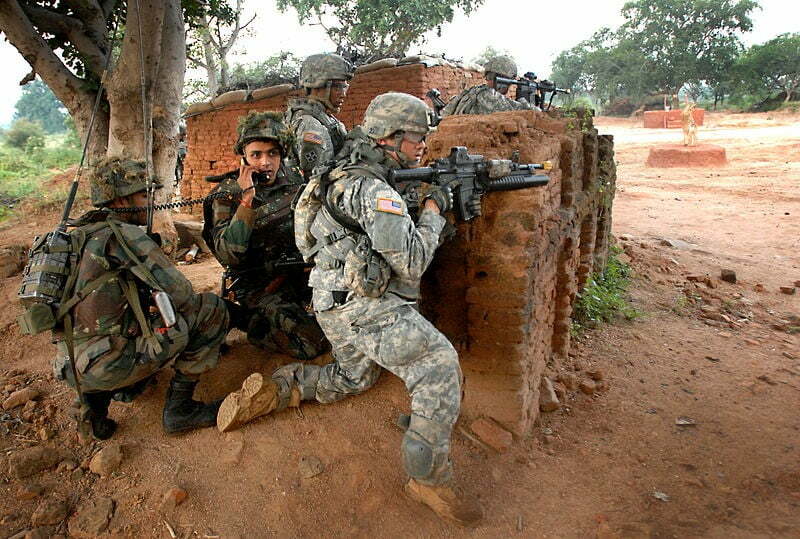 The other day Pakistan rejected the nomination of Jayant Khobragade as Indian High Commissioner to Pakistan just because he is too senior. What nonsense? From when a host country decides who is being sent as High Commissioner and whether he is senior or not? Just to remind Pakistan that it has withdrawn its envoy to protest against India abrogating Article 37O from Kashmir.

It is oK that in retaliation to Pakistan withdrawing its envoy from India, India has curtailed it’s embassy staff in Pakistan to 50% of its strength and told Pakistan also to do so. Question is why are we continuing with our embassy in Pakistan? Why are we still granting visas to Pakistanis? Pakistan is our enemy country, in every world forum, it only looks forward to just be against India come what may. The latest being in Shangahi meet in Russia recently it displayed map in the background which depicted entire Kashmir and some part of Gujrat as belonging to Pakistan. As a result, our NSA Doval walked out of the international meeting. Yes, Russia took Pakistanis to the task and admonished them, India also did the same but all this had no effect on Pakistan’s health.

Pakistan is today in FATF grey list, it could not be placed in Black List because of China which has made Pakistan it’s Colony. The Pakistani economy is in complete doldrums. Pakistanis have angered Saudi Arabia just because it refused to call a meeting of 57 Islamic countries (Saudi Arabia is currently heading the consortium) to condemn India for abrogating Art 370 in Kashmir. Saudi Arabia made it clear that it is a bilateral matter between India – Pakistan and OIC does not come in. Pakistan threatening Saudis that if they do not agree to this meeting then It will be forced to call like-minded Muslim countries meeting under the leadership of Turkey. This has so incensed Saudis, the main donors to Pakistan that they have recalled their loan to Pakistan of 3 billion dollars and stopped oil supply to Pakistan. Pakistan sent its military chief Gen Bajwa to assuage  Saudi feelings but it has made no dent on Saudis anger.

In 2016 on Ramparts of Red Fort on 15 Aug PM Modi had spoken about Atrocities being heaped by Pakistan in Baluchistan as also what Pakistan was doing in Gilgit- Baltistan. One thought that now India is coming out of its reactive Foreign Policy to Proactive Foreign Policy but after that, so many years have passed India is quiet. While Pakistan and it’s Intelligence agency ISI keeps on blaming India for all terror attacks and happenings in these provinces. Whether India is involved or not is not known but if Pakistan says it will provide Moral support to Jihadis in Kashmir openly why we are not saying that we will provide Moral support to people of Baluchistan & Gilgit? Is Kashmir not part of India which Pakistan is claiming as theirs? If they can claim Kashmir which is part of India then what stops us from providing moral support to Baluchistan & Baltistan?

Pakistan has been firing their guns to infiltrate Jihadis in India openly and we keep on reacting with similar gunfire. This is carrying on for decades. These madarsa educated radicalised Jihadis are of no consequence to the Pakistani Army, they do not have to be paid even family pension. However these Jihadis after infiltration fight with Indian Soldiers. Agreed that we kill three times more Jihadis then us but still our jawans are also getting killed while the Pakistani Army the real culprits in this game keep on twiddling their thumbs. They suffer no losses so they carry on. Why have we not devised a methodology that Pakistani Army also must be hurt? The answer is that every time Pakistani Army infiltrate Jihadis in India let us take the battle to the Pakistani Army by surgical strikes, Air Strikes etc. Yes, we will also suffer casualties but are we not suffering the same now? This way we are able to bleed Pakistani Army. Pakistani Army being a political Army with 20 billion dollar business in Pakistan will not be able to sustain this Indian onslaught for long and will come to its knees. Let us take some lessons from Israel. All said and done enough is enough and we must come out of our comfort zone to teach Pakistan read Pakistani Army a lesson .once they buy casualties they will start singing peace songs.