Why is 56th Course NDA different?

Way back in 1976, 17 year old KB, Chhotu and Manoj – joined the 56th course of National Defense Academy NDA and passed out as commissioned officers three years later in June-July 1980. Who could say then that one day they would go on to write a new chapter in the history of the Indian Armed Forces?

Well, exactly 43 years later — the three batch-mates lead the Army, Navy and Air Force together as the Chiefs of the three services. 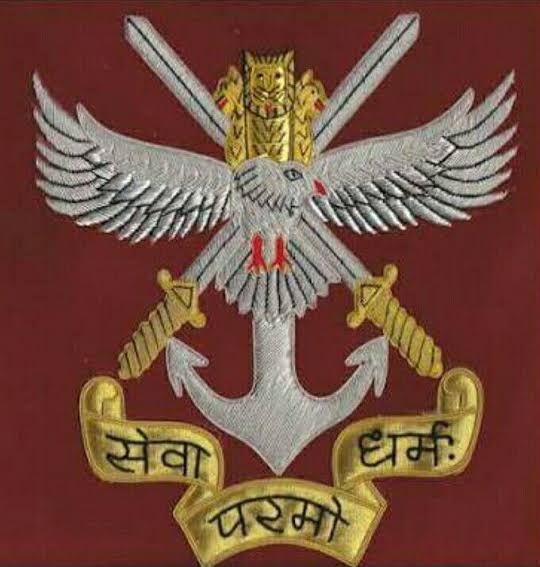 This unusual combination will become a reality on Jan 1, 2020 when Gen Manoj Mukund Naravane of the Sikh Light Infantry took over as the 28th Chief of the Army Staff from Gen Bipin Rawat. His batch-mates Admiral Karambir Singh and Air Chief Marshal RKS Bhadauria were already heading the Navy and Air Force.

Admiral Karambir Singh, came to lead the Navy on May 30, 2019 when Admiral Sunil Lanba retired as the Chief of Navy Staff, while Air Chief Marshal RKS Bhadauria took over as Chief of Air Staff from Air Chief Marshal Birender Singh Dhanoa on Sept 30, 2019.

The service chiefs generally serve till the age of 62 or up to 3 years (whichever is earlier). Other three-star Generals (Lieutenant General, Air Marshal and Vice Admiral) retire at the age of 60. This is reason why it is rare for the three batch-mates to be chief of their respective services at the same time.

Coincidentally there have been many occasions when two batch-mates have been service chiefs at the same time. This happened for the first time when Gen BC Joshi and Air Chief Marshal Swaroop Krishna Kaul Maha Vir Chakra  from the 5th Course at NDA took over as Army and Air Chief.  Interestingly the 5th course produced the maximum — five (4 Army and 1 IAF) Maha Vir Chakra awardees Shamsher Singh (Infantry), Raj Kumar Singh (Infantry), H. C. Pathak (Infantry), S. K. Kaul (Indian Air Force) and Ved Prakash Ghai (Infantry) during the 1971 war.

But it will only be the second time in the history of the Indian Armed Forces that the chiefs of all three Armed forces will be from the same course of NDA, Kharakvasla.

On the other hand, it is not a mere coincidence that Field Marshal Sam Manekshaw, Gen. Muhammad Musa and General Smith Dun, who became the Army Chiefs of India, Pakistan, and Burma, respectively were part of the first batch of 40 Gentleman Cadets (GC), who began their training at the Indian Military Academy on 1 October 1932. IMA was inaugurated on 10 December 1932 by Field Marshal Philip Chetwode, with Brigadier L.P. Collins as its first Commandant. The first batch of cadets passed out of the Academy in December 1934. General Dun who topped the class and also commanded the passing out parade.

Almost three decades later – the trio Naravane, Karambir Singh and Bhadauria joined the 56th course at the NDA in 1976 and passed out from the training academy together after successful completion of the three-year course at the NDA in June-July 1980, which trains around 350 cadets each in two courses every year. This is the second time since independence when three batch-mates will be heads of the three services.

Both Gen. Naravane and Air Chief Marshal RKS Bhadauria were from the same – Lima Squadron, while Admiral Karambir Singh was part of the Hunter Squadron. Each squadron has approximately 100 to 120 cadets.

Another coincidence is that their fathers served in the Indian Air Force. Naravane’s father retired as Wing Commander and his mother was an announcer with the All India Radio. Naravane and Karambir Singh’s father served together. Naravane’s father initially joined the National Defence Academy as an Army cadet but couldn’t complete the course due to an injury during the training. Years later after completing his graduation he joined the IAF as an officer. On the other hand Bhadauria’s father retired as a Honourary Flying Officer.

That’s the reason why Naravane and Karambir Singh the 24th Chief of the Naval Staff (CNS) knew each other and studied in the same school — even before joining NDA. “Grey Eagle” Karambir Singh incidentally is the first helicopter pilot and senior-most serving naval aviator to serve as Chief of Staff of the Indian Navy.

At present, the ACR system in the Army commences only from the rank of Naik upwards. Sepoys are not evaluated by ACR possibly because they are not considered fully trained soldiers capable of a leadership role and their numbers are large. Hence if the institution of a central, transparent, and, rigorous system of reporting has to be extended for the Agniveers can you imagine the additional burden on Commanding Officers who may have to write about 200 more ACRs that too for the men at the lowest rung in the hierarchy, who are not in contact with senior officers on a regular basis?
Read more
DEFENCE

Why protests against Agnipath scheme for entry in the armed forces don’t make sense?

Whatever objections the protestors may have, those seeking to don the uniform, despite any provocation, have no right to resort to violence. Political parties must also avoid motivating youth towards violence, especially where it concerns the armed forces.
Read more
DEFENCE

In just 18 days, 1660 million warriors were killed in the Mahabharata war. Many of the divine weapons used were far more advanced than the weapons in use today.
Read more
DEFENCE

In war, the man behind the machine that matters the most. Agnipath is about a 04 years tenure with defence forces, as soldier/ air warrior/ sea warrior.
Read more
HEALTH

Doctors at MGM Healthcare, a multi-specialty quaternary care hospital, Chennai, performed a successful lifesaving Cardiac Intervention procedure for a 27-week preterm baby -- one of the smallest baby in the country to undergo this procedure.
Read more
ENVIRONMENT

Environment conservation: are we serious?

The government`s move to bring the Tour of Duty (TOD) recruitment model into the armed forces could emerge as a high-impact reform if introduced with the right strategy.
Read more