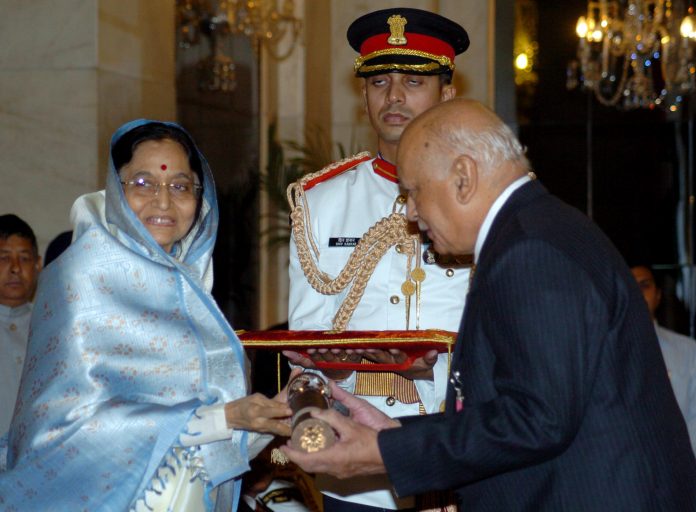 I had the pleasure of interacting with Justice Dr. Adarsh Sein Anand, the 29th Chief Justice of India. We met several times at his house at Tughlaq Road. His wife Mala too used to take great interest and participate in the lively discussions.

Born on 1 November 1936 at Jammu, Justice Anand received his early education at Model Academy, Jammu before graduating from the Jammu and Kashmir University.

Justice Anand obtained his law degree from Lucknow University in 1960 and completed his Ph.D. on Constitutional law of the Commonwealth from University College London in 1964.

Justice Adarsh Anand enrolled as an advocate on 9 November 1964 and started practicing in the Punjab and Haryana High Court at Chandigarh. He was confirmed as a permanent Judge of Jammu and Kashmir High Court in 1976.

Justice Anand’s last active assignment was as chairman of a five-member committee constituted to look at the safety aspects of the Mullaperiyar Dam in Kerala. The committee submitted its report in April 2012.

Justice Anand presented me with his book; The Constitution of Jammu and Kashmir about which Justice N. Venkatachaliah, the 25th Chief Justice of India wrote. “Anand has taken us through a journey of the most significant area of nation-building on the delicate and sensitive issue, which marks the evolution of the process of integration, of the State of Jammu & Kashmir into the Indian constitutional mainstream.”

I too took a lot of interest in reading the book because I belong to J&K, and have written several articles and made several News & Current Affairs programs for Doordarshan News on Kashmir which is my passion, as I was born in Srinagar!

I reviewed Justice the book for several publications including The Hindustan Times & The Kashmir Times, Indian & Foreign Review, etc.

Justice Anand breathed his last on 1 December at a hospital in New Delhi at the age of 81. Justice Anand is survived by his wife and three daughters.

The views expressed are her own

An aviation psychologist is an expert in an emerging field where psychologists specifically study behaviour, feeling, thinking, and working in the aviation industry.
Read more
LIFESTYLE

In other words, all want harmony and amity to prevail at all strata of society and at all times and in all ways.
Read more
CRIME

Delhi High Court passed an order that no advocates will be stopped/ checked by a police officer during the lockdown. Are the advocates immune from COVID? Isn’t it a favour to own brethren?
Read more
HEALTH

In the last two decades, India has witnessed many changes in the concepts & methodology of health science. The impact of these has been so much that man’s understanding of health and wellness has changed enormously.
Read more
Editors Pick : Top Stories

The truth is that such riots in the name of religion are most often incited by anti-social elements to fulfil a personal or political agenda or just to give vent to their hatred for another community fostered by prejudices and real or imagined grievances.
Read more