Home BUSINESS The men behind the most sought after and widely circulated autographs
BUSINESSEditors Pick : Top Stories

The men behind the most sought after and widely circulated autographs 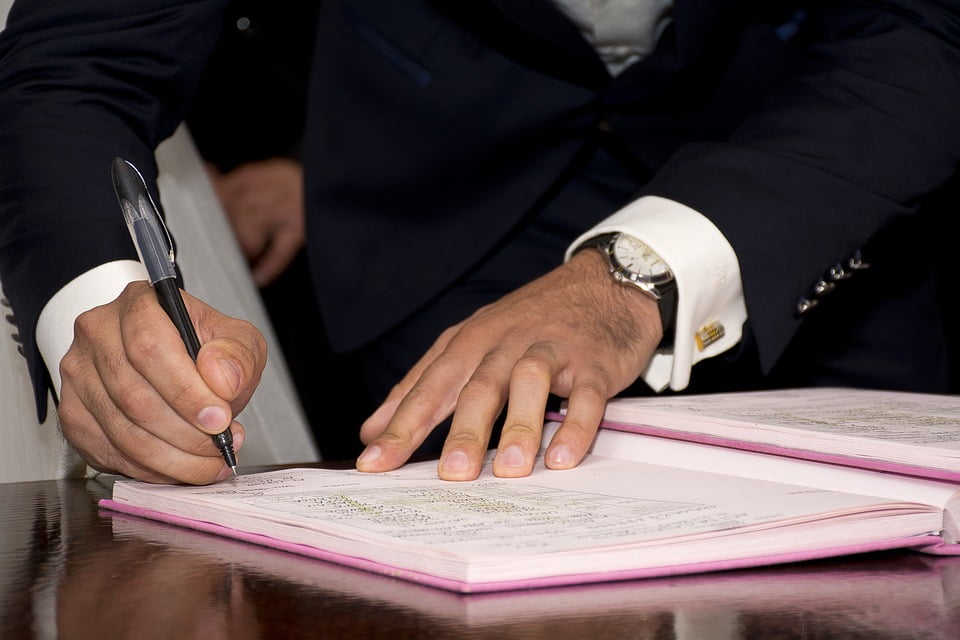 From film stars to sportsmen – all celebrities are expected to sign and give autograph but hardly any autograph – sells (literally so) more and is so widely sought than that of the Governor Reserve Bank of India.

Since 1935 the RBI has seen 25 governors who generally stay in office for three years. The first person to hold the post was Osborne Smith, a British banker who was followed by C. D. Deshmukh –the first Indian governor.

Benegal Rama Rau is credited to be the longest-serving governor. He stayed on the post for over seven years, while Amitav Ghosh’s term lasted just 20-days. Manmohan Singh became India’s thirteenth Prime Minister.

Sir Osborne Smith – the first Governor of the Reserve Bank was a professional banker at the Bank of New South Wales and the Commonwealth Bank of Australia for close to 30 years before coming to India in 1926 to head the Imperial Bank of India. Sadly though his stewardship and professionalism earned praise in the Indian banking industry, his tenure of three and a half years came to an abrupt end because of differences with the Government on policy issues like an exchange and interest rates. He resigned prior to the completion of his term without signing even a single bank note.

Osborne’s exit opened the doors for Sir James Braid Taylor a British-Indian Civil Servant who served as Controller of Currency and was closely associated with preparing the RBI Bill as additional secretary in the Finance Department. Unfortunately, his term came to an end with his sudden demise.

This paved the way for Sir Chintaman Dwarkanath Deshmukh or C D Deshmukh a Civil Servant who became the first Indian Governor of RBI. He stepped in as Governor in August 1943 after Taylor’s death.  His tenure as RBI Governor was marked by the division of assets and liabilities between India and Pakistan. He presided over the Bank nationalization in Jan 1949 before taking over as the Union Finance Minister.

Deshmukh’s successor Sir Benegal Rama Rau, a Civil Servant had served as the Indian Ambassador to the USA. Till date, he is the longest serving Governor of RBI who presided over the Planning Era and innovations in co-operative credit and industrial finance policies and transformation of Imperial Bank of India to State Bank of India. He resigned before his second term in office came to an end because of differences with the Finance Minister. 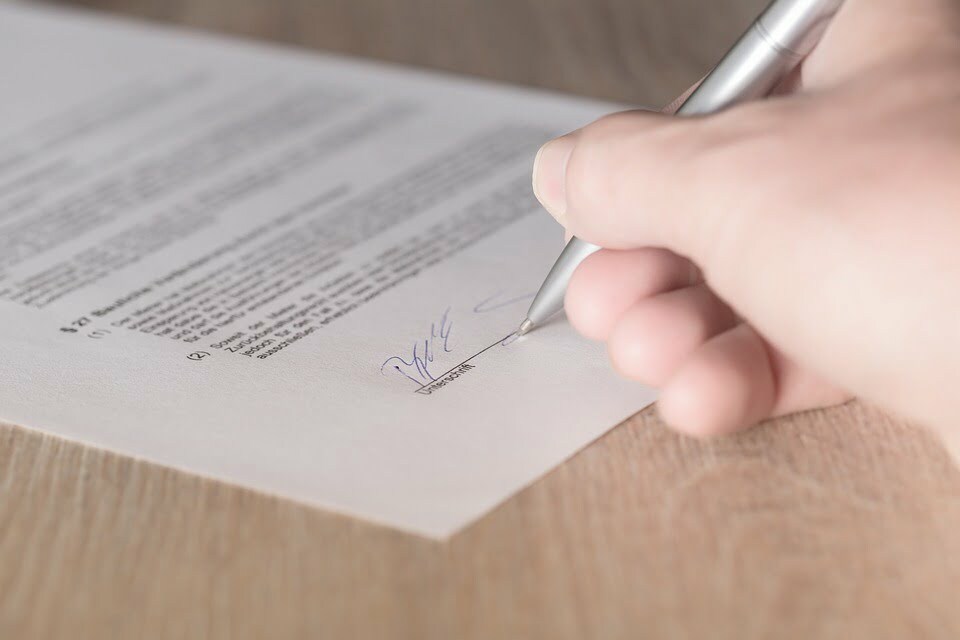 K. G. Ambegaokar, another Civil Servant had served as Finance Secretary prior to his appointment as Deputy Governor. He took over as the interim Governor after the resignation of B. Rama Rau. He was made to hold the fort till H V R Iyengar took over. He also didn’t sign any bank notes.

H V R Iengar, an Indian Civil Service, had briefly served as the Chairman of SBI before being appointed Governor of the Reserve Bank. He was behind India’s shift to decimal coinage and consolidated the Indian banking industry through selective credit controls.

Next in queue was P C Bhattacharya, the first Audit and Account Service officer who had held the post of Secretary Finance and as Chairman of SBI before taking over as RBI Governor. He initiated the formation of IDBI and UTI as well as the devaluation of the Indian Rupee, import liberalization and elimination of export subsidies.

L K Jha, who stepped in Bhattacharya’s shoes was a member of the Indian Civil Service, who had served as Secretary to the Prime Minister. He experimented with controls over commercial banks, gold control and setting up the Agricultural Credit Board. He was instrumental behind nationalization of 14 major commercial banks in 1969. He was appointed as India’s Ambassador to the US in 1970 prior to completion of his term as Governor.

B.N. Adarkar a professional economist and former Economic Adviser of the Government of India, held-on as interim RBI Governor till S Jagannathan took over. He played an active role in the establishment of the National Institute of Bank Management.

N C Sen Gupta who came next had worked as Secretary, Department of Banking in the Ministry of Finance. He lasted just three months as the Governor, till K R Puri took charge.

K R Puri – a former CMD of LIC before his appointment who came in next set up Regional Rural Banks, introduced the famous twenty-point economic program and a new money supply series.

M Narasimham was the first and the only RBI cadre officer to take charge as RBI Governor. He had joined RBI as a Research Officer and served as Additional Secretary, Department of Economic Affairs before taking over as Governor. However, he only lasted for a short tenure of seven months and moved over to the World Bank and IMF. Later as  Secretary in the Ministry of Finance he presided over Banking Sector Reforms.

He was replaced by Dr. I G Patel an economist and administrator who had been Secretary, Ministry of Finance and UNDP. His introduced the first ever demonetization of high-value notes, “gold auctions” and nationalization of six private sector banks. He played an active role in availing the largest inflow of IMF funds.

Dr. Manmohan Singh, who came next was an academician and administrator, who had served as Finance Secretary and Secretary Planning Commission. He introduced a new chapter at the Reserve Bank of India Act and set up the Urban Banks Department. After his stint at the RBI, he moved on the Finance Ministry introduced wide-ranging economic reforms in India before becoming the Prime Minister.

A Ghosh a former chairman of Allahabad Bank was appointed Governor for a brief period of 15 days till R N Malhotra.

Before being appointed Governor R.N. Malhotra, an IAS officer had served as Secretary, Finance and Executive Director of the IMF. He developed the money markets and launched the Discount and Finance House of India, National Housing Bank and the Indira Gandhi Institute of Development Research.

An IAS officer S Venkitaramanan had served as Finance Secretary and adviser to the Government of Karnataka. He came in at a time when the country was facing financial hardships and tried to overcome the balance of payments crisis. His term saw a series of economic reforms and Rupee devaluation.

Dr. C Rangarajan who succeeded Venkitaramanan was a professional economist. His tenure as Governor saw unprecedented central bank activism to strengthen and improve the financial sector. New institutions and instruments were introduced.

Prior to taking over as Governor Dr. Bimal Jalan, had been Chief Economic Advisor to Government of India, Banking Secretary, Finance Secretary, Member Secretary of Planning Commission, and Chairman Economic Advisory Council to PM. He had represented India in IMF and World Bank. His tenure was pockmarked by a number of ways to strengthen the banking sector, improve the balance of payments and forex position as well as soft interest rates.

An IAS officer Dr. Yaga Venugopal Reddy who assumed office as the 21st Governor had spent most part of his career in banking, finance, and planning as well as IMF. He made significant policy contributions in the areas of financial reforms; trade finance; the balance of payments, exchange rate; external commercial borrowings; center-state financial relations; regional planning; and public enterprise reforms.

The 22nd Governor of RBI Dr. D. Subbarao an alumnus of IIT Kharagpur, Kanpur, and Ohio State University — had topped the All India Civil Service examination for joining IAS and Foreign Services. One of the first IITians to join the civil services, he had served as Secretary Finance besides holding fort as Secretary, Prime Minister’s Economic Advisory Council, and World Bank. He had a wealth of experience in public finance decentralization and economic reforms.

Dr. Raghuram Rajan who joined as the 23rd RBI Governor had been Chief Economic Advisor, to the Ministry of Finance, and IMF with a wide experience in banking, corporate finance, and economic development.

Rajan’s deputy Dr. Urjit R. Patel who stepped into his shoes replaced him as the 24th Governor of RBI had also served at the International Monetary Fund (IMF) had advised the government of India on issues related to banking, pension fund reforms, and the foreign exchange market. A Ph.D. in economics from Yale University, as well as University of Oxford and University of London, he had several publications in Indian macroeconomics, monetary policy, public finance, international trade, and regulatory economics.

Patel’s successor Shaktikanta Das, IAS Retd., and the present RBI Governor has been Secretary, Department of Revenue, Department of Economic Affairs, and Ministry of Finance. He has a vast experience in governance, Finance, Taxation, Industries, and Infrastructure. A postgraduate from St. Stephen’s College, Delhi during his tenure in the Ministry of Finance he has been directly involved in preparing as many as 8 Union Budgets.

More Indian women are now determined to own their homes rather than just live in them. Women are the decision-makers. The final decision on a home purchase is taken by women for 80% of all purchases.
Read more
BUSINESS

Business is in her blood and her passion is to build companies and create products to empower women all over the world. Excerpts from an interview with Shalini Vadhera, Founder and CEO of Ready Set Jet
Read more
BUSINESS

Sonalika manufactures the widest heavy duty tractor range in 20-120 HP and 70+ implements at its Hoshiarpur facility in Punjab that caters to the varied needs of customers across the globe.
Read more