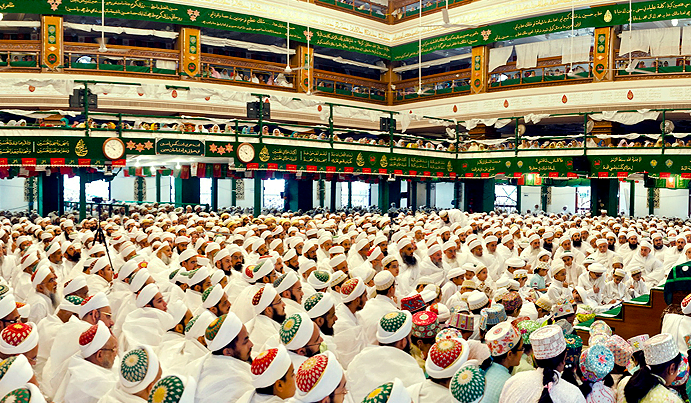 “The teachings of Imam Husain are still relevant today…. Imam Husain always stood against injustice and attained martyrdom for the sake of peace and justice,” Prime Minister of India Narendra Modi said while addressing a gathering of Dawoodi Bohra Muslim community in Indore.

Every year lakhs of devout Muslims take part in Ashara Mubaraka (lit. the ten blessed) a 10-day long period of mourning over the demise of Prophet Mohammed’s grandson (daughter Maulatona Fatema’s son) Imam Husain and his followers at Karbala. This also marks the first ten days of Moharram.

Imam Husain attained martyrdom on the 10th of Moharram in the year 61 AH after a 9-day ordeal in Karbala. On 7th Moharram, the armies of the incumbent caliph Yazid – who was in Damascus – cut off access to the river leaving Imam Husain AS and the men, women and children without food or water for the next 3 days.

On the 10th of Moharram, known as ‘Ashura’, the opposing army commenced battle slaying 72 of Imam Husain’s followers and Imam Husain himself in the late afternoon. The tragic events that unfolded that day defined Islam and its history ever since. The supreme sacrifice by Imam Husain and his followers was a rare unifying event in the history of Islam. It shook the Muslim world out of the apathy that engulfed it following the Prophet’s death and rekindled the dormant spirit of Islam in their hearts and minds. 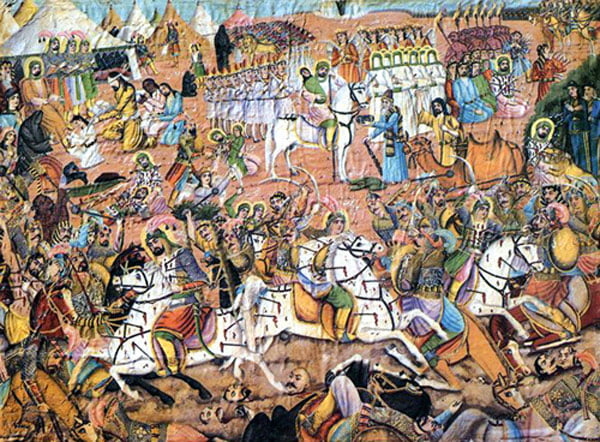 The 10-day-long Ashara Mubaraka is observed in remembrance of Prophet Mohammed and his grandson Imam Husain, who along with his family and followers was martyred in Karbala and thus became a symbol of truth, loyalty and unwavering fortitude in the face of oppression.

The Ashara Mubarakah grieving period is an annual ritual for the Dawoodi Bohra community who consider it as a must-attend event and prepare to attend it throughout the year. Asharah Mubarakah sermons and gatherings are also conducted in all the towns and cities in which members of the community reside.

“We are proud of our past, we believe in our present and are confident of our bright future”, PM Modi said.

Remembering the sacrifices of Imam Husain and appreciating the work done by Dr Syedna Mufaddal Saifuddin, the PM said that one thing common in their teachings is love and dedication towards the nation.

It is this love and affection that has brought him to Indore.  It is a part of Indian culture to take everyone along. This is what makes India different from all other countries, he said.

Modi mentioned the efforts taken by his government to improve the living standards of all citizens, especially the poor and needy through initiatives like Ayushman Bharat, Swachh Bharat Abhiyan and Pradhan Mantri Awaaz Yojana—aimed at changing the lives of ordinary people.

Congratulating the people of Indore for taking the mission of Swacchh Bharat, PM Modi said that ‘Swachhata Hi Sewa’ scheme will be launched soon and urged the citizens to participate in the grand Swacchhta mission.

Complementing the members of the Bohra Community for their honest business practices, Prime Minister said that GST, Insolvency and Bankruptcy Code are some of the new initiatives of his government to encourage honest businessmen.

The India economy is growing and a New India is on the horizon, he said.

The ‘Syedna’ or ‘Da`i al-Mutlaq’ is the highest religious and temporal leader as well as father and mother for the Dawoodi Bohras community members. The Bohras all over the world look for his guidance in all spiritual and worldly matters.

Significantly, this is the first time that Syedna Mufaddal Saifuddin will be giving his sermons in Indore. His late father, Syedna Mohammed Burhanuddin had given sermons here in 1986 and 2002 respectively.

The Bohra Community, though small, has certain special features, which have enabled it to carve a name for itself and develop a powerful code of conduct in social, religious and business affairs.

Prime Minister Modi also joined in the recitation of the Marsiya recreating the martyrdom of Hazrat Imam Husain and his followers.

Dr Syedna Mufaddal Saifuddin –the spiritual head of the Dawoodi Bohra community honoured the Prime Minister and presented him a shawl and prayer beads (Tasbih) in front of a huge gathering at the Saifee Mosque in Indore.

According to a popular legend in many parts of the world, Ganesha married to Lord Brahma’s daughters Buddhi (“Intelligence”), Riddhi (“Prosperity”) and Siddhi (“Success”) is believed to be the God of knowledge, intelligence, accomplishment and prosperity.
Read more
Editors Pick : Top Stories

The Guru Granth Sahib comprising of 1430 pages and 5864 hymns is not just another holy book but an perpetual and eternal Guru for the sikhs. The sanctity of the Guru Granth Sahib is reflected in the manner in which it was treated by the Sikh Gurus. Today, no one can alter any of word, sentence or meaning of verses in Guru Granth Sahib.
Read more
OPINION

He didn’t care who won or lost the war. His evil aim was to set Hastinapur aflame. All he wanted to do was to inject poison in the minds of Pandavas and Kauravas and watch them fight each other. He wanted to take revenge for how his beloved sister Gandhari was married to a blind man
Read more
RELIGION

The turban is an inseparable part of the Sikh identity. The Sikh Rehat Maryada (Sikh Code of Conduct) says that all Sikhs must wear a Turban. It is an ideal headgear for all seasons. In the winter, it keeps the head and ears warm while protecting the wearer from harsh sun ray and dust in summer.
Read more
LIFESTYLE

God has been communicating with man using various modes through the Holy Spirit, angels, prophets, dreams, visions, and calamities etc, then finally He sent Jesus who said, “What I have heard from the father I tell the world.”No gadget is used, yet God’s messages are lucid if the concerned person is genial. He says, “My words that go out of my mouth will not return to me empty but will accomplish what I desire and achieve the purpose for which I sent it. The Christmas message sent to Mary is still relevant to them who believe in Christ.
Read more
RELIGION

Why did Shri Krishna curse Ashwathama?