The politicians wanted to show that their heart bled for the poor farmers. However, the reality is that they could not care less. It holds true for all political parties of India.

68 years after independence 70 percent of Indians are dependent on agriculture and reside in 600000 villages. Most of these villages lack basic facilities like toilets, safe drinking water and electricity. Rural infrastructure is conspicuous by its absence.

There is also a need to step up investment in irrigation which will have a major positive effect on rural farming.

This lack of agricultural infrastructure is badly affecting Indian agricultural productivity. Nearly 66000 cores worth of fruit and vegetable produce in India gets destroyed due to non-availability of food processing plants near the place of produce.

Health care and education exist on paper and function haphazardly. It is hardly a surprise that 70 percent of the Indian population – almost 105 crore can contribute only 15 percent to the GDP and Indian economy from the agriculture sector? 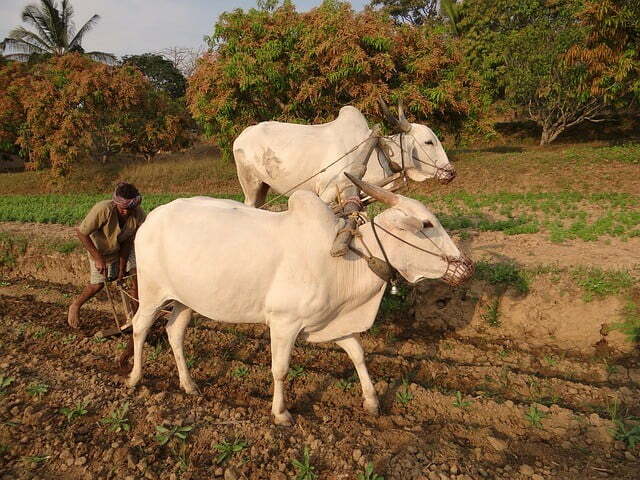 Agricultural progress is stagnating because of warped policies and vested interests of traders.

The potato crop is a case in point. Though West Bengal Chief Minister Mamta Banerjee claims to be a friend of the farmers, the ban on interstate movement of agricultural products announced by her killed even the traditional markets of agriculture producers outside the state.

Recently in UP the Government distributed cheques of Rs 100-150 to the farmers who have lost their entire crop in the unseasonal rains. After the big hue and cry the minimum compensation amount changed to Rs I500. This apathathatic attitude is bound to have an adverse effect on the Indian economy. Indian agriculture needs reforms not mercy. 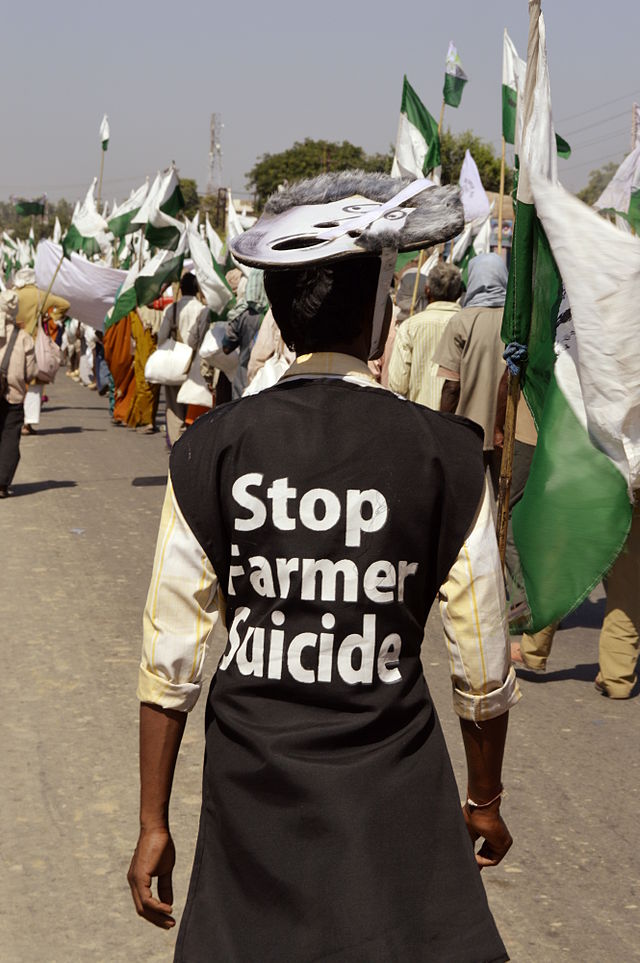 ear. Unseasonal rains have spoilt crops worth thousands of crore forcing many farmers to commit suicide. Even otherwise, farmers who are unable to bear the rising cost of inputs are regularly committing suicides year after year. All the politicians have done is to give them lip service and left them to fend for themselves.

The unproductive and uncoordinated policies of both centre and states governments have forced farmers to operate in artificially fragmented markets and deal with entrenched monopolies of the traders.

India, which has an abundance of renewable energy sources like solar and wind energy, has yet to harness them for agriculture in sufficient quantity.

The farmers who own just 2-3 acres of land are worst of the lot with barely sufficient land and produce to cater for their family needs. Their family members are forced to migrate to cities for search of jobs. Most of them live in worst conditions in the city slums.

About 10 percent wealthy farmers who have land along the road are the most vocal element against the Government’s land acquisition bill. These wealthy farmers who have many politicians as their family members are not satisfied by the government’s assurance that it would only acquire land at four times the current rates along one km corridor of land on each side of road. The farmers whose lands are in interior where there are no existing roads or those who own just 2-3 acres of land will any day part with their land for four times the price of land and then buy more land in the interior.

Instead of clogging cities with more industry and the resultant pollution, it makes better sense to take the industries near the villages so that jobs are available to the village folks and they do not have to migrate to the cities.

The Modi Government must reorient its agricultural spending priorities more so since most of the rural population young. Instead of the current subsidy programme the benefits of which hardly reach the farmers due to corruption in between.

There is a need to revive the old garland canal system by linking the rivers to each other. The states also must dismantle the farm trade barriers. The agriculture traders’ monopoly must be broken. Let the agricultural retail market get organised so that the farmers can sell their crop to the highest bidder directly.

Even after 15 to 20 years of manufacturing, it is disheartening to see a fair number of systems and components either on the import list or where indigenized giving an engineering life of about 50% or less.
Read more