Since his debut with Â“Phool Aur KaanteÂ” in 1991, Ajay Devgn has lived a multifaceted life of an actor, producer, director and writer. But he says he likes being Â“behind the cameraÂ” because he has been there since childhood, courtesy his father and stunt choreographer Veeru Devgan.

During a tete-a-tete with IANS, Ajay, who was in capital to promote his forthcoming release Â“DrishyamÂ”, said: Â“In Â‘DrishyamÂ’, IÂ’m in front of the camera, but I like being behind the camera also. ThatÂ’s where IÂ’m going to be seen in Â‘ShivaayÂ’. I feel more comfortable when IÂ’m behind the camera. It comes easy to me because as a child, IÂ’ve always been working on that side as a technicianÂ’s son.Â”

Â“ShivaayÂ” marks the 46-year-old’s return to the directorÂ’s chair after 2008 film Â“U Me Aur HumÂ”. The film has been in news for reasons other than this too! 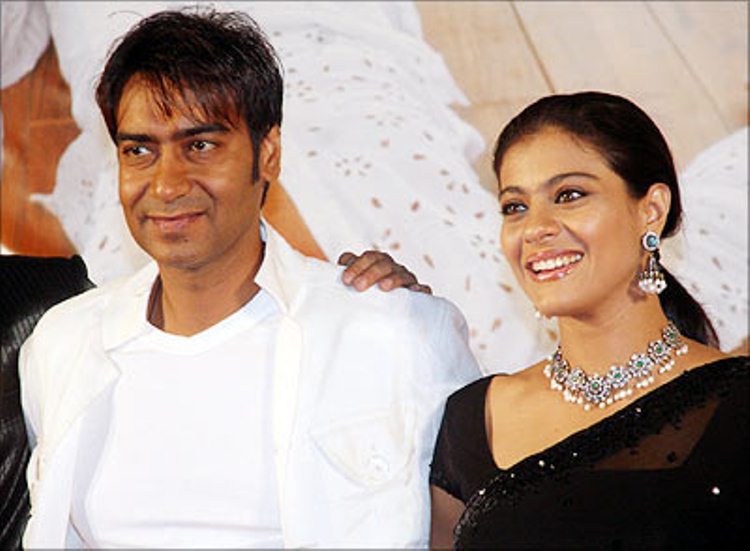 But the “Singham” star is Â“not afraidÂ” of clashes and Â“lovesÂ” it as he says it motivates him to work harder.

Â“ItÂ’s a fair call. There would be multiple occasions when two films will release together. We have enough theatres. If everything is divided well, I think both films will work or whichever with a better script, will work.

Â“In that way, clashes urge everybody to work harder. It has its minus points, but we canÂ’t resist it. IÂ’m not afraid of it. IÂ’m happy, I love clashes. It helps me work harder,” said Ajay, who is married to actress Kajol and has two children with her.

While many believe filmdom is a competitive field, Ajay, a two-time National Film Award winning actor, concedes that “there’s no competition in Bollywood”.

“We are all friends. We all have our own zone and space where we feel comfortable working in. Ultimately, there has been so much of work in the industry and IÂ’ve been working in it for almost 25 years now. So, we donÂ’t cross each others’ space,Â” Ajay said.

His forthcoming film, Nishikant Kamat’s directorial Â“DrishyamÂ”, which releases on Friday, is a remake of the Malayalam film of the same name.

Asked what viewers can expect this time from him, Ajay said: Â“Hopefully something different, because Â‘DrishyamÂ’ is about the character of a common man who has got a lot of shades. He shows a visual which is deceptive and manages to practically con the whole police force.

“IÂ’ve not seen the Malayalam film. This is my take of the character because Mohanlal is a fabulous actor and I didnÂ’t want to get into his shoes.”

Considering that the multi-lingual drama “Baahubali – The Beginning” has broken film records in the country, is Bollywood facing stiff competition from southern cinema?

Â“Not really,” said Ajay, and added: “I donÂ’t understand why we divide south and north as it’s one film industry and one country. Remake of south films have been made in Bollywood. But itÂ’s not a one side thing as in south also we have had remakes of Bollywood films. So itÂ’s a nice exchange of literature.”

But when he looks back, he says: “I donÂ’t even realise that itÂ’s been 25 years. Good times fly too fast and today also I feel like I just started yesterday. My journey has been fabulous and so smooth that I havenÂ’t realised it at all.Â”

if death is the be all and end all - why should we bother about doing good deeds and fear punishment for our sins?
Read more
LIFESTYLE

BharatMatrimony’s Online Matrimony Trends Report 2020 reveals that even COVID-19 could not stop ready-to-marry singles from searching for a life partner.
Read more
LIFESTYLE

Every man is the architect of his own life, still, instead of changing ourselves most of us spend too much of our time and energy blaming others for all the problems in our life.
Read more
Consumer Affairs

Meritnation registered 4X growth in live classes during the pandemic

Indian Edtech major Meritnation registered impressive four-fold growth in live classes and paid users during the lockdown. Meritnation is a pioneer in the field of online learning in India having started live classes in 2014. Till date it has over 2.5 crore registered students, 10 million-plus app installs and over 47 million tests attempted.
Read more
LIFESTYLE

The human race is in pain and suffering more than ever before. The root cause of this is because the powers that run the world -- have failed miserably to look after the wellbeing of people at large.
Read more
COVID 19

Heartbreak and stress during COVID-19 Pandemic

Fights between couples are common during the period of lockdown as people are spending more time doing work from home and less time having a conversation with each other. There is no dedicated time for work and social life. The stress level has drastically hyped because of financial worries.
Read more
Entertainment

Aiban’s perseverance is finally paying off. The man from Meghalaya impressed all and sundry with his displays in the colours of Shillong Lajong in the I-League.
Read more