The man who got promoted for ruining MMTC 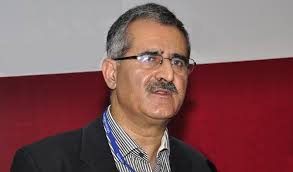 There is a saying what you sow… so shall you reap.

A CEO of a private corporation engaged in loss-making shady deals may be called to question and possibly shown the door, but it seems the same rules do not apply to Teflon coated Indian bureaucrats heading public sector corporations.

It is the message that one gets from the fate of Deepinder Singh Dhesi a 1982-batch Haryana cadre IAS officer who got promoted even after allegedly ruining MMTC and its work culture as its Chairman and Managing Director.

According to sources, D. S. Dhesi who held additional charge of MMTC was never really interested in the commercial viability of the trading organization. “He had his selfish objectives and favors like stay in luxury hotels and staff cars at his disposal,” sources said.

Reportedly some of the hallmarks of Dhesi’s tenure were – indiscriminate charge sheet against honest officials, sheltering the corrupt and decision-making in the hands of a select coterie of staff members.

Such was the sorry state of affairs that Metals and Minerals Trading Corporation of India MMTC Ltd., — one of India’ top exporters, highest foreign exchange earner and largest public sector trading giant and Five Star Export House was allegedly transformed into a school for scams, scandals, and shady deals.

According to insiders, D S Dhesi’s tenure as CMD was one of the worst phase seen by MMTC. Even though MMTC has seen many corrupt and weak leaders in the past, it was never a loss making organization. But during Dhesi’s tenure MMTC for the first time went into the red. It was also a period when delinquent officials were protected, and honest officers were victimized; as a result, there was no incentive to work and MMTC’s revenue dropped by one-third.

Allegedly such was the mismanagement that persons with shady backgrounds – Rajeev Jaideva, Anand Trivedi, and M G Gupta were not only allowed to rise to board level posts but also to abuse their positions to draw allowances beyond 50 % of basic pay that is the maximum permissible as per DPE guidelines.

One of the first things that Deepinder Singh Dhesi did after taking over as CMD on Oct 6, 2012, was to bring in his set of people in the Functional management committee of Directors. MG Gupta, who caused a loss of Rs 10 Crore to MMTC in the M/s Suchetan Exports deal, was appointed Director (Finance) (MMTC). He was te one who ordered import of 11,000 MT of coal at a higher price from the foreign supplier. MMTC  suffered a loss of Rs 10 crore in the deal) while Anand Trivedi, another Dhesi favorite was appointed Director (Marketing), in July 2012. Incidentally, Anand Trivedi – a B Com third class is the son of former Chief Election Commissioner of India and Governor of Gujarat R K Trivedi.  Likewise, Rajeev Jaideva against whom strictures were passed by the CBI for showing undue favors to NAADP without requisite securities was appointed Director (Personnel) flouting the PESB rules.

All this is similar to the infamous promotion fraud in MMTC when Nripendra Mishra was Additional Secretary in charge of MMTC in 1996 when 18 DGMs were promoted to the post of GMs. It was way beyond the sanctioned strength of 31 GMs.

MMTC entered into a Long Term Agreement (LTA’) to purchase freshly mined and washed coking coal’ from Anglo on FOB (trimmed) basis from DBCT Gladstone in Australia. The agreement between MMTC and ANGLOCOAL ran into rough waters and the Arbitration Award was pronounced in May 2014 for alleged non-lifting of 453,034 MT of coking coal by MMTC and Anglo was entitled to recover damages from MMTC to the tune of 78 million US dollars (USD) with interest.

MMTC challenged the Arbitration Award in Delhi High Court through former Union Law Minister P Chidambaram, but their Petition was dismissed. “For the aforementioned reasons, the Court finds no grounds having been made out by MMTC under Section 34 of the Act for interference with the impugned majority Award dated 12th May 2014. The petition is dismissed with costs of Rs. 1,00,000 which shall be paid by MMTC to Anglo within four weeks”, the Delhi High Court order by Justice S Murlidhar read.

Dhesi allegedly suppressed the liability on MMTC of USD 78 million (Rs 500 crore) plus interest (as per the arbitration award) by not informing the Department of Commerce. Further instead of taking disciplinary action against the guilty officials a charge sheet was initiated against M. Thyagarajan (the then CGM) who was the whistleblower and the complainant to CBI in Chennai Gold Fraud Case (Rs 120 crores). Ironically one of the prosecution witnesses in the departmental inquiry against Thyagarajan, Gurumurthy then GM (F) was an accused in CBI’s Charge sheet in the Chennai Gold Fraud case.

In what is a carefully guarded secret DS Dhesi, MG Gupta and Anand Trivedi flouted all norms to participate in speculative gambling at the Jignesh Shah-promoted National Spot Exchange Limited NSEL.

Both MG Gupta and Anand Trivedi had close links with Jignesh Shah since the time they were CGMs (West Zone). MG Gupta even managed to get his son Vineet Gupta employed in NSEL. But instead of initiating disciplinary action against him, Dhesi sided with him to trade on NSEL platform.

Following a circuitous route trading on NSEL was approved by MMTC’s Functional Management Committee of Directors (FMCOD) chaired by Dhesi without taking the approval of Board of Directors as required under the MMTC’s Delegation of powers (DOP). Accordingly GM (Precious Metals) N Balaji and GM (F&A) T Kumaran were asked to sign the application for NSEL membership on behalf of MMTC.

Interestingly even at that initial stage CGM(Finance) Vijay Pal and GM (Finance), Surjeet Singh, objected to the high-risk trading at NSEL where warehouse receipts were not supported by physical stocks, but Dhesi overruled their objections in the 88th meeting of the Functional management committee of Directors held on 14 June 2013?

The result was a whopping loss of Rs 250 crores due to speculative trading through NSEL. Money was advanced to private parties without any collateral security that was in violation of Delegation of Powers of MMTC. MMTC acknowledged a loss of Rs 226 in its quarterly results ending 30 June 2013 and Rs 25 crore on account of VAT.

Interestingly the associates of MMTC who acted as sellers were also the buyers for the same commodity that was sold to MMTC? Many of these buyers and sellers like Mohan India and Yathuri Associates were common to both NSEL and MMTC.

The Supreme Court in the State of Gujarat vs. Mohanlal Jitamalji Porwal and Anr. AIR 1987 SC 1321, observed, “The entire Community is aggrieved if the economic offenders who ruin the economy of the State are not brought to book.”

Likewise in the Ram Narain Popli vs. CBI, 2003 (3) SCC 641, the Apex Court observed, “In the last few years, the country has seen an alarming rise in white-collar crimes which has affected the fiber of the country’s economic structure. These cases are nothing but private gain at the cost of the public, and lead to economic disaster.”

It’s a small wonder why India’s mega public-sector undertakings continue to make losses and bleed because of mis-Management and total lack of accountability from top to bottom in the leadership chain.

Right from the very beginning in 1963, MMTC has had a checkered history of misgovernance, nepotism, and corruption. Recently the Comptroller and Auditor General (CAG) of India passed strictures against MMTC financial mismanagement, possible fraud, negligence and absence of fiscal prudence. According to the CAG report tabled in the Parliament, MMTC suffered a loss of Rs 1.33 crore in a deal with Suchetan Export Pvt Ltd for the procurement of cotton waste. The CAG report expressed concern over losses suffered because of inadequate security and release of stock on the basis of PDCs (post dated cheques) in various deals.

This notwithstanding D.S. Dhesi a 1982-batch Haryana cadre, IAS lords over as the 32nd chief secretary of Haryana. Dhesi, who still has nearly four years of service left, took over from P.K. Gupta as Haryana chief secretary on Dec 1, 2014.

More Indian women are now determined to own their homes rather than just live in them. Women are the decision-makers. The final decision on a home purchase is taken by women for 80% of all purchases.
Read more
National

The possibility of creating your own business becomes a reality as you read through this book and apply the proven techniques in your domain. All the knowledge and tools to organize your business effortlessly and manage it effectively are revealed in this book
Read more
CORPORATE DOSSIER

In Indian real estate, every day is Women’s Day now! From being part of the home buying process to driving it, women today have emerged as a powerful demographic in ANAROCK's latest survey
Read more
LIFESTYLE

Furniture Retailers have grown into manifold during the last five years, and this is the most visible and viable change one can observe in the market captivity.
Read more
BUSINESS

Interestingly, the cultivation of the majority of Rabi crops has brought good news as the area under cultivation has seen an increase of 2.86 per cent this Rabi season. Area sown under wheat has increased by 2.95 per cent year-on-year in Rabi 2020-21 to 34.63 million hectares. For rice, the increase is over 16.63 per cent. All this shows the resilience of the Indian agriculture sector.
Read more
Consumer Affairs

In his remarks after the Union Budget was tabled in the Lok Sabha, Prime Minister Narendra Modi said that the Budget carries a vision of Aatamnirbharta and inclusion of every citizen and section.
Read more
BUSINESS

The biggest question in everyone’s mind of is -- would Nirmala Sitharaman’s first-ever digital Budget transform India into a land of promise and hope?
Read more