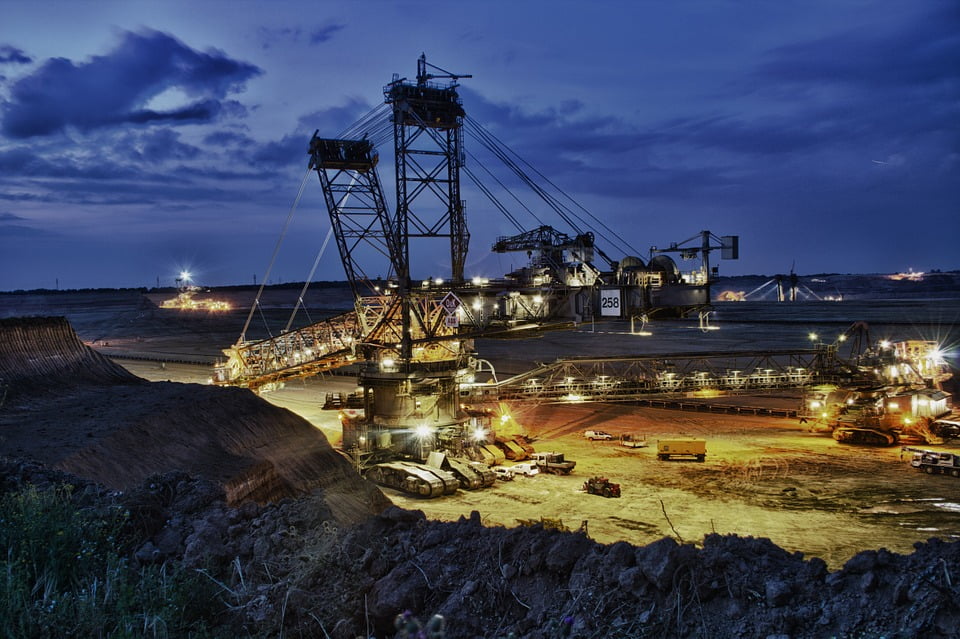 Minerals are back-bone of Australia’s economy. Australia is leading producer and net exporter of minerals. More than 300 mines over Australia produce over 22 varieties of mineral ores. Mining has directly or indirectly touched the lives of people and contributed billions of dollars to Australia’s wealth. The industry has developed 26 towns, 25 airfields, 2,000 kilometers of railway and 12 ports besides upgrading the facilities in existing ports.

Mining industry has been a catalyst for Australia’s economic development and is the largest source of private employment. Around 167 000 people are directly employed and almost a similar number some 153 000 are indirectly employed by the industry. The industry also serves as a spring board to leverage a number of immigrants wanting to make a fortune.

It is said to be so important that – when it sneezes the Australian economy catches a cold. The industry accounts for 7% of GDP, 20% of investments and 50% of exports of goods and services.

Minerals are Australia’s largest export. Coal and iron ore – are two of Australia’s largest export earners. The two types of coal mined in Australia include high-quality black coal and the lower-quality brown coal. The Black coal is mined underground in Queensland and New South Wales, and is used for domestic and overseas power generation and industrial boilers. Brown coal found in Victoria and South Australia is of lower quality due a higher ash and water content. Australia holds 8 per cent of the world‘s black coal resources and accounts for 6 per cent of world production. In terms of brown coal resources Australia represent 24 per cent of total world resources. Coal is Australia‘s biggest export commodity. Australia accounts for around 34 % of world black coal trade—54% of world metallurgical trade and 18% of thermal coal trade. Almost 75% of Australian black coal production is exported. Australia has one of the largest coal reserves (76200 million ton) almost 10% of the world total.

Coal –also referred to as Black Gold — accounts for 25% of Australia’s exports. Though Coal is mined in varying quantities in almost every state of Australia, New South Wales (NSW) and Queensland – account for 97% of Australia’s production and almost its entire black coal export. Victoria has the largest reserves of brown coal, used exclusively for power generation. The brown coal deposits in Victoria with low mining costs is one of the world‘s cheapest sources of energy. Its things like these that make mining– a sunshine industry, for times to come, in the foreseeable future.

Coal mining is a highly capital-intensive, hi-tech activity. Coal exploration is risky with huge upfront capital investments, sophisticated technology and long gestation period. With its proven technical expertise in project management, design, construction and operation of mines, transportation and support from start to finish, Australia is an efficient and reliable partner—the best in the industry.

Likewise Indian companies like GVK Coal, Aditya Birla Minerals Limited (ABML), Australia, International Coal Ventures Ltd. (ICVL), Tata BlueScope Steel, Adani Enterprise (AEL), Bhushan Steel, Gujrat NRE coke, Tata power and Sterlite want to acquire a mine or two, in Australia. A few of them have bought up almost everything for sale in Galilee Basin in central Queensland, tipped to be the next mining hotspot.

Indian conglomerate GVK owned by billionaire GV Krishna Reddy 79% and the richest woman in the world Gina Rinehart 21% is really big with a potential to generate 4,000 jobs at its peak. The project involves purchase of three coal mines and a fully owned 500km railway system to take the coal from the Galilee Basin to the port at Abbot Point.

Another Indian Company — Adani Group created headlines when they announced their $10-billion plan to build Queensland’s largest coalmine called the Carmichael Coal Project, a 500-km railroad, a new township and a Greenfield airport. The Galilee Basin in central Queensland with a mine life of 100 years is expected to yield 60 million tonnes of coal per year — mainly for domestic consumption in India.

With basic confidence building measure already in place both India and Australia just have just to keep the friendship warm and fresh. The window of opportunity for India is that for quite some time Australia will have surplus coal to sell.

Almost 69% of electricity in India is produced from coal-fired power stations. India plans to double its power generation over the coming decade. Already 28 coal-fired plants are under construction and another 28 on the drawing board. Despite this, over 400 million people in India remain without electricity. This is notwithstanding the fact that India has the fourth-largest coal reserves in the world and ranks 3rd in coal production (530 million tons a year).  Still it has to import about 67 million ton annually to meet the increasing domestic demand.

Almost all of 565 coalmines in India are operated by Coal India and its subsidiaries, accounting for 86% of coal production.

World Coal Institute estimates the coal demand to grow to 758 million tonnes in 2030 as a result of which India might have to import close to 151 million tonnes by 2030 according to IEA World Energy Outlook. Yet another report by Wood Mackenzie predicts: India will import at least 400 million tonne of coal in 2030.

Due to critical shortage of 114 million ton of coal about 30 of India’s thermal power stations today have less than a week’s coal. India needs a continuous and assured energy supply.

To meet this need many Indian private companies are heading towards Australia. Even the state owned COAL India Limited is negotiating a $ 1 billion deal with Peabody Energy for a stake in four Australian coalmines.

The year 1999 saw the formation of the Confederation of Real Estate Developers' Associations of India (CREDAI). The mission of this association of real estate developers was - and remains - to implement self-regulation among developers, and ensure that all member builders work in a cooperative and well-planned manner.
Read more
International Business

Mugnier expects to launch between six to eight new models in India in the next 24 months.
Read more
BUSINESS

Sonalika manufactures the widest heavy duty tractor range in 20-120 HP and 70+ implements at its Hoshiarpur facility in Punjab that caters to the varied needs of customers across the globe.
Read more
Consumer Affairs