Assam’s brass industry on the verge of closure 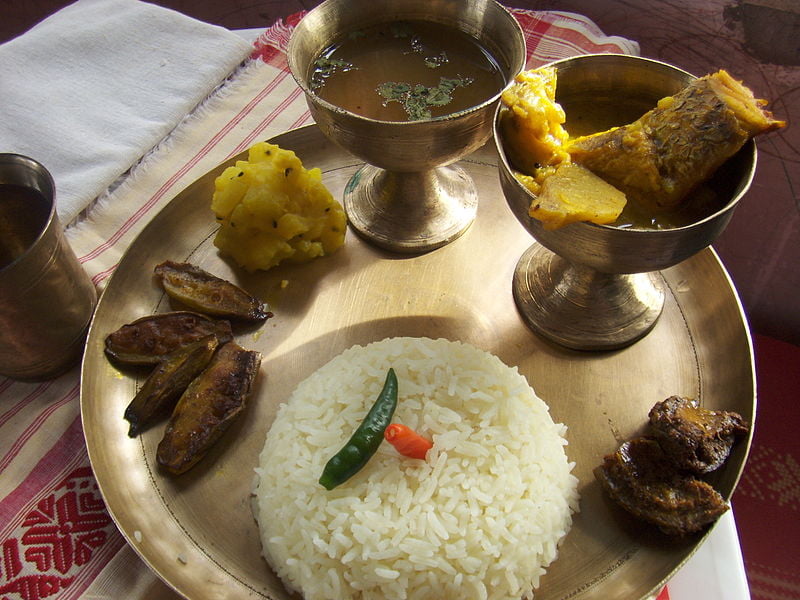 Artisans working for generations to make captivating brass artifacts and utensils have written to Prime Minister Narendra Modi – for succour as their vocation is threatened by rising costs and dwindling profits.

Over 300 artisans, involved in the brass industry in Kartimari and Sapatgram villages in Kokrajhar and Dhubri districts respectively, have now sought to attract the attention of Prime Minister Narendra Modi – who has launched the “Make in India’ and “Make in the Northeast” initiatives – to revive the industry that is around a century old.

The traditional way of making different things from brass has not only given the villagers an identity but also provided employment opportunities to the youths of the two villages.

The once flourishing village industry has hit such a nadir that many artisans have already shut shop and their young wards have since switched over to other more remunerative professions or simply left for Kerala, Gujarat and neighbouring West Bengal to work as manual labourers.

“We have been making for generations now brass utensils and artifacts like plates, bowls, cymbals and other items used for daily household work, as well as in marriages and religious functions. From more than 300 people of over 100 families once dependent on the industry, the number has now come down to less than 50 families. We not only supplied brass items to markets in Assam and West Bengal, but also won awards way back in 1993 and 1994,” artisan Ram Prasad Karmakar, 45, told IANS.

“I will definitely resume production of brass if we get some help from the government,” he said.

The villagers, mostly Hindu Bengalis, collect brass scrap supplied by traders in nearby markets, smelt it in coal-fired ovens and then make attractive items by hand. They forge the brass items with the help of tools they have themselves prepared.

“There is still a huge market for our products in Assam and West Bengal. We require electric machines to melt brass scrap, but it requires a lot of money. We formed a cooperative society a few years ago, but it did not last long due to lack of government support,” Bimal Karmakar, another former metal artisan at Kartimari village in Kokrajhar district, told IANS.

“After we heard Prime Minister Narendra Modi talking about reviving village industries under the ‘Make in India’ campaign, we got an email sent to Modi for help. We even received a confirmation it had been received,” he said.

“If the government provides us financial support and a little help to improve our skills, we can revive the village industry. Young boys who left for Kerala, Gujarat and West Bengal can return and work here again. Many old artisans are very good in designing, but the trade will be lost forever unless something is done,” said Sambhu Karmakar, a brass metal artisan at Sapatgram.

The village industry used to provide jobs to even women as they made the earthen pots used in melting brass scrap or other raw material used for making brass utensils.

Bad shape of the brass industry has not only led to economic hardships for the villagers but also led to other social problems.

“People have migrated to urban areas in search of jobs. They have also begun sending youngsters to work in paddy fields in nearby villages or even outside, which has led to increase in the number of school dropouts here,” Sambhu Karmakar said. (IANS)

Sonalika manufactures the widest heavy duty tractor range in 20-120 HP and 70+ implements at its Hoshiarpur facility in Punjab that caters to the varied needs of customers across the globe.
Read more
Consumer Affairs

In his remarks after the Union Budget was tabled in the Lok Sabha, Prime Minister Narendra Modi said that the Budget carries a vision of Aatamnirbharta and inclusion of every citizen and section.
Read more