Home BUSINESS Are woman bankers in India getting a raw deal?
BUSINESSNEWSInvestigationNational

Are woman bankers in India getting a raw deal?

Naina Kidwai and Chanda Kochhar are living legends in the world of banking and finance. When they started working, there were hardly any women on the top of the pyramid. There were the ones who broke the glass ceiling, and the rest is history. They are today models for other women bankers.

Naina Lal Kidwai an Indian banker and former President of the Federation of Indian Chambers of Commerce and Industry (FICCI) is currently the Group General Manager and Country Head of HSBC India. Chanda Kochhar is MD and CEO of ICICI Bank India’s second-largest bank — the largest in the private sector.

It was a historic moment when Ranjana Kumar stepped in as Chairperson and Managing Director of Indian Bank – then a beleaguered Bank in 2003. Starting her career in 1966 as a Probationary Officer in Bank of India, where she handled various departments before she became the first woman to head a PSU Bank in India. The Indian Bank was in precocious condition, bleeding with huge losses. But she was able to turn around the Bank. 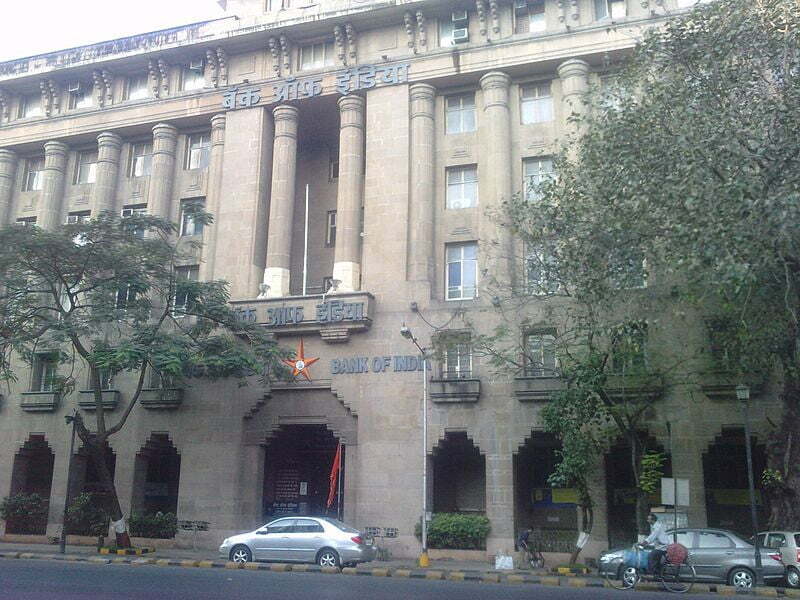 Like her Nupur Mitra used her extensive Board level and Executive experience across to rewrite the fortunes of Dena Bank a fundamentally strong bank when she was appointed its Chairman and Managing Director in 2011. Starting her career with Bank of India in 1975, she went on to head London Branch of Bank of India in mid-2001 before stepping into the corner office.

It was after a long wait of 206 years before Arundhati Bhattacharya 58, stepped in as the first woman chairperson of State Bank of India SBI in October 2013. SBI is India’s largest commercial bank in terms of branches, HR, credit expansion, deposits, investments, net profit, market capitalization, ATMs, fixed assets, and the nation’s largest lender. Arundhati, who joined SBI as a probationary officer (PO) at the age of 22 in 1977, held several positions in foreign exchange, treasury, retail operations, human resources and investment banking in her 36-year career. Immediately after joining she set six strategic goals for SBI. These included NPA reduction, risk management, cost control, improving delivery standards, non-interest income, and leveraging technology. She walked the talk as almost in all goals and made tangible progress in all the six fronts. NPA risks were contained – which clearly shows that women are not less competent than their male counterparts.

Close to her heels Usha Ananthasubramanian stepped in as the Chairperson and Managing Director of Rs 1,000 Bhartiya Mahila Bank, the first all-women bank. Usha Ananthasubramanian started her career in the actuarial department of LIC and Bank of Baroda and was executive director of PNB before heading the Bhartiya Mahila Bank in a career spanning over 31 years.

It took 45 years after bank nationalization for women to become CEOs of Banks in India. This opened the floodgates. Today several women are women are managing foreign and state-run banks.

• Vedika Bhandarkar is the managing director of Credit Suisse India.
• Kaku Nakhate, is president and country head (India), Bank of America Merrill Lynch
• Kalpana Morparia is CEO of J.P. Morgan, India.
• Meera Sanyal is the country head of Royal Bank of Scotland
• Manisha Girotra is the MD of Union Bank of Switzerland’s India operations.
• Suvalaxmi Chakraborty is CEO of State Bank of Mauritius in India
• Aisha de Sequeira is co-country head India, at Morgan Stanley.
• Vishakha Mulye is CEO & MD of ICICI Ventures- a subsidiary of ICICI Bank.
• Shubhalakshmi Panse is the first woman to head the 148-year-old Allahabad Bank
• Renu Sud Karnad is MD of HDFC
• Shikha Sharma, is MD and CEO, Axis Bank
• Archana Bhargava, is CMD, United Bank of India
• Vijayalakshmi Iyer now retired was CMD, Bank of India
• Tarjani Vakil was chairperson of Exim Bank in 1996
• Ranjana Kumar is the chairperson of National Bank for Agriculture and Rural Development (Nabard) and was CMD of Indian Bank.

The trend started in the mid-80s when some smart women B-school graduates got absorbed in the fast expanding Indian banking sector. As a result banks like ICICI, HDFC, HSBC and Citibank hired many female employees in the mid-80s and early 90s. Three ICICI employees —Chanda Kochhar, Shikha Sharma and Renuka Ramnath benefitted from this and quickly reached the top. Kochhar, who joined the bank as a management trainee in 1984, did not stop till she became Managing director and chief executive officer in 2009.

A COMMA OR FULL STOP?

But before you form an opinion wait till you hear the other side of the story – only a small proportion of women end up in high-end jobs. It holds true in other sectors of the economy as well — only 14% of all the 22.6% women employed in business, make it to senior management level.

All this is because women are perceived as “less assertive,” “less competitive,” and “less aggressive”. Being aggressive is considered a natural trait for men while women who are either too aggressive or ambitious are considered bitchy.

According to a Catalyst report, just working hard is not enough one needs to be aware of organizational politics and the advantages of self-promotion to succeed. Regardless of gender and ethnicity, unwritten rules play a major role in career advancement. Career strategies involving communication and feedback, performance, career planning, increasing visibility, and relationship building were particularly important to career advancement. The most effective strategies to learn the unwritten rules for advancement in the workplace were observation, seeking out mentors, and soliciting feedback.”

But this is as far as the Laxman Rekha goes. There aren’t too many women on top of the banking horizon. Only two woman leaders are holding prominent positions in the state-run banking industry. Swati Piramal is a non-executive director of ICICI Bank and vice-chairperson of Piramal Enterprises while Krishna Guha is executive director Dena Bank. Guha was previously General Manager of Allahabad Bank prior to her elevation.

Only 36 out of 630 general managers in all Indian banks are women. The state-run banking industry has very few women in the higher management levels.

State Bank of India has the maximum- 16 women GMs in 138 others; Bank of Baroda, Canara Bank, and Indian Overseas Bank have three each, and PNB and Union Bank have two each. Most other state-run banks don’t have any woman in their top management hierarchy.

Just 3% women reach top executive posts, only 11% become officers and 26 % retire as clerks in the public sector banks where women are 17% of the overall workforce. The situation is a shade better in the private banks, where women constitute about one-third of the workforce.

The business of banking more or less remains an old-boys club.

The issue is why? Are women incapable of handling administration, manpower, finance or banking?

Why just woman chief executives, even women customers especially female entrepreneurs and borrowers are treated less favorably than men? According to a report, “Women and banks: Are female customers facing discrimination?” businesswomen in Europe are less likely to get a loan from banks than businessmen. Male entrepreneurs are 5 percent more likely to get a business loan from banks than women.

Another study of 14,108 firms in 34 countries shows that women are often required to pay 0.5 percent higher interest on a business loan than men or produce more collaterals or guarantees. Pregnant women have to face much worse discrimination.

Culturally women not only have to look after the office but also manage their families. It is one reason most women do not aspire to higher posts as it requires frequent transfers. By the time, they get into their fifties most women – like to retire and devote time to their families instead of aimlessly waiting for a chance to warm the CEOs chair that may or may not come.

Shashi Aggarwal not only donated plasma thrice in the past few months but also motivated others to do the same, saving 497 lives
Read more
National

It is not easy for women to prove themselves and be treated as an equal, if not better, in a male-dominated world. Here is a list of women who defied all odds and dared to be different.
Read more
LIFESTYLE

Furniture Retailers have grown into manifold during the last five years, and this is the most visible and viable change one can observe in the market captivity.
Read more
International News