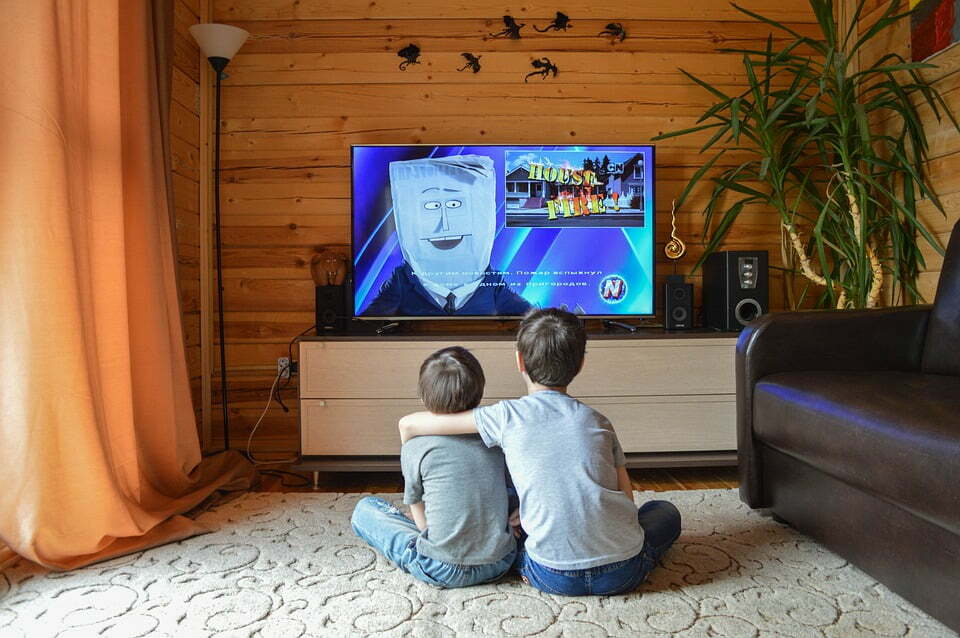 If everyone demanded peace instead of another television set, then there’d be peace–John Lennon

It’s a known fact that television has become an intricate part of our everyday lives. By its ability to implant identical images into the minds of millions of people, TV can homogenize perspectives, knowledge, tastes, and desires, to make them resemble the tastes and interests of the people who transmit the imagery.

It is estimated that 75 per cent of everything on TV, both programming and commercials, is created by approximately 100 large corporations whose only intention is to maximize their profits for their shareholders in whatever ways are legal. A recent study states that an average viewer watches 21,000 commercials every year, each one trying to convince him/her to buy or do something that is in the advertising corporation’s best interest, whether that coincides with his interest or not. Because of this, corporations are beginning to control more and more aspects of human consciousness. They are training us and interpreting for us as to how we see ourselves and our world, what is important and what is not, how human relationships, from those among individuals to nations, should be handled and what it means to be a human in the 21st century. In short, the corporations are becoming the global elders passing on their wisdom to mankind by capturing their attention, just like our elders have been doing since ages.

In the past, most cultures were based on communal ownership, respect for the earth, respect for elders, sharing, generosity, sexual abstinence, co­operation and non-materialism. All these values are debased with the introduction of modern television, which presents values in direct opposition to these. Before the introduction of TV, these traditional values were passed on from generation to generation through the method of storytelling by elders in the family. Their stories were not just entertainment but moral instructions telling the youth how to live. But with invent of satellite television, this storytelling has almost ended, because the storytellers cannot compete with over 200 television channels that are running 24 hours a day.

Our ancient civilization has always put emphasis on respecting women, but today it is quite difficult to maintain as people spend hours watching TV where women are often portrayed as sexual objects or victims of violence. Today our average health graph has gone down because television promotes unhealthy eating choices while encouraging passivity. In affluent societies, where people can afford several televisions, people no longer watch television together but are often isolated in their own rooms, sitting silently, alone in front of a flickering tube. Those who are affected the most from television are ‘children’, Yes! it is a fact because those children who were once obedient and respectful, become argumentative and unruly, mimicking the behaviour they witness on TV. They begin to believe that all forms of behaviour are acceptable, as a result of which they often become hyperactive, greedy and violent.

Television stifles creativity while encouraging uniformity. It alters the way people view their environment, animals and plants, and their attitudes about property and land ownership. It encourages the young to leave the native environment in search of all the things and pleasures that TV has told them they must get.

Hours spent talking with family, friends and neighbours, walking in the midst of nature, doing chores, reading, playing music, doing arts and crafts, has now been replaced with hours absorbing the life-devaluing values of those that control the media. In its wake, it destroys family and community life as well as relationships among individuals.

Remember!! Watching TV, by its nature, is not a give-and-take activity. It is a one way street to what appears to be a dead end as it reveals the awesome power of the few speaking into the minds of the many. The only thing that will limit this effect will be individual decisions to partially or totally unplug from the tube and replace television watching with more life-giving alternatives. So start being the change you want to see in society and save the future generation from the ill effects of the idiot-box.

15 Sept 1959 was a landmark in the history of Doordarshan (DD) when it started its first transmission with a small transmitter and makeshift studio in Delhi. Doordarshan then was a part of All India Radio which had complete control over the overall production and content. The 9th Asian Games in 1982 was another landmark when Doordarshan switched to colour transmission.
Read more
National

India @ 75: Why everyone wants to be friends with India?

“Hele Verden vil være Venner med Indien" read the headline of a Newspaper meaning “Everyone wants to be friends with India". This is the importance of India
Read more
DEFENCE

At the time of independence, the Indian Armed Forces were equipped to consolidate the British Raj. Today we have the fourth largest Armed Forces in the world.
Read more
CORPORATE DOSSIER

Our main objective is to help you choose some of the best dual shower head Australia you can buy online. Think out of the box! Be creative and make your bathroom the most elegant as possible.
Read more
National

Incredible India- the journey from scarcity to surplus

Around 1700 AD, the Indian subcontinent had become the world's largest economy, producing about 25% of global industrial output. This is what attracted East India Company and other European Companies to commence trade with India.
Read more
NEWS

Why should so many govt departments, and corporate offices be based in or around Delhi?

In India apart from the ministries, and government departments, many PSU and corporate offices are clustered around Delhi. Many of these need not be here.
Read more