The state of gloom in the Indian Tyre industry 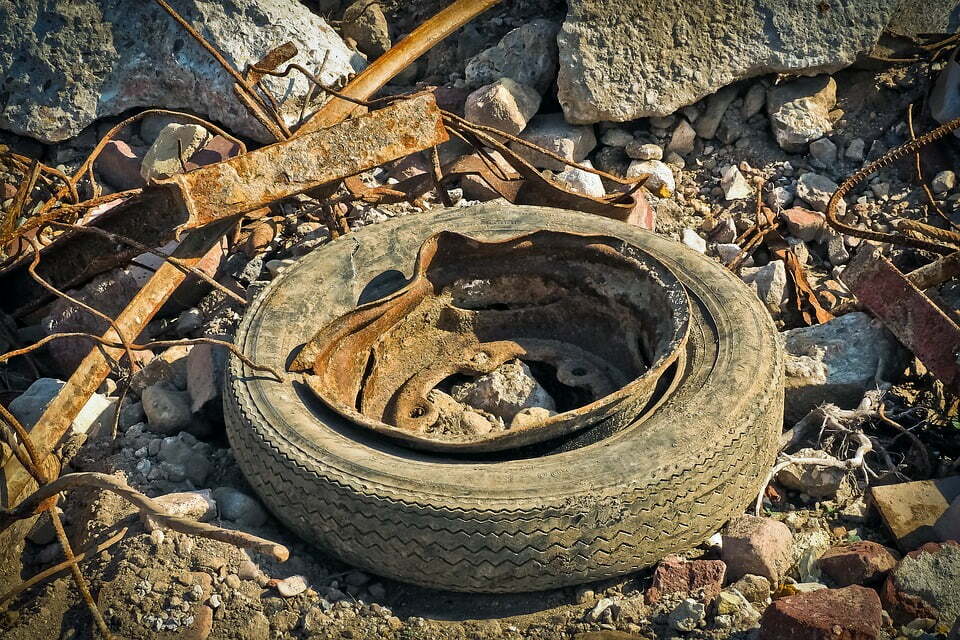 Tyres have a tendency to improve fuel efficiency and account for about 20–30% of vehicular fuel consumption. The capital intensive tyre industry in India is highly organized and concentrated in hands of some 39 tyre companies – who dominate the market. The top four– control over 80% of the market share in terms of revenue. The organized segment in the tyre industry in India largely produce tyres for motorized transport in the form of Trucks, Buses, Cars, and Two wheeler segments while the unorganized segment mostly cater to demands of the bi-cycle industry.

In all the 11 players in the tyre industry who constitute to form the Automotive Tyre Manufacturers’ Association ATMA include: Apollo Tyres, Birla Tyres, Ceat, Bridgestone India, Continental India, Goodyear, JK Tyres, Michelin India, MRF, TVS Srichakra, and Yokohama India. One of the most dynamic industry bodies, the ATMA headquartered in New Delhi – is the eyes, ears and voice of the Indian tyre industry. Collectively its members account for over 90% of the total tyre production for use in both the domestic and international markets. The Indian tyre industry can rightly claim credit for being a major foreign exchange earner – due to export of tyres worth thousands of crores – to more than 100 countries, including USA, European Union, and UAE.

The ATMA acts as a conduit between the Government and the industry – to safeguard and promote the ease of doing business and wellbeing of the tyre in India. The ACMA positions itself as an active participant in policy framework and decision making process between the Government and the industry in the ever-changing economic environment. The Association also acts as the industry’s spokesperson to liaise with the media, opinion leaders, NGOs and other Industry bodies across the world — to present the feelings and concerns of the Indian tyre industry in proper perspective to anyone and everyone who matters.

The tyre industry in India is consolidated in the hands of two major fragments – including the Original Equipment Manufacturers (OEM) and replacement segments. Both these segments — together give shape and set the mood, trend and contours of the tyre trade in India.

The OEMs essentially comprise the automobile manufacturers buy tyres in bulk from the manufacturers and fit them in the brand new vehicles produced by them. On the flip side of the coin is the replacement segment which includes price-sensitive end consumers, automobile dealers and showrooms who not only sell new ones but also fit retreaded and refurbished if the customer so demands.

Over the past few years –export of different categories of tyres has been growing steadily contributing a sizable amount of the tyre industry’s annual profits.

In retrospect a big difference that has been observed is that the customers today are more aware of features like material used, fuel efficiency, durability, high load carrying capacity, wet grip, mileage, wear and tear, rolling resistance, tyre size, tread pattern and braking performance of tyres sold by different manufacturer. About 35% of the total tyres sold in the Indian market claim to be fuel efficient.

Another factor worth mentioning is that the consumers in India generally prefer second-hard, worn-out, and retreaded tyres, instead of new, expensive range of tyres, especially in the LCV and HDV segment. There is a big economic reason behind it because on an average a retreaded tyre costs just 20–30% of the cost of a new tyre. In case of retreaded tyres the worn-out tread of the tyre is removed and replaced by a new tread called casing – thereby extending the life of the old tyre. In the long run a tyre can be retreaded about two to three times in its life cycle and usually lasts for about 100,000 km instead of 50,000 km in case of a new tyre which costs much more. The retreading industry in India is today worth more than Rs 5,000 crore with more than 20,000 helpless and exploited retreaders scattered across the country in the unorganized sector.

The tyre industry needs urgent attention. Is anyone listening?

Oye! an e-rickshaw platform that provides first/last-mile connectivity to commuters

India still lacks a comprehensive public transport system, though more than 70% of Indians rely on it for their daily commute. A comprehensive mobility solution will hugely enable Indians to become more productive.
Read more
CORPORATE DOSSIER

‘Practically School Solution’, a free app for schools and teachers

The app enables its users to benefit through experiential learning using immersive videos, interactive augmented reality, and 3D simulations helping teachers connect and engage with students as they would in a real classroom.
Read more
CORPORATE DOSSIER

IntrCity SmartBus, the first & the foremost player in bus mobility has registered the best ever growth since travel re-started in the post lockdown...
Read more
BUSINESS

Paytm Payments Bank continues to be India’s most successful payment bank and a comprehensive platform of funding sources. Besides 100 million UPI handles, there are 350 million wallets, 220 million saved cards and 60 million bank accounts on the platform.
Read more
Automobiles

India is one of the world’s largest and fastest-growing auto insurance markets, relies largely on traditional ways to renew policies and process repair claims. Inspectors have to physically look over vehicles and assess damages. This leads to a delay in the inspection and keeps the vehicles and policyholders off-road for long.
Read more
BUSINESS

Industry experts believe that some customers may not wish to visit a dealership as many times as before prior to making a purchase decision, and hence, there is an urgent need for automotive retail to become virtual, lean, and flexible.
Read more
CORPORATE DOSSIER

Neuberg Diagnostics plans to expand its reach in North and East

India’s fourth-largest diagnostics lab Neuberg Diagnostics already has a presence in Delhi NCR and Chandigarh. Currently, it is conducting Covid-19 tests at its 10 ICMR approved labs in the country.
Read more