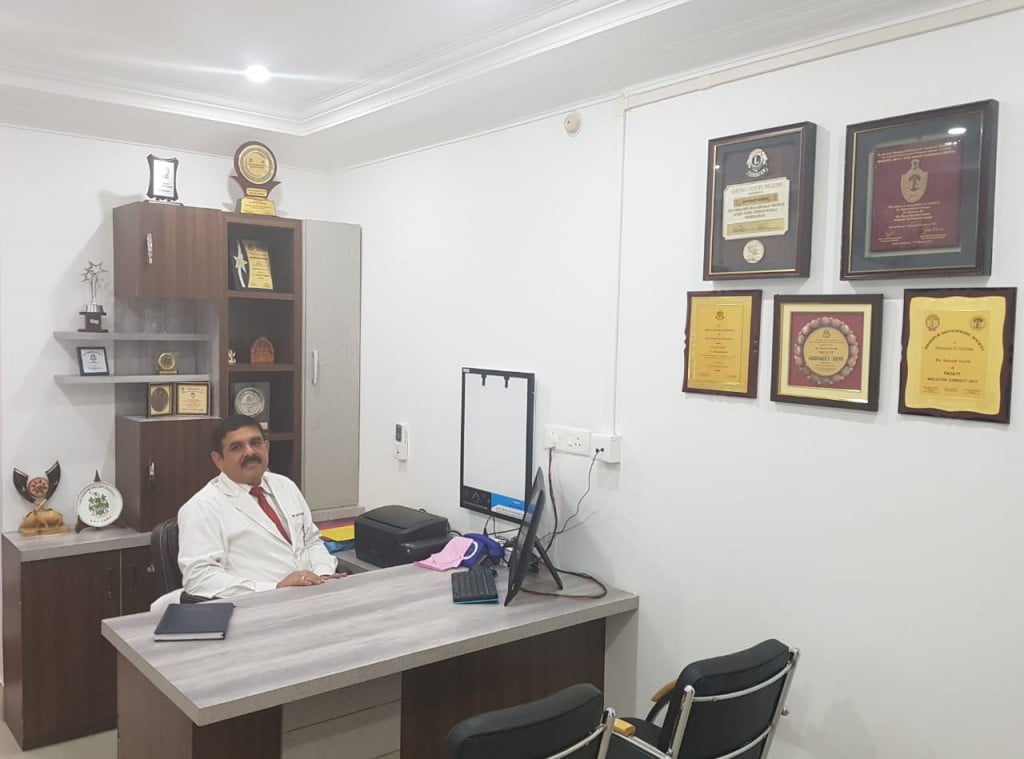 An irate mob lynched 73-year-old Dr. Deben Dutta, Senior Medical Officer, Teok Garden in Jorhat district of Assam for alleged negligence resulting in the death of a tea-estate worker.  It is a different story though that Dr. Dutta was born -brought up and had spent his entire life curing the Tea estate workers. A number of the people in the mob – were grown-up infants he had delivered as a doctor. But even this fact was ignored and the Doctor was brutally made to bleed till death- in a shameful manner without giving him a chance to plead his case in a court of law. This is not an isolated incident; there have been several cases in the last few years where mobs have dispensed instant justice based on hearsay – without even giving Doctors a chance to explain their side of the story, conclusive proof or legal judgment that they deliberately caused harm to their patient.  This gives rise to several questions – Are Doctors God? Is it possible for them to save the life of all the people they cure? Doctors too can make mistake and go wrong sometimes, but do two wrongs make one right? Imagine the plight of a doctor working in a one-man nursing home in a remote god-forsaken place. Is it possible for a single or couple of doctors to attend to all patients 24 x 7, like a big hospital with full-fledged multi-disciplinary staff? Even Doctors too have their families and need some time to rest and relax. No doubt there has been an erosion of ethics and morality in the medical profession over the years but does this give people a right to kill Doctors for every patient they fail to revive? Excerpts from an interview with Dr. Satyajit Borah, President, Indian Medical Association, Assam State Branch:

In the last few years, there have been so many attacks on doctors in Assam and other parts of the country. Does this ring a bell, why do you think, this is so?

Yes, of course. This generally reflects the growing intolerance and moral degradation of society. When the medical profession is targeted, the consequence will be far-reaching; there will be a hindrance in serving the people effectively.

Why is this problem so predominant particularly in the remote and widely spread tea gardens?

Various reasons: general deprivation in every aspect in those geographical and social situations (education, infrastructure, health… good-living in general) and this is one form of demonstrating anger by the people. Political exploitation adds fuel to the circumstance.

Are a majority of capable doctors willing to work in the tea estates? What is their motivation?

There is no issue of not being willing. Tea is an industry and working facilities have been good unlike in other remote government dispensaries. But as healthcare is considered a non-productive liability by the industry, there is always a constraint of a budget. Moreover remaining in isolation, no facility for the professional update are few de-motivating factors. However with the growing trend of attacks and assault on doctors, young professionals are reluctant to move, even their families are not willing.

Is there a conflict of interest between what the patients or their caretakers want and what the doctor can offer?

The patient or the relatives want a 100% guarantee of cure and life along with constant availability and alertness of the physician which is unrealistic. Doctors can offer their best of learning and time.

I believe that many lady doctors or gynecologists are not willing to work in such conditions. Is this so?

There is no gender bias in the profession. Our lady doctors are equally bold and competent. However, if you consider social security, no parents or husband will be willing to risk their daughter or wife’s life.

Would you like to explain the difficulties that the doctors face in the whole of North East India more so in the single doctor establishments where the doctor is expected to be present and available 24×7. Isn’t this affecting their family life and other personal commitments?

The single doctor fails to meet the expectation of people to remain in service 24X7 as you have rightly pointed out the reasons: family life, personal commitments and most importantly the personal health, life, and wellbeing. The other issues are helplessness and loneliness which hampers a professional exchange of ideas and discussion about a complicated case with another doctor, constant fear of assault in case something goes wrong, no avenues for a professional update, little scope for socialization and so on…

This seems to be a blind spot essentially because on one side there is a doctor who has sworn to serve the patients and other hands, his or her human right? Is there a law that restricts the doctor to work beyond a limit and freedom to enjoy family life?

The law of the land applies to all. Generally – 48 hours per week and not more than 12 hours continuously in a day. But nobody bothers about the doctors and I feel doctors are not bothered about themselves too. 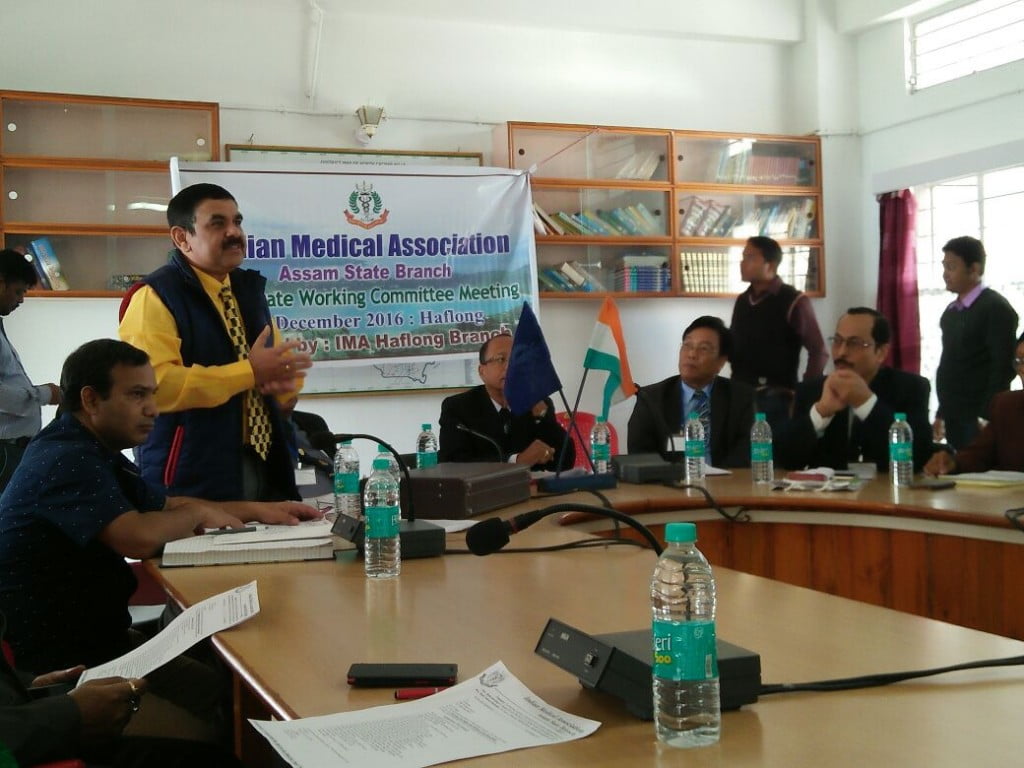 Do the Doctors grudge these encroachments in their personal space?

Never came to my mind! I don’t know, maybe I should discuss it with a few of my colleagues!!

What needs to be done, to satisfy the patients who want and rightly so, immediate and personal attention of the doctors at any time in the day or night?

Do you find an erosion of values, ethics, and moralities on both sides?

Yes. Both patients and doctors are human beings and social elements.

No doubt there has been a commercialization of the hospital and health care industry. And the doctors too are wrong and often end up making avoidable mistakes. How can we find a way out?

That is a matter of introspection and thoughtful deliberation inside the fraternity, and I am aware such exercises are going on.

Would it be appropriate to say that the medical profession as a whole is not a noble duty while on the other side, the patients are losing their patience and there is a decline in respect for the doctors?

That adjective was given to the profession by society and I have no doubt whatever the recognition, but every doctor takes pride in the ‘noble profession’ and serves with all pride and sanctity attached to it. However, society too has the right to judge the adjective with unprejudiced perspective. Doctors also know that patients and relatives become impatient at times because of the suffering and we are trained to deal with all such emotions, but verbal or physical assault cannot be tolerated as a consequence. I think doctors or the medical profession is still considered a respected profession and there is no dearth of respect for the doctors. However, one or two black-moles are always there in any profession.

A mask definitely helps, but if the people are very close to each other, there is still a chance of spreading or contracting the virus
Read more
Consumer Affairs

Health insurance helps insulate your family against health hazards, financially uncertainties and saves taxes. But to get the most from your health insurance policy, you need to choose the most suitable insurance product in line with your changing health care needs.
Read more
COVID 19