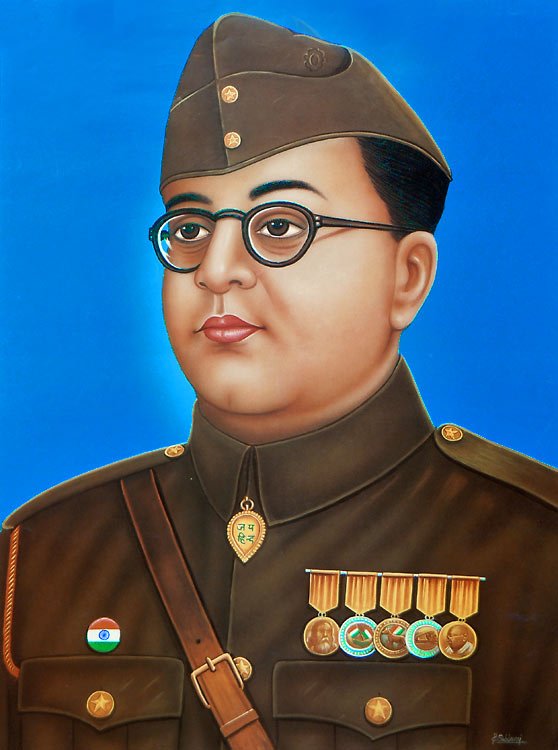 Ask any Bengali “who is your hero”, and an overwhelming majority will say “Netaji”.

His role as a brave battlefield general, a tragic hero image, ability to unite people across communities and a perception that his presence could have prevented partition have made Netaji a cult figure among Bengalis, say political analysts, sociologists and writers.

The August 22, 1945, announcement from Tokyo Radio that Netaji perished in a plane clash on August 18 in then Japanese -occupied Formosa (Taiwan) had stunned Bengalis. The shock and disbelief still continues.

For half a century after the “crash”, Bengal was frequently agog with speculation about Netaji’s imminent return. Even one of Netaji’s brothers Suresh Chandra Bose claimed in 1966 that the revolutionary would appear in public soon.

A large number of Bengalis eagerly waited for the D-day, but in the end were heartbroken when Netaji did not “appear”.

Plays, stories, jatras (folk theatre) have been woven around the theme of “Netaji’s return”, and songs composed urging the legendary freedom fighter to surface in public. A large number of educated and not “so-educated” diehard followers of Netaji have burnt the midnight oil, penning books, pamphlets, research papers, reports, debunking the plane crash theory and seeking government steps to unearth what actually happened to him.

All these only added to the myth that is Netaji among the Bengali speaking people.

From sweet shops to a large number of clubs, localities, colonies – common people have named everything after him. This is apart from the plethora of educational institutes, roads, important buildings and vital installations christened by the government in his honour.

Barisha Netaji Sangha in Kolkata’s southern outskirts was established on January 23, the leader’s birthday. “The suggestion came from an ex-army man. During his service period he realised what Netaji had done for the nation, and what big influence he had on the army,” club executive member Sanjiv Dasgupta told IANS.

“The forced indigo cultivation, the famines, the British appointed zamindars’ oppression caused exploitation. But simultaneously, western education and the Bengal renaissance opened the doors to the world at large.

“The exploitation triggered a sense of deprivation. So Bengalis have always liked tragic heroes. For Bengalis, international recognition is very important. Bose, to them, is both a tragic hero and an international figure,” Kar, a Burdwan university lecturer, said.

Secondly, Bose’s image as a “decisive leader” who proved he could take independent decisions, firmly convinced Bengalis that while the Congress “made a mess” by agreeing to partition, Netaji could have changed the course of history had he been present during India’s independence”.

Third was Netaji’s ability to successfully swim against the current, that saw him defeat Mahatma Gandhi’s handpicked candidate Pattabhi Sitaramayya for the Congress president’s post at Tripuri in 1939. He resigned soon after, and formed the Forward Bloc faction. In 1941, he escaped from arrest, and went into exile, daringly moving to Germany, and then Japan to carry on an armed struggle against the British. “Bengalis have always liked the ‘ekla cholo re’ (go it alone) spirit,” said Kar.

Fourthly, during the freedom struggle Bengal was a centre of armed revolution. “Netaji was the last soldier of that tradition”.

Lastly, Netaji’s Indian National Army symbolised hindu-muslim unity. “Bengalis suffered a lot due to the partition which saw a great hindu-muslim divide. It is people’s perception Netaji could have prevented the division”.

Eminent writer Shirshendu Mukhopadhyay said Netaji’s exploits in the freedom struggle was the stuff of legend.

“We Bengalis are seen more inclined towards art, culture, music or cinema and here was a son of the soil who actually raised an army and not only waged a war on the mighty British but actually played a major role in the country getting independence.

“The way he escaped from the country adopting various disguises is just like what we see in thriller movies or read in detective novels. His charisma, love for the country and his efforts to get India free are unparalleled. He was and will always continue to be an inspiration for generations, not only for Bengalis but the entire country.”

However, political scientist Biswanath Chakraborty saw the emergence of the Left in post-independence Bengal as the propelling force behind the huge following for Netaji. “When the country became independent the Congress ideologues were Jawaharlal Nehru and Mahatma Gandhi. But to the Left in Bengal, they were at best representative of the liberal bourgeoisie.

“In contrast, Netaji was known for his leftist views. His political philosophy was pitted against them. And most intellectuals, having a left orientation, highlighted Netaji. As years rolled by, the Congress in the state had weak ideologues. This further enhanced Netaji’s image”.

But though Netaji was still the hero to the aam admi, the political philosophy of Gandhi and Nehru now had bigger traction among the intellectual class.

It is not easy for women to prove themselves and be treated as an equal, if not better, in a male-dominated world. Here is a list of women who defied all odds and dared to be different.
Read more
International News