Home HEALTH COVID 19 Why does COVID-19 impact only some organs, not others?
HEALTHCOVID 19 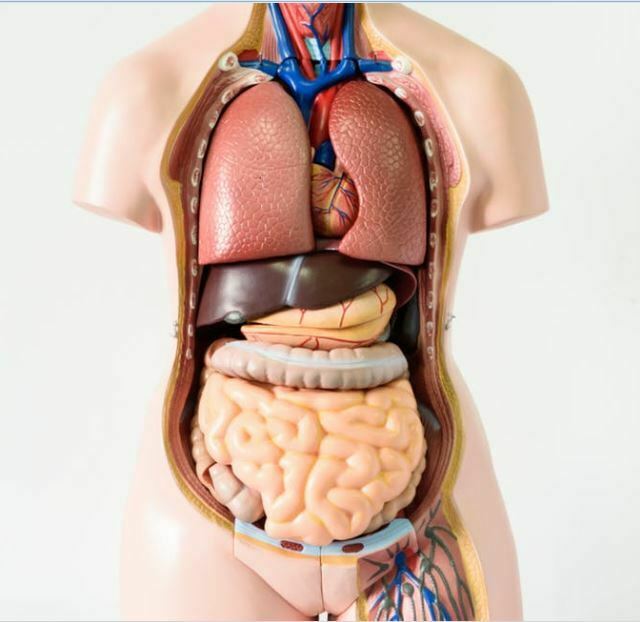 In severe cases of COVID-19, damage can spread beyond the lungs and into other organs, such as the heart, liver, kidney and parts of the neurological system. Beyond these specific sets of organs, however, the virus seems to lack impact.

Ernesto Estrada, from the University of Zaragoza and Agencia Aragonesa para la Investigación Foundation in Spain, aimed to uncover an explanation as to how it is possible for these damages to propagate selectively rather than affecting the entire body. He discusses his findings in the journal Chaos, from AIP Publishing.

In order to enter human cells, the coronavirus relies on interactions with an abundant protein called angiotensin-converting enzyme 2.

“This receptor is ubiquitous in most human organs, such that if the virus is circulating in the body, it can also enter into other organs and affect them,” Estrada said. “However, the virus affects some organs selectively and not all, as expected from these potential mechanisms.”

Once inside a human cell, the virus’s proteins interact with those in the body, allowing for its effects to cultivate. COVID-19 damages only a subset of organs, signaling to Estrada that there must be a different pathway for its transmission. To uncover a plausible route, he considered the displacements of proteins prevalent in the lungs and how they interact with proteins in other organs.

“For two proteins to find each other and form an interaction complex, they need to move inside the cell in a subdiffusive way,” Estrada said. 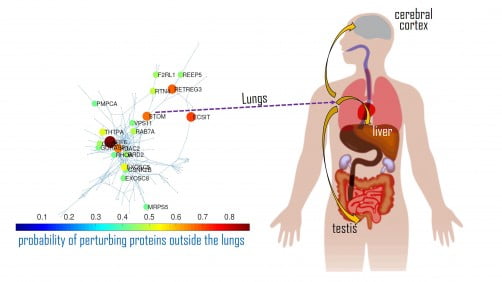 He described this subdiffusive motion as resembling a drunkard walking on a crowded street. The crowd presents obstacles to the drunkard, stunting displacement and making it difficult to reach the destination.

Similarly, proteins in a cell face several crowded obstacles they must overcome in order to interact. Adding to the complexity of the process, some proteins exist within the same cell or organ, but others do not.

Taking these into account, Estrada developed a mathematical model that allowed him to find a group of 59 proteins within the lungs that act as the primary activators affecting other human organs. A chain of interactions, beginning with this set, triggers changes in proteins down the line, ultimately impacting their health.

“Targeting some of these proteins in the lungs with existing drugs will prevent the perturbation of the proteins expressed in organs other than the lungs, avoiding multiorgan failure, which, in many cases, conduces the death of the patient,” Estrada said

How the affected proteins travel between organs remains an open question that needs to be addressed in future studies. (Newswise)

Aged people often miss out on events and gatherings with their groups. You can make a personal support group for them to reach out to their friends and make new ones.
Read more
HEALTH

Why are people moving away from mainstream jobs?

Many people, even in their late 30’s and 40’s are ditching their jobs to explore their passion. A nine-to-five desk job is not the need of the hour anymore. People are choosing unconventional career options such as blogging, entrepreneurship, dancing, and being a YouTuber.
Read more
HEALTH

The elderly are in a state of constant hyper-vigilance knowing that they lie in the risk category. Constantly reading about these articles and with news on the TV, keeping up with the death toll and recovery numbers.
Read more
HEALTH

Are women more prone to mental illnesses than men?

Both men and women face mental illnesses but women are at greater risk and more susceptible to psychological disorders than men as well as they suffer greater gender bias as compared to men.
Read more
HEALTH

Depression is common but curable if diagnosed early

Depression is a leading cause of disability worldwide. More women are affected by depression than men.
Read more
HEALTH