What makes the bra painful and uncomfortable

Since times immemorial women all over the world have used a variety of garments and devices to cover, restrain, reveal, or modify the appearance of breasts. 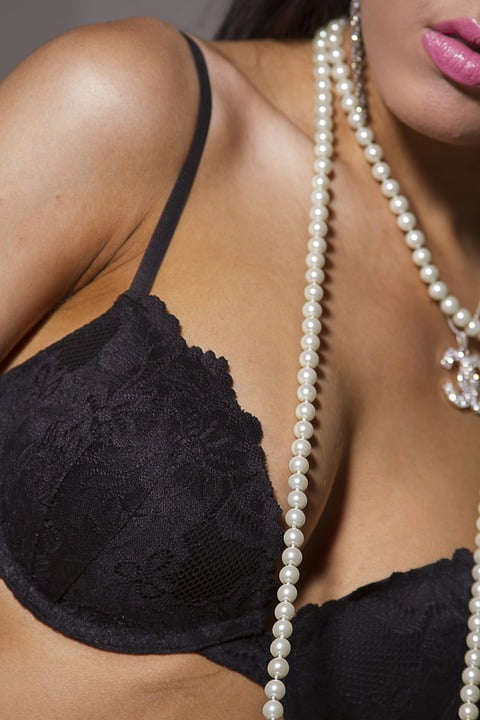 storically speaking, the first-ever bra dates back to ancient Greece, where women wrapped a band of wool or linen, across their breasts. These had to be pinned or tied to their back.

This is when Caresse Crosby patented the first one size fits all, brassiere or bra made out of stretchable material in the U.S. in 1914.

The demand and supply of the right kind of bras is obviously a challenging task, as this is already a multibillion-dollar industry dominated by large multinational corporations.

As per ancient Indian sculptures, majority of women in different stages of history were found to be wearing blouses both with or without a bra. The first reference to bra is found during King Harshavardhana’s rule. At this time, specifically designed and stiched blouses and bras where in great demand. There were tailors in the cities who specialized in stiching tight-fitting and body-hugging garments as per the individual taste or measurement.

Even today wearing a bra is a good idea growing girls. The basic purpose of a bra is to protect the breast tissue and support the breast. Some girls may find that the bra makes them feel more confident, comfortable and less exposed especially when they are wearing a light dress or T-shirt.

Some girls look forward to getting their first bras, but most others dread it. Selecting a perfect fitting bra that is easy to fasten and adjust can be a challenging task.

Today is the era of minimal bras, plunging necklines and increasing bust sizes.

Women who find that their bras do not fit have World War I to blame.

This may be the reason most women find it difficult to get the exact bra according to their breast size, that make them feel confident and comfortable.

The male military uniforms-based bra sizes from World War I have measurements that are no longer suitable for today’s women, the Daily Mail reported.

“While women back then were typically slimmer and may have had boyish figures, the female shape today tends to be much fuller,” Atul Khanna, a consultant plastic surgeon, was quoted as saying.

A third of women also had sore shoulders and a fifth of them suffered from back or neck pain, it was found.

An expert in breast health who carried out a research on bra measuring said the cup-sizing system during old days was never designed to go above a size D.

“Our research shows that as breasts get larger, the measuring system gets less accurate,” Joanna Scurr from Portsmouth University was quoted as saying.

The fact of the matter is that Bras that fit are getting to be more difficult to find. This is more so when the female breasts and bodies are getting larger.

In many parts of the world, the size of the women’s breats are getting bigger and bigger.

Obviously, as they say big breasts do more than look nice. (IANS)

There are several differences in the mental health needs of different age groups. The teenagers and young-adult populations of the country engage in these services the most, as compared to older adults and senior citizens.
Read more
Consumer Affairs

Delivering the judgment the single-judge bench of Justice Pratibha M Singh observed, “A mask is like a Suraksha Kavach for preventing the spread of the coronavirus. It protects the person wearing it as also the person who is exposed.
Read more
LIFESTYLE

Kapil Mishra a resident of Jaipur wanted to express his love so he bought a plot of land on the moon for his spouse. The property is registered in the name of his wife Ruchi Kapil Mishra, latitude 47.3 degrees north, longitude 33.9 degrees west, tract 6.
Read more
COVID 19

These times we are living in, are historic and unusual. Our normal routines have been altered and we all are adjusting to a new...
Read more