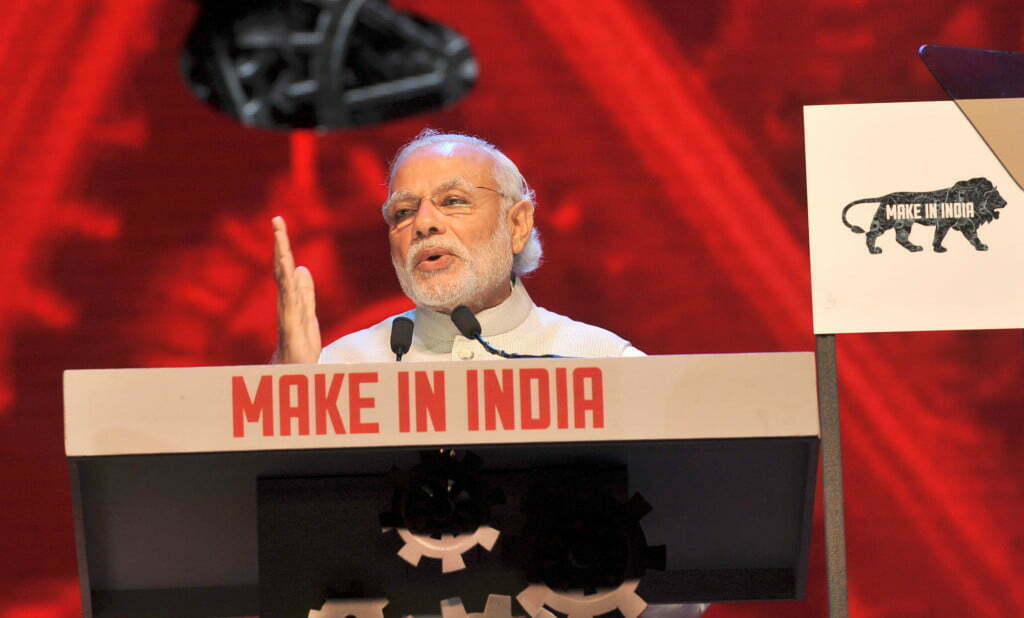 Prime Minister Narendra Modi gave vent to his anguish while addressing farmers in Odisha. For the first time, PM Modi spoke of 20 difficulties in governance. He complained about efforts by some vested interests andNGOs to topple his government. It was apparently clear that he was disturbed by recent events. He did mention that his attempts to root out corruption in politics and administration which aroused angry attempts to topple his government.

Clearly he was hinting at opposition without naming anyone in particular. However, one thing was clear- that only someone who wields power can use or rather misuse it and tamper with from the system. Those in opposition or outside the administrative structures do not have opportunity or power levers to indulge in corrupt practices. Does it mean that he was hinting at the internal forces who were not allowing him to function with full authority and effectively?

The campaign by ten students shouting pro-Pakistan slogans in the Jawaharlal Nehru University, and the violent drama enacted at the Patiala House complex when the JNU students leader was produced in court left a very bitter taste. Not because the main accused was manhandled inside the court complex but because the act of violence was perpetrated by the sitting MLA of the party and active members of the ruling party at the centre. The legislator, an elected representative of the party claimed boastfully that he was not averse to taking law in his hand and gunning down anti-national forces. The pride in taking law in hand and punishing the person whom he thinks is guilty is not a healthy practice in a democracy.

It is a miscarriage of justice when a sitting legislator takes the law in his hand and becomes law on to himself. He could not have acted like this unless he is assured of protection from some quarters in the party. No disciplinary action followed. But what followed was a holocaust in Haryana where the Jat boys took the law unto their hands and demanded reservations. The eruption of violence on an unprecedented scale was surprising. The Jat community was not aroused by the display of passion in Rajasthan by Gurjars earlier and by Patel community in Gujarat last year over the need for reservations. They remained unmoved and impervious to demand by two communities was in keeping with their belief in their superiority. They suddenly erupted raise suspicions of their real objective. They were motivated to take law in their hands from outside. 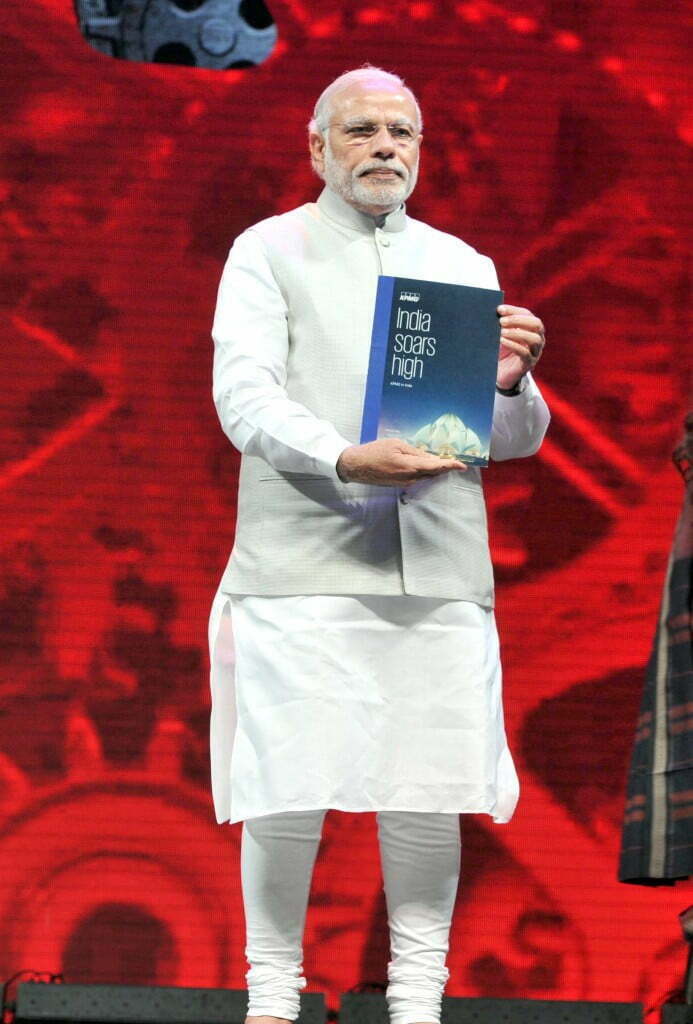 The violence in Haryana has transmitted signals that can adversely impact on the intense campaign of the PM Modi to bring more capital and technologies from outside. But it would be a secondary issue. First and foremost is the reflection of failure of the party and also f the government. Neither the party has resorted to disciplinary action against the party legislator recommending taking of law in hand nor the government showed a strong reaction.

The failure of the party was seen after the electoral debacle of the Bihar assembly election. Five leaders engineered communal tensions in Uttar Pradesh before the voting in Bihar and were responsible for the catastrophe. The party president had merely summoned them to chastises them cost they inflicted on side affecting the prestige of the Prime Minister. No disciplinary action followed. On the contrary, the cause of defeat was held collective responsibility. The party avoided naming obvious guilty.

The party observers may treat the lenient attitude towards the elements that had openly caused damage to the big heart of the Prime Minister. But his generosity has caused immense damage the general perception is that he was not acting. Those who spoke out of turn and blabbered have done incalculable damage to the party of showing that was not able to manage itself as the ruling party. Leaders were dragging in different directions. The Delhi police slapped a charge of sedition against the president of the JNU students union to evoke a strong denouncement by the international intellectuals. The slogan shouting cannot be treated as a crime of such magnitude was their pea. But surprising was refusal o0f the Delhi police to oppose bail plea by the accused even th9ogh the charge was serious and of anti-national activities. The law enforcement agencies had consistently for three years opposed the bail plea of politicians, arrested on a charge of irregularities in their financial dealings.

In such a serious matter the Delhi police would not and do not f0orm a stance without explicit instructions from the home ministry. Hence, the inspiration behind the attitude of the Delhi police had apparently come from the highest quarters. Whether Narendra Modi was responsible for it or not, he cannot escape blame. In both the episodes, of the JNU drama and =the subsequent violence with shields provided by the highest quarters inside or outside the party tells of the weakness of the Modi government. He has to lament over it was an attempt not to allow him to function. His weakness emanates from the peculiar structure of power wielding the BJP is subjected to from its inception. Narendra Modi has to bear it whether he likes it or not.

This picture leaves an impression that despite all his show of power, he was weak at the knee and has to bend down every time the Nagpur dictates so. His wishes do not matter even in the formation of the government in Kashmir to fill the vacancy caused by the death of the chief minister two months ago. The BJP is showing kneejerk reactions to slogan shouting by Kashmiri students but is unable to resolve the dead lock over the installation of a legitimate government.

Prime Ministers of India from Nehru to Modi # 4

Charan Singh's only budget was an unmitigated disaster. He showed that he knew nothing of economics. Piloo Mody told him, Sir for you India is only from Baghpat to Jhansi. You know nothing of India outside this belt.
Read more
LIFESTYLE

There is absolutely no denial over the fact that the internet indeed offers the promise of better information, easier communication and an enhanced sense of community on paper. But can it be trusted to democratize societies? Well, that’s a big question !!
Read more
OPINION

The history of the Indian freedom struggle would not have been what it is today had it not been for dare-devil freedom fighters like Tatya Topey, Rani Laxmi Bai, Shivaji, and Nana Sahib the adopted son of Bajirao Peshwa-II
Read more
LIFESTYLE

It is said that selfishness is the greatest curse for the human race. So how can we get over this curse & save ourselves?
Read more
Education

The never-ending quest for learning

Our life is a series of experiences, each one of which makes us enlightened, even though many a time it is hard to realize this. We must always remember that the setbacks and grieves which we endure help us in our marching onward.
Read more
National

If we are want to finish off the Naxals, we also need to bring laws to punish politicians who cultivate the Naxals to silence their opponents
Read more
National

It is believed that the Maoists planted false information about the presence of Madvi Hidma at a particular location to lure the security forces into that area and then strike at will when they were withdrawing.
Read more
International News

Bangladesh assumes greater importance due to its strategic location to influence the Indo-pacific region. In view of the growing importance of this region, the expansion and modernisation of Mangla and Chattogram ports in Bangladesh will play a major role in future. It could also be included as a member of the extended ‘Quad’ in future.
Read more
COVID 19

The COVID era has given us immense time to process and look inwards, and exercise has been one of the focal points of the lockdown.
Read more