Trinamool Congress: A party without a structure, organization or ideology 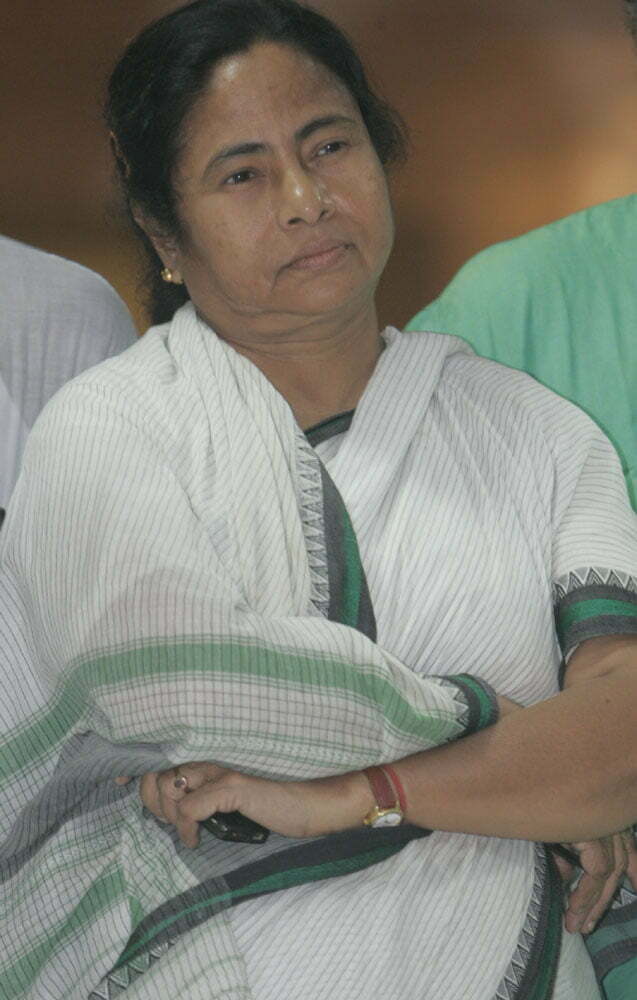 Saradha scandal – the first major scandal in Bengal has exposed the cracks in the political citadel that Chief Minister Mamta Bannerji erected two decades earlier in the form of a loose group known as Trinamool Congress. She preferred to call it a political party, but it had no structure.

It was just an assemblage of people who began walking with her in her march against the more than three-decade-old Left rule in the state. She evolved no ideology or even constructive program of development to replace the ideology by which the left swore. Her ideology was nothing more than stinging venom she poured against holders of power.

Since her entry into the political arena, the woman in simple cotton sari, without adornments and flat chappals with a cotton bag hanging over her right shoulder was a loner. She had a gift of gab and hatred of the left leaders wielding power in the state. The cause of her ire was more due to strong arm tactics of trade unions controlled by the Marxists. They were allowed to bleed industry and business to their heart’s content without a regard to its dire consequence for the state economy. One-fourth of the electorate made up by the poor Muslims, poorer than in any other state became the mainstay for the left rail.

Maya could spew bitter and biting words against her main political foe without garnering votes. Huge crowds moved heads listening to her but left their impressions behind on the grounds they squatted on to hear her. She was treated as entertainer even in her serious harangues against the communist leaders after she came to the Lok Sabha by defeating the Marxist stalwart Som Nath Chatterji in 1984. Years in Parliament earned her no friends. Even after she formed the party after walking out of the Congress due to her resentment over soft peddling attitude towards the left of the Congress high command, there were few takers for her venture.

Her association with the BJP and her ministerial stint with the Vajpayee government was not enough for her to draw away the mainstay of the left in the state. But she hit the gold mine with the major plan of the Bhattacharya government to open the state for industrial expansion. She convinced poor Bengali that they would not get the jobs as they had no skills to work on machines. Jobs would go to outsiders while they would lose their earnings as their lands would be taken away from erecting new plants. Her last minute refusal to endorse the bill for reservations for women in the electorate bodies unless specific provisions made for OBC and Muslim women established her credentials among poor Muslims.

Many opportunists could visualize pendulum swinging in her favor to flock around her. Several Congress leaders in the state saw their fortunes with her to join her bandwagon on the move. Others came to grab opportunities that would flow with her in the saddle. Mamta Bannerji did not verify their antecedents to know them better. She felt happy that so many could see the light of the day. She walked on the cloud nine after her grand success in demolishing the left fortress in 2009 elections that gave her 29 seats in Lok Sabha to make the Congress-led government heavily depends on her support. She was rail minister, but hardly attended to her duties and even missed many cabinet meetings. Her taking over the affairs of the state as chief minister was inevitable since she had not fought the left to make anyone else the chief minister.

The authoritarian streak in her nature became apparent as soon as she took over the reins. She is known to be intolerant to even slight criticism or cartoon caricatures. She did not care for public outcry in sending a school girl behind bar merely because she had the temerity to ask an embarrassing question to the chief minister. She could publicly abuse her chief security officer for a delay of two minutes in bringing her car to the gate.

She had no ideology as her weapon for governance. She attempted to make up the lack with a belligerence for everyone. She even desired to dictate the direction of national politics and forced the Congress to make the Prime Minister to shelve his second tranche of the economic reforms, a dire need to make the economy move ahead. She got even Mulayam Singh Yadav on her side to make the Congress solely dependent on her support. Mulayam Singh did not opt to bargain his independence to toe the lines drawn by la petit dictator.

Her scheme did not take off to oppose Pranav Mukherji, the Congress candidate for the presidential election in 2013 by proposing her nominee.  No one was willing to put the eggs in her basket. It finally made her to support the son of Bengal to get elevated to the Rashtrapati Bhavan and thus ensure his graceful retirement from politics.

The cheat fund scandal blew in her face as she had not cared to verify material made available to her for raising columns for her citadel. Traces of corruption reached the doorsteps of one after another big wig of her citadel to force her to adopt a posture that the BJP rule at the center was misusing the investigative wing to defame her role. The CBI was under directives of the Supreme Court to proceed with the probe into the scandal.

In any case the BJP did not need to use the agencies for its inroads into the state as Mamta has cleared the grounds for the BJP to gain ground in impressive manners. She demolished the left and erased the right by ridiculing the Congress by snapping her relations.

Her careless manners had not allowed her even to fortify her citadel. She has taken on as her supporters. She has nobody to blame for her fate, but her belligerent nature.

During the planning process and briefing, even the junior-most commander and soldier must be encouraged to ask questions and clarifications. If the troops are not clear about the plan, it will affect the execution of the same. Leaders must take the time to explain every detail so that everyone understands it. Keep the plan simple is the mantra!
Read more
DEFENCE

The main Ordnance needs to be Indian and ultra-reliable, unlike the 125 mm gun system in use currently in medium tanks. It may be a good idea to integrate a re- engineered 105 mm gun in the interim and an optimized 120 mm low recoil gun system later, both are Indian systems and have proven to be effective.
Read more
DEFENCE

Military & media- why both are incomplete without the other?

In a democracy media, if managed appropriately, can act as a great 'force multiplier.
Read more
OPINION

Prime Ministers of India from Nehru to Modi # 4

Charan Singh's only budget was an unmitigated disaster. He showed that he knew nothing of economics. Piloo Mody told him, Sir for you India is only from Baghpat to Jhansi. You know nothing of India outside this belt.
Read more
National

The shortage of hospitals, beds, ventilators, oxygen, medical facilities could have been avoided, had we prepared ourselves better for dealing with the second wave. It is sad to see the scenes of wailing mothers, wives, children and fathers who have lost their near and dear ones to this pandemic.
Read more
Consumer Affairs

Delivering the judgment the single-judge bench of Justice Pratibha M Singh observed, “A mask is like a Suraksha Kavach for preventing the spread of the coronavirus. It protects the person wearing it as also the person who is exposed.
Read more
National

PMRDA – Ensuing Planned, Sustainable Growth In and Around Pune

Like Singapore's HDB, PMRDA was formed to create a better standard of living for citizens and also promote ease of business. Besides ensuring sustainable growth, another key objective of PMRDA is to build and develop PMR as one of the most preferred and attractive investment destinations.
Read more
COVID 19

Women have faced severe consequences of COVID. They are looked down upon with disgust and negative remarks and have had to suffer a lot.
Read more