Today we’ve to be better than our juniors: Salman Khan 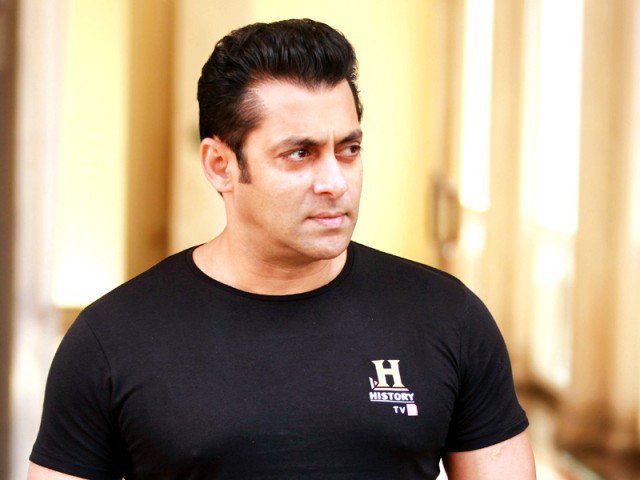 Salman Khan is at the top of the Bollywood game with back-to-back hits to his credit, but he says an actor’s life comes with “different challenges”. With a brigade of young actors proving their mettle in the film industry every Friday, the superstar says he is now faced with the challenge of being “better than the juniors”.

And even though he’s among the fittest of the fit stars of the film fraternity, the 49-year-old actor added that the quest to match up with the new lot with thier fitness level is “ten times more difficult” than his initial days in the industry.

“The challenges (of our profession) changes with time. So at every given point it’s going to change,” Salman, one of the top paid actors of Bollywood, said during a tete-a-tete with IANS here.

He is introducing actors Aditya Pancholi’s son Sooraj and Suniel Shetty’s daughter Athiya to Bollywood via his production “Hero”, a remake of Subhash Ghai’s 1983 film. And he was in the capital suburb to promote the film, which is releasing on September 11.

Salman, who will also be seen hosting reality TV show “Bigg Boss 9” later this year, shares a close relationship with Sooraj and Athiya.

“They call me Salman sir, but it doesn’t mean that I’m a teacher. I’m their elder brother, who is only getting younger,” quipped the actor, whose own journey in filmdom began with “Biwi Ho To Aisi” in 1988, and who came into spotlight following his act as Prem in the endearing love saga “Maine Pyar Kiya” in 1989.

Having essayed multiple action, romantic and comedy roles, in the past few years, Salman has hit the bull’s eye at the box office with projects lik “Dabangg”, “Kick”, “Ek Tha Tiger” and his last release “Bajrangi Bhaijaan”.

The number game, in which he’s most often caught with B-Town’s other top Khans — Aamir and Shah Rukh — he says competition has always been part of the film business.

“There was always a number game. Earlier it was in weeks, today it is in days and in numbers. The challenge whether your next film will be better than your last film or who’s film is going to do better will always be there… and it will make you work hard,” he said.

Salman, who has “Prem Ratan Dhan Payo” and “Sultan” in his kitty, added that all the emerging actors will also “face the same challenge some day”.

For “Hero”, he has stood by the debutants like a rock. He has crooned its title track, and even contributed to the film’s editing.

Why didn’t he act in it?

He said the Nikhil Advani directorial “didn’t have any role for a younger brother in the film”!

Business is in her blood and her passion is to build companies and create products to empower women all over the world. Excerpts from an interview with Shalini Vadhera, Founder and CEO of Ready Set Jet
Read more
Education

‘Manekshaw and I were good friends’- Gen Jacob

Wars have their own logic. There is always one side that wins and another that loses the war. Everyone can’t win at the same time. Even in an individual context, no one can win all the wars; you may win some wars… but lose some others. Winning and losing is all part of life. This is the greatest lesson to be learnt from the life of Lt Gen (Retd) JFR Jacob. He won some but lost many battles in life.
Read more
Interviews

The actress, who completed 17 years in Bollywood, also wrote about her fellow co-stars in a question and answer session with fans
Read more
HEALTH

Oil and Gas installations have never been safe – in the water, or above the ground. Every sector of the oil and gas fuel cycle is vulnerable to terrorist threats.
Read more
BUSINESS

Bank Frauds: Nothing is immoral or unethical

Banking today is not what it used to be. The relationship between the banker and the customer - even the reliability of commitments made by either of them- is at stake. The Confederation of All India Traders (CAIT) is the eyes, nose, and voice of around 6 crore merchants, 40000 affiliates and stakeholders in all formats of trade, association, group, sector or industry in the field of commerce and industry all over the Country. Headquartered at “Vyapar Bhawan” in New Delhi, its objective is two way communications and meaningful dialogue between the industry and Government to thrash out solutions acceptable to all the stake holders. Excerpts of an exclusive interview between CAIT National President B. C. Bhartia and Taazakhabar News:
Read more
Interviews

DTC buses: doing the best with half – the equipment, manpower and resources

Delhi Transport Corporation (DTC) – is today like an aged widow, past her prime. It does not have more than half the things required to run an efficient transport service. There are not enough buses. Even if floats tenders there aren’t many manufacturers who can make a delivery on demand. There is always a time-lapse as each of them does not have the capacity to manufacture more than 100 buses a month. To top it all there is an acute shortage of drivers and conductors
Read more
Interviews

Arya Samaj has a great future ahead

Arya Samaj –meaning; a society of nobles — is a non-political, spiritual and social organization campaigning in favour of women's education and widow remarriage while opposing caste discrimination. The main purpose behind the organization was to reform orthodox Hinduism in India.
Read more