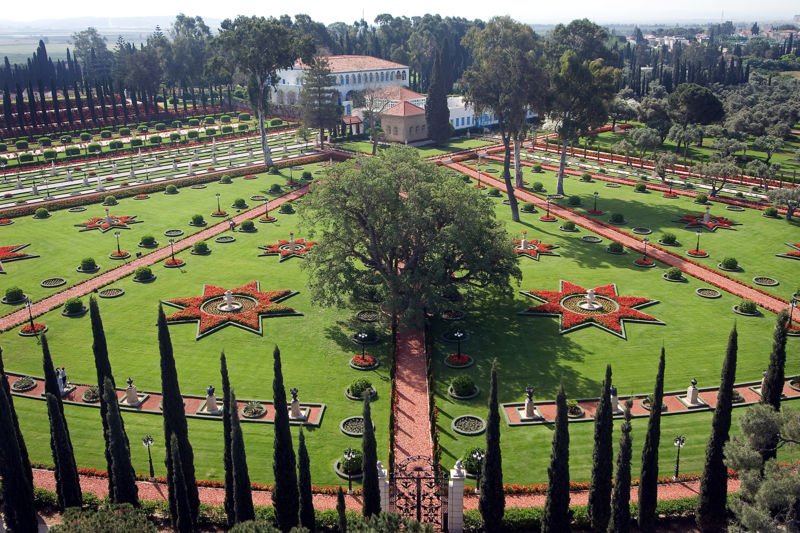 Bahá’u’lláh’s shrine is, located in Bahjí near Acre, Israel. It represents Qiblih or the direction of prayer and is also the place where the remains of Bahá’u’lláh the Founder of the Bahá’í Faith are kept. Also called the Daryá-yi-Núr (Ocean of Light) it is near the spot where Bahá’u’lláh died in the Mansion of Bahjí.

After Bahá’u’lláh died in 1892 he was interred in a building close Mansion of Bahji (where he used to live) which became the shrine of Bahá’u’lláh. It has a small room where the remains of Bahá’u’lláh are kept. 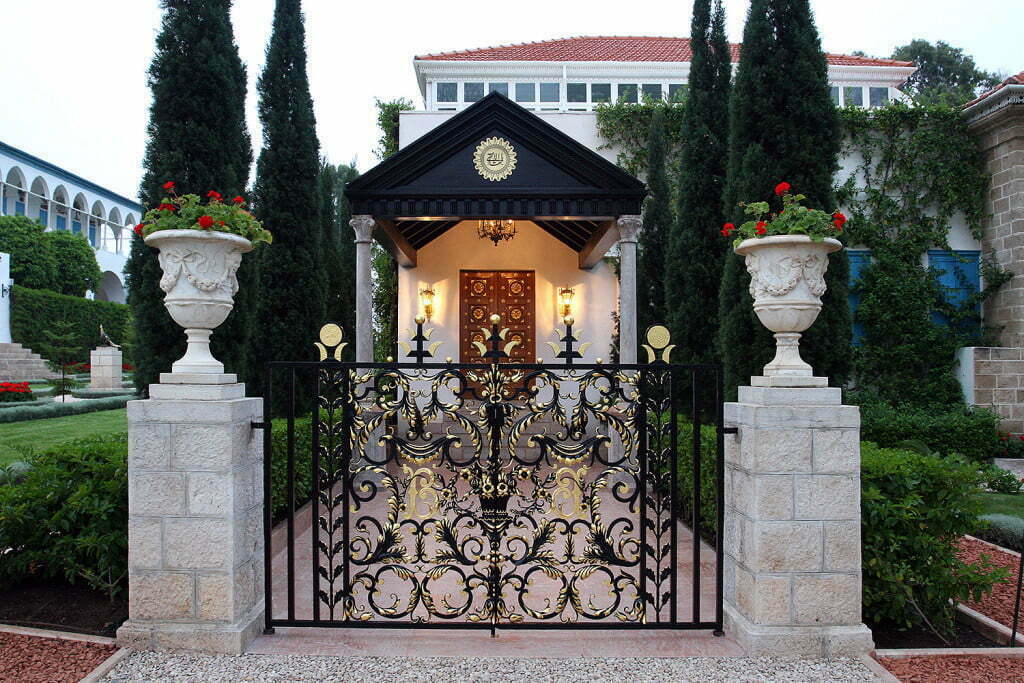 The Shrine has a beautiful garden called Haram-i-Aqdas (Most Holy paradise) and a circular path circumambulating the Bahá’u’lláh shrine. The Mansion of Bahji the place where Baha’u’llah, was buried after sunset the day he died, is close by. 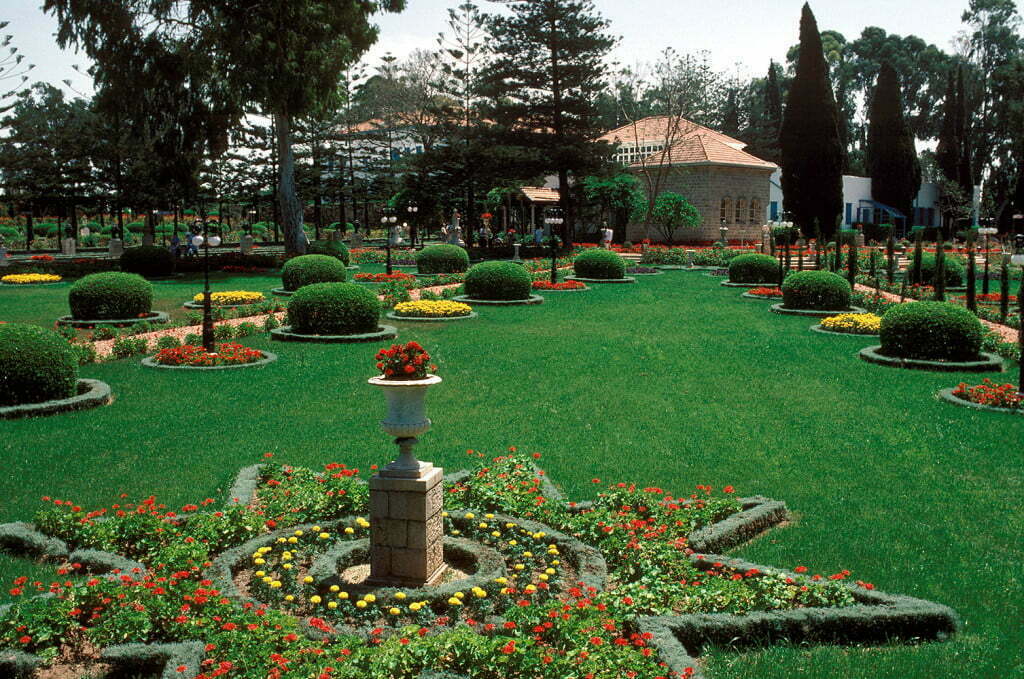 to be suspended.  Bahá’u’lláh in his will unsealed nine days after his death designated ‘Abdu’l-Bahá as his successor and head of the Bahá’í Faith — the first time in history for the founder of a religion to nominate a successor. The shrine, its surrounding gardens were inscribed on the World Heritage List in July 2008.

An inscription on the gate of the Shrine reads, “O ye that dwell on earth! The religion of God is for love and unity; make it not the cause of enmity or dissension. In the eyes of men of insight and the beholders of the Most Sublime Vision, whatsoever are the effective means for safeguarding and promoting the happiness and welfare of the children of men has already been revealed by the Pen of Glory.”

The Shrine is the holiest place on earth and a pilgrimage site for the Bahá’ís. Bahá’ís turn their faces in the direction of the Shrine when they pray each day. The shrine of Baha’u’llah is the focal point of prayer for Bahá’ís all over the world. Its importance is comparable to the Western Wall in Jerusalem and Kaaba in Mecca.

All the Bahá’í buildings — are built to face the shrine and burial place of Baha’u’llah.

Urse is exactly at the midpoint between Pimpri-Chinchwad and Lonavala, with a short drive time of 20 minutes either way. Urse also serves as a connecting junction or bypass for the northeast-southeast corridors connecting the industrial areas of Chakan, Talegaon with Hinjawadi. The proposed Navi Mumbai International airport at Panvel is just 83 kms away from Urse.
Read more
LIFESTYLE

If death is the be all and end all and it can kill anyone, anytime, then why should we bother about doing good deeds and fear punishment for our sins?
Read more
LIFESTYLE

The human race is in pain and suffering more than ever before. The root cause of this is because the powers that run the world -- have failed miserably to look after the wellbeing of people at large.
Read more
Editors Pick : Top Stories

The word ‘Tantra’ is derived from the combination of three words ‘Tattva’, ‘Mantra’ and ‘Yantra’. Tantra has infinite power with unlimited applications. Tantra is a legitimate science and not black magic. Vashikaran (A form of Hypnotism), voodooism and black magic are definitely neither part of Tantra nor has it been advised in any tantric scriptures.
Read more
LIFESTYLE

Are you heaven ready?

Let us make an effort to first make heaven within self before actually moving into heaven.
Read more
LIFESTYLE

Play the game of life with courage

The game of cricket is like a religion for people in India. But have we ever thought about the similarities between cricket and our real life? Maybe not!!
Read more
RELIGION

This Navratri give right of birth to the girl child

Today the need of the hour is to change our attitude towards the girl child, rather than making new laws and legislations.
Read more
LIFESTYLE

The law of karma

It is said that every saint has a past and every sinner has a future. However going by the law of karma, the saint must have done several good deeds in the past to reach a stage of such a spiritual elevation, likewise, the criminal too will surely bear suffering in the future for the crimes that he is committing in present.
Read more