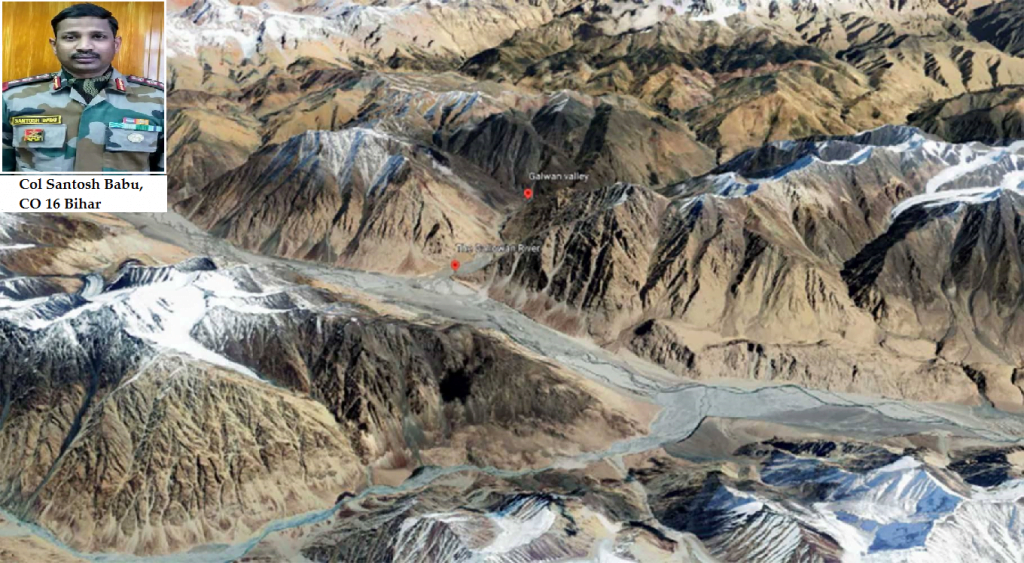 Depsang, Chumar, Doklam and now Galwan, all sites of India’s LAC standoff with China with the last-named a bloody one………..add to them Pangong-Tso, Nakula, Hot Springs and more; these names on the map, hitherto fore in the domain of the military, have got into the vocabulary of Indians in the last five years.  Depsang 2013, Chumar 2014, and Doklam 2017 were classic examples of creeping land grab strategy employed by China which was firmly contested by India.  The absence of a settled border despite more than 20 rounds of talks between China and India over the last three decades enables China to use the LAC as a flexible line extension into Indian territory through a series of small clandestine missions.  These attempts at “Salami Slicing” of Indian territory have only got bolder now with simultaneous intrusions in multiple locations in the year 2020.  With other nations, China has employed a similar strategy, its reliance on coercion and manipulation of risk to achieve its objectives albeit more in the maritime or economic domain.

Since the year 2013, there has been significant international attention on the Chinese moves in the South China Sea as China asserts its sovereignty over the entire sea, even going beyond its own “Nine Dash Line”, in a bid to test the resolve of neighbouring coastal states.  China has not only renamed 80 islands in the sea as if they were Chinese territory but is also engaged in reclamation of land and making artificial islands in a bid to circumscribe the exclusive economic zones of other littoral states.

The expansionist designs of China are now being contested by the Philippines, Malaysia, Indonesia, and Vietnam. Philippines has written to the United Nations challenging Chinese claims and has also decided to continue its military pact with the US. Likewise, Indonesia, objecting to the Chinese intrusion in its EEZ around Natuna island, has also written to the UN rejecting the Nine-Dash Line which has not been accepted by any reputed international entity. Malaysia had to take the help of the US again to protect its maritime interests from being encroached by China. Vietnam, the current ASEAN President which had strongly objected to Chinese activities in the past, is now trying to rally other countries in the region against China. 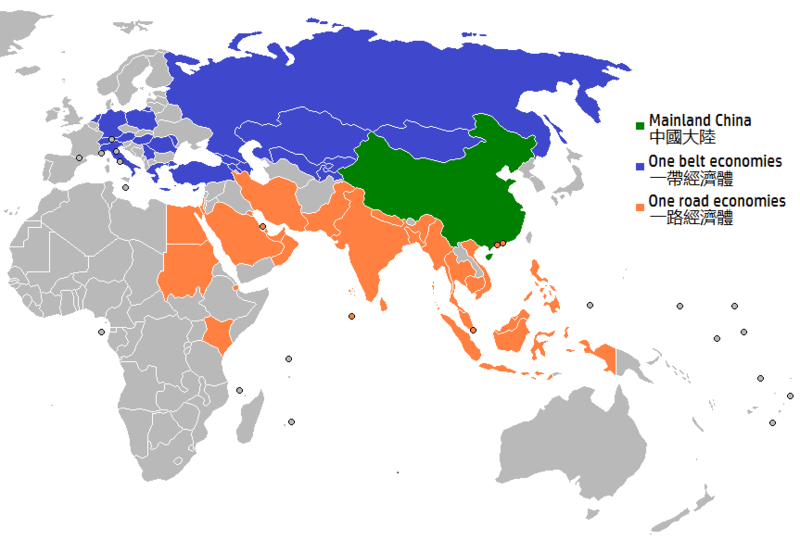 It is no coincidence that China started its Belt Road Initiative (BRI) also in the year 2013. It is a planned multi-trillion-dollar infrastructure program that is intended to link China with more than 100 countries through railroad, shipping, and energy projects. Its purported aim is to build a new platform for international cooperation to create new drivers of shared development. The “Belt” will consist of land routes connecting economies in Asia, Europe, Africa, and Europe.

The “Road” (actually not a road) will connect various ocean routes through these areas.  It is supposed to strengthen ties between Beijing and emerging markets while lifting developing nations out of poverty. However, critics of the BRI say it is part of China’s desire to achieve trade dominance and control to compete with the United States. There are already indicators that it is nothing but a “Debt Trap Diplomacy”.  Some version of Chinese Checkers these!!

An early proof of concept of “Debt Trap Diplomacy” is the Mattala Rajapaksa airport located in Sri Lanka which was opened in March 2013 after China’s government helped fund the project as it looked to expand its trading power throughout the world. Due to Sri Lanka’s inability to service the debt, the airport was leased to the Chinese state-owned China Merchants Port Holdings Company Limited on a 99-year lease in 2017.  Almost around the same time, the Hambantota port in Sri Lanka, built on a Chinese loan, unexpectedly ran into trouble and the Sri Lankan Government was forced to hand over the port and 15,000 acres of land around it for 99 years to China.  Another example in our neighborhood is the 3,000 km-long China–Pakistan Economic Corridor (CPEC) which consists of highways, railways, and pipelines. CPEC eventually aims at linking the city of Gwadar (Gwadar Port) in South Western Pakistan to China’s North Western region Xinjiang through a vast network of highways and railways. No prizes for guessing the outcome of this more than 62 billion $ project, notwithstanding the challenge it poses to India strategically as also passing through Indian territory in the occupation of Pakistan.

The attempts to subvert the “One Country, Two Systems” arrangement by the imposition of stringent  National Security Laws on Hong Kong and the bullying tactics employed by China whether concerning Taiwan, Japan or Australia, are just pointers to a chasm developing between China and the rest of the world except a few allies like North Korea and Pakistan. It is again no coincidence that Xi Jinping, is the President of the Peoples Republic of China since 2013 and developments in the South China Sea and the BRI bear his inimitable stamp. Political observers have called Xi the most powerful Chinese leader since Chairman Mao Zedong, especially since the ending of Presidential two-term limits in 2018. He has centralised power and built a personality cult around him.  He is now considered the Paramount Leader, a-la Adolf Hitler. He also seems to believe that whatever China does is necessary for national existence and economic self-sufficiency.

The summation of these unconnected international developments, all triggered or planned by China leads to an entirely different scenario. It seems, for the time being, China is trying to carve out its extra-territorial geographical expansion through a multi-prolonged strategy, which encompasses Land Grabbing where feasible a la Salami Slicing, expansion of EEZ and maritime dominance along with economic subjugation through a lure of infrastructure development….. a version of Chinese Checkers? and its claim on Taiwan professing “One China Policy”.  Sounds eerily familiar to the aggressive territorial expansion plan of the Nazis before the second world war, the Chinese strategy this time being more understated and covert, a sense of déjà vu still prevails. It is just like that not a single shot has been fired on the Sino-Indian border after 1975 but still China has managed to advance its territorial claims.

In the words of Sun Tsu, “The greatest victory is that which requires no battle.”  Imagine what if China succeeds in its endeavours in the South China Sea and the BRI extending its reach and suzerainty from Malacca Straits to the horn of Africa? What next…… Europe?  Is the world witnessing Lebenstraum 2.0, this time based on the tenets of Sun Tzu?

Navies are not built in a day, they require consistent efforts and thus, the Indian Navy now needs to transform from a ‘Buyer’s navy into a Builders Navy’.
Read more
BUSINESS

The foundation-laying ceremony of Jewar International Airport by the PM heralds future economic activity in and around the airport.
Read more
BUSINESS

The Indo Pacific region has more than half of the World’s population. The region has 2 billion people living under democratic rule.
Read more
Automobiles

Renault, which is in its 10th year of operations in India scored big during Dhanteras and Diwali and delivered over 3000 cars
Read more
International News

Does any religion permit (mis)use of public places?