NSEL scam: How people with inside information helped 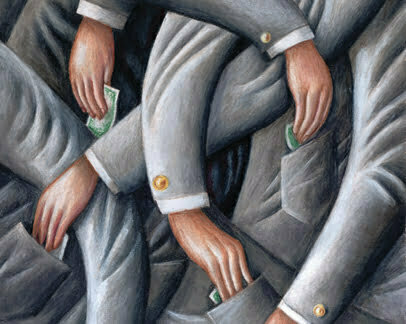 The moot question is whether auditor Mukesh Shah, Santosh Mansing and Jai Bahukhandi had prior information of the impending crisis at National Spot Exchange Ltd (NSEL) even as early as June 2013? If so why did they remain silent and allow the crisis to precipitate.

According to documents made available to Taazakhabar News auditor Mukesh Shah on 21st June 2013 wrote to auditor Atom at 4.17 pm and mail to Santosh Mansing and Jai Bahukhandi in NSEL Marketing operations.

It cannot be a mere coincidence that both the companies are Gujarat-based. Rajiv Todi, a partner of Swastik Overseas used to earlier work for NK Proteins, the largest borrower in the spot exchange.

The moment he became aware that NK Proteins was getting money from NSEL; he started his own company and also started borrowing from NSEL.

The owners of Swastik used the money borrowed from NSEL to purchase benami properties in Gujarat which were held in farmers’ names.

Rajesh Mehta reportedly told people that the never met Jignesh Shah for any NSEL matter and it was Amit Mukherjee (AVP Business Development, NSEL) who used to interact with his partner Rajiv Todi and finalize things.

Interestingly as per the auditor’s report atleast 21 out of the 22 members excluding Vimla devi Agrotech Ltd which seemed to have adequate stock all others were woefully short of stock. For instance Mohan India Pvt. Ltd. was expected to maintain a stock of 777.24 but it had had only 31.85. Likewise, P.D. Agro processors Pvt. Ltd. had a stock of 336.19 against 787.55. 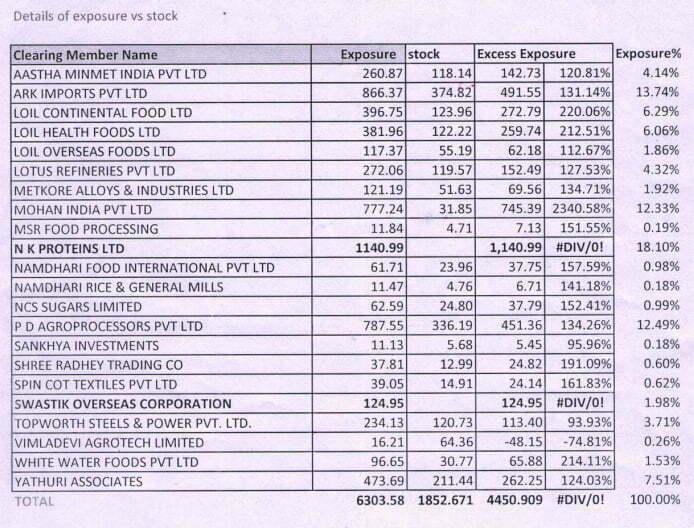 Interestingly while being the auditor Mukesh Shah who is a maternal uncle of Jignesh Shah signed for cheques taken as bogus donations from MCX. He was allegedly doing insider-trading in FTIL shares.

How COVID-19 kick-started many small businesses

Businesses that started at home did not need an advertising agency to market their products. Such businesses produced their products on a much smaller scale, mainly for their locality. For publicity, word of mouth and social media worked best.
Read more
BUSINESS

However, all hope is not lost as economists expect India’s growth to rebound to 5.4% in 2021-22 but that is provided Covid-related lockdown and restrictions are completely lifted by 2022.
Read more
CRIME

In the meat and poultry food industry, animals such as sheep, goats, turkeys, chickens, ducks, and game birds etc, are considered halal, but they must be prepared according to Islamic laws in order for their meat to be suitable for consumption.
Read more
BUSINESS

Housing Market – Where, When and How?

Covid-19 wave does not spell doom for real estate. Housing recovery after the second wave will again be the fastest among other sectors. Demand may remain slow for a few months but pick up again as soon as cases recede.
Read more
BUSINESS

BBA vs. BBM vs. BMS: choosing the best management course

BBA, BBM, and BMS are very similar courses in several ways, but each has its distinct flavour and distinguishing features that make it suitable for the specific strata of the student. All of these courses are beneficial to students interested in pursuing a career in business management.
Read more
National

Cyclone, hurricane, typhoon or storm all mean the same depending on the part of the world you are. Indian seas are no strangers to cyclones
Read more