Indian classical vocalist Pt Jasraj passes away in US at 90 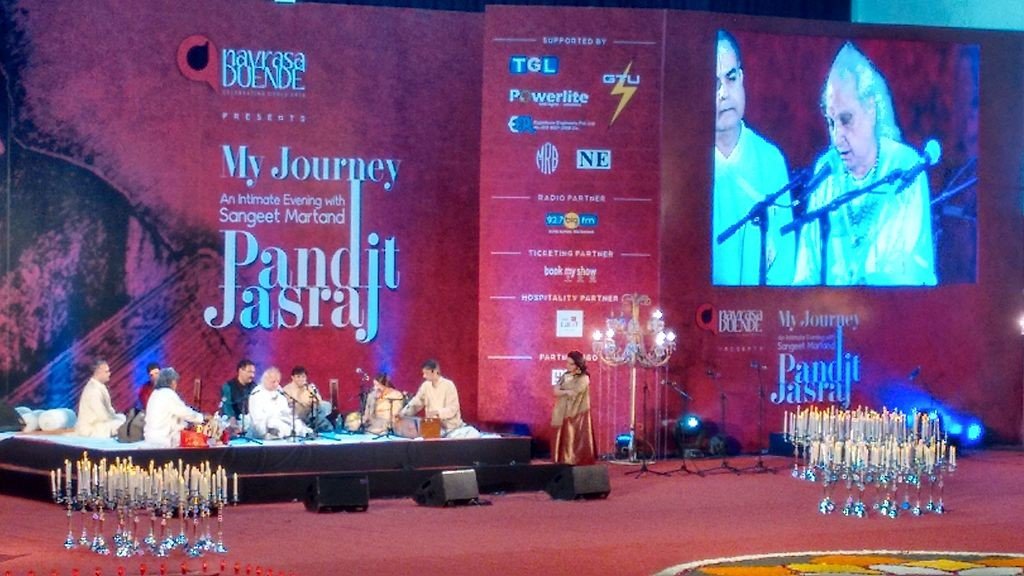 Pt Jasraj, 90, one of the most lauded music artistes in the country who was devoted to classical vocal music for over eighty years, died of a cardiac arrest in the United States.

Born in a middle-class Brahmin family in Pili Mandori village in Hisar district of Haryana, Jasraj was just four when he was to be appointed as state musician in the court of Mir Osman Ali Khan. Jasraj’s elder brother, Pandit Pratap Narayan, also an accomplished musician and was the father of music composer duo Jatin-Lalit, as well as actresses Sulakshana and actress Vijeta Pandit.

Pt Jasraj spent his early childhood in Hyderabad and received his training in the Mewati Gharana from well-known musicians like Maharaj Jaywant Singh Waghela. 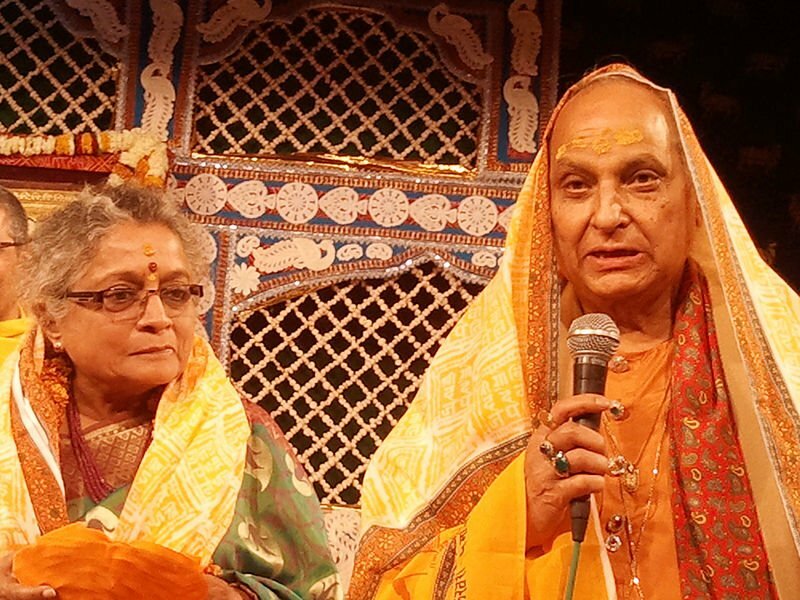 Pt Jasraj is today known for creating a novel form of jugalbandi called Jasrangi between a male and a female vocalist, who each sing different ragas at the same time

Recipient of the highest national awards Padma Shri (1975), Padma Bhushan (1990) and Padma Vibhushan (2000), he had received the biggest honour when the International Astronomical Union (IAU) in September last year named minor planet 2006 VP32 (number -300128) discovered on November 11, 2006, as ‘Panditjasraj’ which traverses the cosmos between the orbits of Mars and Jupiter.

In a message on Twitter, Prime Minister Narendra Modi expressed his condolences and said: “The unfortunate demise of Pt Jasraj Ji leaves a deep void in the Indian cultural sphere. Not only were his renditions outstanding, he also made a mark as an exceptional mentor to several other vocalists. Condolences to his family and admirers worldwide. Om Shanti.”

A doyen of Indian classical vocal music, he belonged to Mewati Gharana and was introduced to vocal music by his father, and later trained as a tabla accompanist under his tutelage of the elder brother, Pandit Pratap Narayan. Jasraj began training as a vocalist at the age of 14, and his riyaz once lasted 14 hours a day. He was born on 28 January 1930 in Pili Mandori, a village in the Hisar District of Haryana.

His wife Madhura Pandit, daughter of legendary filmmaker V Shantaram and actress Sandhya, was an eminent Marathi filmmaker. Pandit Jasraj’s albums include Bhajan and Om Namoh Bhagwate Vasudeva among many others.

He also taught music in India, Canada and the United States.

He represented the last of a generation of classical vocalists, which includes 83-year-old Kishori Amonkar of Jaipur Atrauli Gharana.

When this exceptional artist was recognized by the IAU, he had said in an interview: “This is beyond my dreams. In this honour, one can experience only God’s Grace. For me, the proximity of the minor planet to Jupiter (Guru as per Hindu Astrology) is an indication that my Gurus willed it with their blessings. Music spreads love and unites souls. I am truly humbled, but this honour belongs to our divine Indian Classical Music, our great nation… Jai Ho.”

Among others Pt Jasraj is known for his haveli sangeet, an ancient form of classical music performed to invoke God.

Pt Jasraj is no more but his musical tradition and legacy are going to last forever from one generation to another.

Shashi Aggarwal not only donated plasma thrice in the past few months but also motivated others to do the same, saving 497 lives
Read more
National

Beena Kannan is one of the most talked-about fashion designers from South India. She is today carrying forward the legacy of her grandfather Veeriah Reddiar who started the family business of Kanchipuram silks in 1910.
Read more
International News

It is not easy for women to prove themselves and be treated as an equal, if not better, in a male-dominated world. Here is a list of women who defied all odds and dared to be different.
Read more