Hard to Understand, Harder to Remember 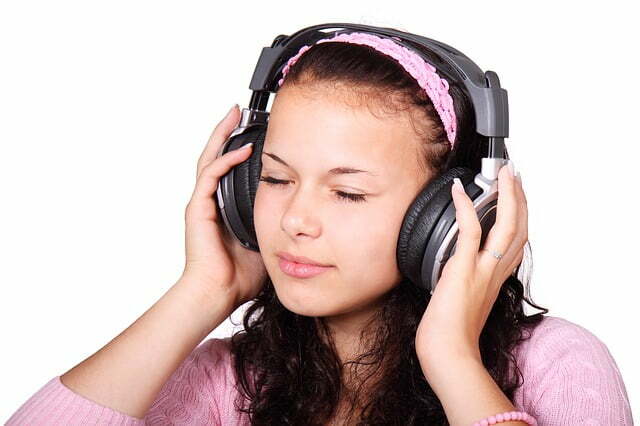 Struggling to understand someone else talking can be a taxing mental activity. A wide range of studies have already documented that individuals with hearing loss or who are listening to degraded speech — for example, over a bad phone line or in a loud room — have greater difficulty remembering and processing the spoken information than individuals who heard more clearly.

Now researchers at Washington University in St. Louis are investigating the relatively unexplored question of whether listening to accented speech similarly affects the brain’s ability to process and store information. Their preliminary results suggest that foreign-accented speech, even when intelligible, may be slightly more difficult to recall than native speech.

The researchers will present their findings at the 169th meeting of the Acoustical Society of America, held May 18-22, 2015 in Pittsburgh, Pennsylvania.

Listening to accented speech is different than other more widely studied forms of “effortful listening” — think loud cocktail parties — because the accented speech itself deviates from listener expectations in (often) systematic ways, said Kristin Van Engen, a post-doctoral research associate in the linguistics program at Washington University in St. Louis.

How the brain processes information delivered in an accent has relevance to real-world settings like schools and hospitals. “If you’re working hard to understand a professor or doctor with a foreign accent, are you going to have more difficulty encoding the information you’re learning in memory?” Van Engen asked. The answer is not really known, and the issue has received relatively little attention in either the scientific literature on foreign accent processing or the literature on effortful listening, she said.

To begin to answer her question, Van Engen and her colleagues tested the ability of young-adult native English speakers to store spoken words in their short-term memory. The test subjects listened to lists of English words, voiced either with a standard American accent or with a pronounced, but still intelligible Korean accent. After a short time the lists would randomly stop and the listeners were asked to recall the last three words they had heard.

All the volunteer listeners selected for the study were unfamiliar with a Korean accent.

The listeners’ rate of recall for the most recently heard words was similarly high with both accents, but Van Engen and her team found that volunteers remembered the third word back only about 70 percent of the time when listening to a Korean accent, compared to about 80 percent when listening to a standard American accent.

All of the words spoken with the accent had been previously tested to ensure that they were understandable before they were used in the experiment, Van Engen said. The difference in recall rates might be due to the brain using some of its executive processing regions, which are generally used to focus attention and integrate and store information, to understand words spoken in an unfamiliar accent, Van Engen said.

The results are preliminary, and Van Engen and her team are working to gather data on larger sets of listeners, as well as to test other brain functions that require processing spoken information, such as listening to a short lecture and later recalling and using the concepts discussed. She said work might also be done to explore whether becoming familiar with a foreign accent would lessen the observed difference in memory functions.

Van Engen hopes the results might help shape strategies for both listeners and foreign accented speakers to better communicate and ensure that the information they discussed is remembered. For example, it might help listeners to use standard strategies such as looking at the person speaking and asking for repetition. Accented speakers might be able to improve communication by talking more slowing or working to match their intonation, rhythm and stress patterns more closely to that of native speakers, Van Engen said.

In other words, all want harmony and amity to prevail at all strata of society and at all times and in all ways.
Read more
LIFESTYLE

In the meat and poultry food industry, animals such as sheep, goats, turkeys, chickens, ducks, and game birds etc, are considered halal, but they must be prepared according to Islamic laws in order for their meat to be suitable for consumption.
Read more
LIFESTYLE

The pandemic has brought forth many contrasting trends in the - NCR and MMR. 85% buyers purchased their very first homes in NCR
Read more
LIFESTYLE

Bride burning and the evil system of Dowry

Leave aside the reference to the old days, even today the laws of the state transfix the husband's name on woman, for in official transactions, a woman is required to give her 'married name' also. Thus, bride burning or wife burning which has caused a countrywide wave of consternation is an outcome of our very own defective value system. It is a sign of extreme moral decay.
Read more
LIFESTYLE

Hu(man) and the beast – the narrowing gap

Humanity has departed from this world, Man has become worse than a beast. These words describe the state of society we are living in
Read more