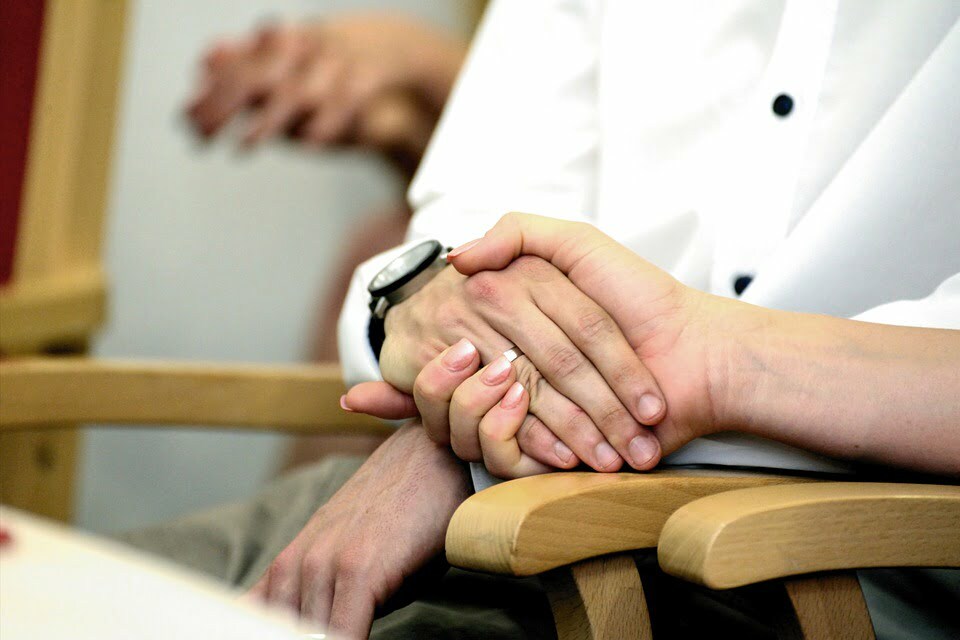 On average, co-workers spend 8-10 hours a day together. These long hours spent together have two simultaneous effects; the individuals tend to get to know each other very well and they often have little time to spend with their significant others outside of work. The co-workers may find themselves slowly bonding over shared goals and, with the smallest spark between them, end up walking towards infidelity without even realizing it. Seems like a bit of a leap, doesn’t it? However, there may be a multitude of factors working behind the scenes that push the two people towards a more intimate, extramarital relationship.

In many workplaces, extramarital affairs may begin when the individual(s) is experiencing dissatisfaction in their relationship or in their life in general, and use the affair to add spice to their mundane routines. However, extramarital affairs are rarely solutions for the problems that lead to them. Once the initial excitement of a ‘forbidden love’ wears off, the individual(s) often find themselves mentally stressed from the balancing act of lies, guilt and conflict that they are constantly dealing with. This stress tends to build up as the affair goes on. The emotional strain that the individual(s) is under can impact their work performance, their partner, their lover and could potentially impact the person’s entire career. This could happen if a superior found that the affair was in violation of the company policies and had to fire them or if the affair ended badly and the disgruntled lover sought revenge by reporting the other to HR.

While these sound like events that would occur in a movie, they are very real potential outcomes to an extramarital affair at the workplace. These effects could leave behind even messier situations when one of the individuals involved is the subordinate of the other. This could result in the achievements of the subordinate be undermined due to the relationship, or the subordinate being mistreated in an attempt by the superior to eradicate any partiality in their decisions.

Romance and marriage at the workplace

Individuals in workplace marriages understand their spouse’s commitment to the work. This can prevent traditional problems related to establishing a healthy work-life balance as long as both individuals keep each other in check.
Read more
LIFESTYLE

The unscrupulous world of power play and office politics

Politics or power play is a very common feature in the workplace. This is often demonstrated when employees aspire to achieve something beyond their authority and control. They attempt to live up to these aspirations by forming relationships with those who have greater power and authority than themselves.
Read more
Editors Pick : Top Stories

Managing your time well will allow you to get more done during the workday and will help you establish clear boundaries between your work and home life. This gives you time to recharge and destress by taking time away from your work stressors. This balance also allows for time to socialize and spend time with your loved ones, which can do wonders to relieve your stress.
Read more
Editors Pick : Top Stories

Suicide is a terrible mystery of human behaviour. As a professional psychologist or marriage and Family counsellor who has been in the practice since the past 18 years, I believes that certain common risk factors make a person more vulnerable to suicide.
Read more
LIFESTYLE

Isn’t it so ironical that throughout our life we struggle hard to maintain our relationships and yet we cannot achieve that perfect balance in our relations, be it personal or professional?
Read more
Entertainment

Air Badminton is designed to create opportunities for people of all ages and ability to play badminton on hard, grass and sand surfaces in parks, gardens, streets, playgrounds, and beaches around the world. The project has been going on for the past five years to develop a new outdoor shuttlecock with increased durability, stability and wind resistance to allow people to play badminton outdoors.
Read more
HEALTH

Boredom is a common feeling. There is nothing wrong with feeling bored. Some of the greatest inventions did not just take place out of necessity, but out of boredom, simply because someone was bored and wanted something new.
Read more
Editors Pick : Top Stories

Top 12 most romantic honeymoon destinations in the World

Greece, Maldives, Thailand, Hawaii, Italy or South Africa-- selecting the ideal honeymoon destination -- is one of the most crucial decision that a newlywed couple has to take. From beautiful sun-kissed beaches to ski trips in snowcapped mountains, fairy-tale theme parks, jungle safaris and far-flung exotic locations -- several options have to be considered while selecting the most romantic, luxurious, hot and sexy destination in the world.
Read more