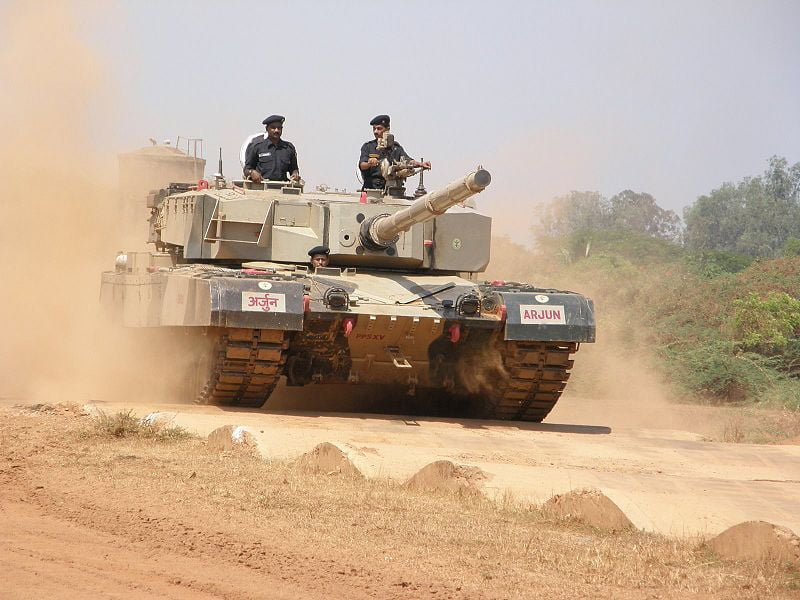 The unleashing of COVID 19 on humanity has been an unprecedented catastrophe in recent times. Even if we go back in history, other pandemics would be a pale shadow to the present impact of this virus on the health and economies of all countries worldwide. This scourge has affected all of humanity, impacting lifestyles, businesses, economies and our common wellbeing.

Our Performance Manufacturing Index (PMI) went down to 38% in March 2020; hopefully, it is recovering now to 50.7%. Index for industrial production declined to 118.10 (contraction by 11.10%) in July 2020 with the industrial growth contracting by 29.2% as compared to a 3.5% rise in the same period last year. The contribution of our manufacturing sector to the GDP has been around 24%.

The story of the Indian defence industry has been quite pathetic. Despite several associated bodies and a huge workforce engaged in research, development and production, India continues to be the world’s second-largest arms importer. As per the Stockholm International Peace Research Institute (SIPRI) latest report, India accounted for almost 10 per cent of the global volumes of arms imports in the last five years. In comparison, China accounts for 4.3 per cent.

India allocates about 1.8% of its GDP towards defence spending, of which 40% is allocated to capital acquisitions and only about 30% of India’s equipment is manufactured in India, mainly by public sector undertakings. Even when defence products are manufactured domestically, there is a large import component. The Indian defence industry is largely dominated by government-owned/controlled entities; with the private sector playing a peripheral role. The dominance of the public sector is ensured through the nine giant Defence Public Sector Undertakings (DPSUs) and 41 Ordnance Factories (OFs) that are under the administrative control of the MoD’s Department of Defence Production (DDP). There are also 50-odd research laboratories under the umbrella of the Defence Research and Development Organisation (DRDO), the MoD’s premier R&D agency. 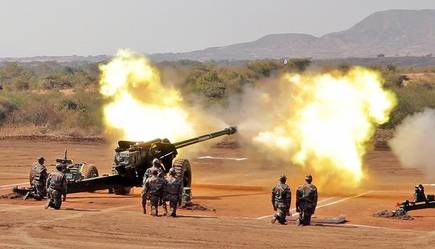 Together, these three (DPSUs, OFs and DRDO) have more than 190,000 direct employees on their payroll, including over 7,400 scientists. There is a clear division of responsibility among these entities.  The government opened out the defence sector to foreign companies as well and these companies could own up to 26 per cent equity stake in any defence joint venture. (The FDI cap has been increased to 100 per cent by the Modi government, whereas, in the automatic route it is 74 %.)

The defence sector worldwide has been responsible for many ground-breaking technological advances, from the internet and computers to drones and GPS. Over the years, western nations have invested heavily in R&D in order to keep one step ahead of the adversary and gain first-mover advantage. But today, a combination of military budget restrictions and the exponential growth of technology companies have left defence trailing the civilian world in terms of R&D. India’s spending on R&D in terms of percentage of GDP has been stagnant at 0.6 to 0.7 per cent in the last two decades — much lower than the US, China, South Korea and Israel, the Economic Survey said.

With the growing challenge of cyber warfare, defence organisations risk having shiny new platforms that are poorly connected and vulnerable to cyber-attack. The cyber arms race is here to stay. Most nations are investing heavily in cyber warfare capabilities from both a defensive and, in some cases, an offensive standpoint. The cyber defence should be one of the fundamentals of procurement, otherwise, investments can be wasted.

Certain skills are scarce; in the technology arena, these are notably in skill sets such as data analysis, data science, artificial intelligence (AI), algorithms, modelling and simulation. Such talent may be less interested in long-term careers, so defence organisations must find new ways of accessing these vital resources or risk falling behind. This requires new employment models, for instance, episodic careers. Another challenge is that the rate of growth in salaries for technology top talent continues to diverge from public sector norms.

Gradually, the private sector has started to make inroads in the field of defence manufacturing. Hyundai Heavy Industries (HHI) of South Korea will work with Hindustan Shipyard Limited, Vizag to build warships in India. Currently, the time duration from the point of order to delivery takes around 6 years. With this collaboration, this gap is expected to fall to 2.5 years. The initial understanding was completed during PM Modi’s recent visit to South Korea.  Another South Korean major, Samsung, has also agreed to build LNG tankers with Kochi Shipyard.

There is a huge scope for the private sector, considering India’s large and growing defence budget in general and the capital expenditure (most of which is spent on procurement of hardware) in particular. Assuming that nearly 80 per cent of the capital expenditure would be spent on capital procurement, the order of magnitude would be $300 billion. Much of India’s defence procurement budget is spent on imports. If the private sector can capture a part of what is imported, there is still a huge opportunity to look for.

In the early 1980s, we had phased manufacturing plans that were forcing Indian importers to indigenise over a period of five years. Unfortunately, when the economy started opening up we signed the WTO norms and local manufacturing took a back seat as it was easier and cost-effective to import rather than manufacture locally. We need to reverse this if we really want to focus on manufacturing and take it to the next level.

The Indian Defence Industry will have to adopt disruptive technologies to come out of this quagmire. The time of digitalisation has come. In times to come it will be all about vastly enhanced computing and communicating powers and adapting it to different applications in different forms. We need to adopt technologies such as robotics, artificial intelligence, big data analytics, and semiconductors and advance computing and hypersonic realms.

Maj. Gen. Dr. Rajan Kochhar, VSM
Maj Gen Rajan Kochhar, VSM, retired as Major General Army Ordnance Corps, Central Command, after 37 years of meritorious service. An Alumni of Defence Services Staff College and College of Defence Management, he holds a doctorate in Emotional Intelligence and is a reputed expert on logistics and supply chain management. Gen Kochhar, a prolific writer and defence analyst, has authored four books and invited as an expert commentator by various news TV channels. He is an Arbitrator with the Ministry of Defence and Member, Manoj Parikkar Institute of Defence and Strategic Analyses, New Delhi.

As the world's largest democracy India must join those who are condemning the military take over Myanmar. It is in the interest of India that a civilian government is restored in Myanmar at the earliest.
Read more
DEFENCE

Army, Navy and Airforce need to be placed under a single Theatre Commander

The idea of Theatre Command has received a fair amount of criticism from various quarters. Some analysts feel that Theatre Commands are required for expeditionary forces like the USA and China and not suited for India which does not covet territory beyond its borders.
Read more
DEFENCE

Why is Pakistan dancing to China’s tunes?

China never gives anything free. Islamabad will have to return $21.8 billion of commercial loans and $7.75 billion taken as bilateral debt to Beijing by 2023. Pakistan needs to repay China more than double the amount it owes the International Monetary Fund (IMF). Considering the dismal state of Pakistan’s economy over the past several years it is doubtful if Pakistan can ever return the loans.
Read more
DEFENCE

Even if the previous Manmohan Singh Government is discounted as an example of bad governance, what difference has Modi’s government that works made? The ground realities haven’t changed. Even if the first of the 18 MRCA’s are delivered in 2015, the remaining 108 aircraft made in India will not be available for quite some time.
Read more
DEFENCE

More than 200,000 Indians have served in 49 of the 71 UN peacekeeping missions established around the world since 1948. In 2007, India became the first country to deploy an all-women contingent to a UN peacekeeping mission. But Major Suman Gawani deserves the credit for being the first Indian woman to get the Gender Advocate of the Year Award.
Read more
DEFENCE

Coup in Myanmar: implications for India

The military coup on 01 Feb 2021 in Myanmar has to be seen in the context of the Chinese showdown with India in both western as well as the eastern sectors. China is working very hard to ensure that India does not become a third superpower on the globe within the next decade.
Read more
DEFENCE

Why should India talk to China after Galwan?

It has been confirmed by the MEA and recent US Intelligence reports that more than 350 Chinese soldiers armed with iron rods and spiked bats were waiting to pounce on a small party of 50 unarmed Indians. It is a different story that the Indian soldiers despite their inferior numbers managed to overpower them and in the process killed 43 Chinese soldiers and injured 76 of them at the cost of 20 Indian soldiers including the CO 16 Bihar Col Babu. Still, we are talking to Chinese. why?
Read more