Home Education A state where teachers fail in tests
Education

A state where teachers fail in tests

In February 2015, Maharashtra held its annual evaluation tests for teachers of government-run schools. Only one percent of more than 245,800 primary teachers who took the test passed. Upper-primary teachers did better, somewhat — 4.9 percent cleared the tests.

This is the situation in a state where 99 percent of children aged 6-14 years are, officially, enrolled in schools, and there are 25 teachers for each student, near the global average.

“In the wake of teacher eligibility tests [introduced after the Right to Education Act, 2009] and the high proportion of candidates who fail to clear the examination, there are people who argue that subject knowledge is poor among our teachers,” wrote Vimala Ramachandran of the National University for Educational Planning and Administration.

“They point out that it is the quality of teacher — her’s or his mastery over subjects, pedagogic skills and aptitude to teach — that is perhaps responsible for poor learning,” Ramachandran, whose organisation is an affiliate of the human resource development (HRD) ministry, wrote in the study.

“Many of them argue that people enter the teaching profession as a last resort-when they have no other option.”

Teaching as an option of last resort might explain a key problem in India’s education system. This apart, less than one in five teachers adequately trained.

In an effort to boost the quality of teaching in government schools, the union government in 2011 launched a programme under the universal education programme, or Sarva Shiksha Abhiyan, to support states and union territories for annual, in-service teacher training programmes.

According to HRD Minister Smriti Irani, there are 4.5 lakh untrained elementary school teachers. The central programme has trained only 19.2 percent of the teachers up to 2013-14. So much has improved, yet the quality has plunged.

Despite spending Rs.586,085 crore (nearly $95 billion) over the last decade on primary education, India has been unable to arrest the decline in learning. The quality of teaching and teachers, millions of them untrained or under-trained, is now emerging as a key problem.

A recent United Nations report showed that some basic indicators such as enrolment and access have improved:

– Over 12 years, India has reduced its out-of-school children (enrolment rate) by more than 90 percent.

– Universal primary education has been achieved, 99 percent of children (6-14 years) in school.

Only a fourth of all children in class III can read a class II text fluently, a drop of more than 5 percent over four years, according to the 2014 Annual Status of Education Report (ASER) report by Pratham, a non-government organisation (NGO) working in the field of education.

A quarter of children in class III could not recognise numbers between 10 and 99, a drop of 13% over four years.

While the government has spent money on building schools, hiring teachers, providing free textbooks, uniforms and mid-day meals, the net enrolment in government schools went down, and enrolment in private schools rose, especially in primary schools, according to the ASER study.

Between 2007 and 2013, according to data released by the District Information System for Education (DISE), a division of the HRD ministry, enrolment in primary schools (classes I to V) peaked in 2011 at 137 million, while upper-primary enrolment (classes VI to VII) rose from 51 million to about 67 million.

The focus of the government’s education policy has been to spend more money — in other words, inputs. India’s elementary education budget has increased almost two-fold — from Rs.18,439.6 crore in 2007-08 to Rs.32,940.7 crore in 2015-16. But this has not translated into improved learning outcomes. (IANS) 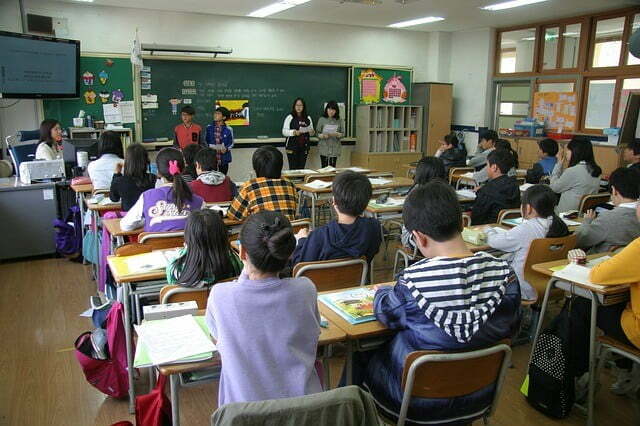 Seema, a municipal school teacher in suburban Mumbai– who asked that her last name and the name of her school not be used — told IndiaSpend that half her job had nothing to do with teaching.

“The first half of my day goes in getting children to school from their homes and then making sure that these children are regular,” said Seema. “Once they stop coming to school regularly, they tend to forget what was taught to them and hence lose interest.”

“Most children who come to government schools are often the first generation from a family to attend school,” said Seema.

“So, things like coming to school on time regularly, dressing for school and basic behavioural rules have to be taught to them. Students in private schools can afford tuitions and sometimes get help at home,while public school students are solely dependent on what is taught to them in school,” she said.

“One of the main reasons for the poor performance of students in public school is the lack of involvement by parents. In private schools, parents are more involved, from getting them to school and making sure they learn in school. Free education received at public schools somehow loses its value in the eyes of parents and students.”

The dismal results of the teachers evaluation exams, Seema said, indicated that institutions offering a Diploma in Education (D.Ed), the minimum qualification to be a teacher, are failing with the basics. This, she added, raised “serious questions” about the efficacy of these colleges, most run by political leaders.

It may still be early to say if and when online education will totally or partially replace the traditional classroom system. But the day is not far when online or off-campus learning will gain back door entry and add to or replace campus-based education-- sooner or later
Read more
Education

Teaching is an inherent part of her upbringing and present in her DNA. She started her professional career as an English teacher in various reputed DPS schools. Today Dr Rosetta Williams, the innovative and enterprising CEO, of Dalmia Vidya Mandir, is breaking new grounds in the Indian education system
Read more
Education

MyCaptain is a platform that transforms passion into a career, with mentorship from 200 plus professionals who have made a mark in their respective fields, in the most exciting way possible.
Read more
CORPORATE DOSSIER

Bihar is a state difficult to understand. On one side, 80% of the population is uneducated. There are hardly any studies throughout the year due to politics, frequent strikes and absenteeism. Many parents have to sell off their property to send their sons or daughters to Delhi, Mumbai, Bangalore or any other such metro cities for education. Still the state manages to produce the highest numbers of IAS, IPS & IFS officers. Almost 25 percent of the 700 IAS and IPS officers in the last ten years are Biharis.
Read more
Education

Most psychological studies suggest that girls and boys develop at different rates and that girls are far in advance of boys through the teenage years: it is in a girl's best interest to be educated separately, at least until boys catch up with them
Read more
Education

In a move to combat classroom distraction and “detox” youngsters -- French government has passed a new law to ensure that the phone-addicted children either do not carry their mobile devices to school or keep them stored in safe boxes during school hours.
Read more