Home DEFENCE What does China wish to achieve in Galwan Valley?
DEFENCENEWS

What does China wish to achieve in Galwan Valley? 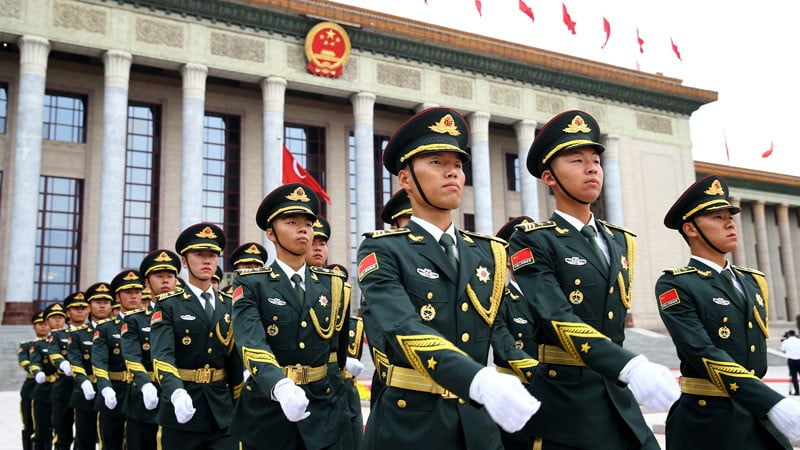 The questions uppermost in the minds of people all over the world are — what is China up to in the Galwan valley? Why is China creating problems on the Line of Actual Control (LAC) in Galwan valley area when it has its hands full in Hongkong, with maritime neighbours, with the US and globally due to its neglect in handling the Covid-19 pandemic? It is essential therefore that we analyze the possible Chinese motives to learn the right lessons.

I am not considering the military option at the moment because any military conflict will set us back economically to an extent that we cannot afford. Chinese, as it is, is losing support from a majority of countries on the Covid-19 issue and would be most reluctant to invite a major incident with India on the border issue. Hence, China would also do its utmost to keep the conflict localised and better still to avoid it completely, a major reason being the Indian Army is superior soldier to soldier, is battle-hardened and well acclimatised. In a military conflagration between India and China, both will try to occupy tactically and strategically important areas, especially if these are lightly held. The only option for India is to be prepared for a military option all along the Chinese border but make an early exit without conceding China’s new claims. Disengagement and de-escalation talks are still going on and it is best to watch China’s final stand before attributing evil motives to China.

The Chinese leadership does not appear to be following an ancient Chinese strategy: “do not attack in all directions but judiciously counter only the perceived and prioritised primary contradiction” despite having been encircled. China’s plate has always been full whenever she has created trouble for us. Presently, global sentiment against China is at its peak, unlike earlier times. The Chinese economy is dwindling and its GDP is falling. There is an exodus of international investors. Millions of Chinese are going unemployed in a losing market. China-Pakistan-Economic Corridor is in the dumps and the Uyghur insurgence is restive in Xinjiang which has porous borders and 20 % of China’s oil reserves. This is not all. Hongkong is on fire and the dispute with the US on trade and the 5G “war” against Huawei is on the boil. China’s maritime neighbours are also agitated due to Beijing’s bullying tactics. Importantly, Xi could be facing internal unrest.

PERCEIVES INDIA AS A THREAT

For some years now, there has been an increasing assertiveness as part of Beijing’s overall “Rising China” strategy. It had been smooth sailing for China in its quest for a dominant power status until India rebuffed President Xi’s project One Belt One Road, withdrew from the Regional Comprehensive Economic Partnership, and is now keenly supporting an inquiry into how China handled the Coronavirus. Further, China is not happy with India’s resolve to continue with the ongoing infrastructure development along the Northern border. India has been upgrading its airfields, roads, bridges, and other defence infrastructure. China apprehends that India may take back Gilgit Baltistan as also threaten Aksai Chin and its critical Western highway passing through it. With Gilgit Baltistan falling in India’s lap, India will get land route access to Afghanistan and the Central Asian region.

Beijing is now entering a critical stage in its grand geopolitical strategy and India has become an obstacle. The strategy is to create war psychology by activating territorial land and sea disputes. If China wants to stop India from taking certain decisions contrary to Chinese interests, it can achieve this by raising the risk of kinetic conflict. If Prime Minister Narendra Modi and his inner circle come to believe that war can follow upon their decisions, they will be increasingly reluctant to act and/or even become paralysed. In large measure, this is a subtle and repetitive exercise in psychological conditioning as Bruno Maçães, a Portuguese politician, political scientist, business strategist, and author says.

Earlier India used to cow down when China made a hue and cry. In addition to 1962 diplomatic and military fiasco, during Dalai Lama’s visit to Arunachal Pradesh in November 2009, the Government asked the Tibetan leader to amend his program and ordered reporters covering his trip to leave Tawang. Even during Sumdorong incursion in 1987, our political leadership blinked but the Army stood firm and we got what we wanted but it took 7 Years! In the case of Doklam, the general impression was that it was just an excuse for China to try and show both India and Bhutan their place for ‘daring’ to rebuff OBOR — President Xi’s project. The Chinese did not succeed because the Army stepped in and stopped the road construction by the Chinese.

Reopening Settled Issues: There never was a dispute about Galwan Valley. China has now charged India with violating the LAC and of unilaterally changing the status quo with its infrastructure development. China has staked a claim to the entire valley and up to the confluence of the rivers, including on land where India has laid roads and bridges. China has expanded its claims and is trying to realign the LAC. Apart from Galwan, the Chinese intruded into Sikkim in 2006-07 despite having recognized Sikkim as part of India during Vajpayee’s visit to China in 2003 and despite Chinese maps showing Sikkim as part of India. China is reiterating that it is free to reopen issues that were settled before.

Wages of Sin: China is also conveying to India to consider if it could afford the consequences of a full-blooded armed conflict with China. Beijing is warning India that it must back down from its “military posturing”. China this time certainly meant business because it premeditated an ambush. ‘Outside’ (read commandos) troops planned, instigated, and sprung the ambush. However, China must have regretted its “surprise” because the Indian Army came out on top despite being outnumbered and unprepared. The fact that the Chinese deployed troops all across the northern border means that several units have been brought up with considerable planning. As reported in the press, this would have been cleared by the Central Military Commission headed by President Xi Jinping, if not initiated by him.

At the Cost of Human Life: China wanted to convey that China will not hesitate to kill Indians when provoked. It reflects China’s inhuman outlook is not announcing its many more casualties than India’s and not giving their dead cremation with military honors. It also desired to convey in a paternalistic manner that China is a responsible dominant power willing to de-escalate the standoff on its terms! How much of this succeeded is a big question mark?

After Word: The above analysis indicates that India has to prepare herself as a militarily strong nation. China too would have to change its strategy vis-à-vis India in the light of our firm and no-nonsense responses; militarily, diplomatically, and politically.

Whatever may be the outcome and even if China agrees to status quo ante, we cannot get away from the fact that Chinese no longer respect the LAC and have conveyed in no uncertain terms that the entire border is negotiable notwithstanding past claims and physical possession. Chinese claims are flexible and changing in direct proportion to Indian infrastructure build-up and upgrading of its military. Hence, the need for India to change its strategy and display patience and resilience in dealing with China while reaching military parity with China on the border.

Maj. Gen. SCN Jatar
Commissioned in the Bombay Sappers (Corps of Engineers) Gen Jatar (Sudhir) commanded an infantry brigade in Kashmir and Rajasthan before serving as Staff Officer to Gen. K. V. Krishna Rao Expert Committee for reorganization of the Indian Army. He commanded the 105 Engineer Regiment during the 1971 War. His men cleared minefields, constructed underground bunkers and helipad – which helped in the capture of Nangi Tekri in the battle of Poonch. After retirement Gen Jatar served as CMD of Oil India, CMD ONGC Videsh Limited, and Chairman SCOPE (apex body of the PSUs). General Jatar has also been consultant to Hindustan Petroleum Corporation Ltd, President of RPG Petrochem Ltd and MD of Garware Shipping Limited.

Navies are not built in a day, they require consistent efforts and thus, the Indian Navy now needs to transform from a ‘Buyer’s navy into a Builders Navy’.
Read more
BUSINESS

The foundation-laying ceremony of Jewar International Airport by the PM heralds future economic activity in and around the airport.
Read more
BUSINESS

The Indo Pacific region has more than half of the World’s population. The region has 2 billion people living under democratic rule.
Read more
Automobiles

Renault, which is in its 10th year of operations in India scored big during Dhanteras and Diwali and delivered over 3000 cars
Read more
International News

Does any religion permit (mis)use of public places?