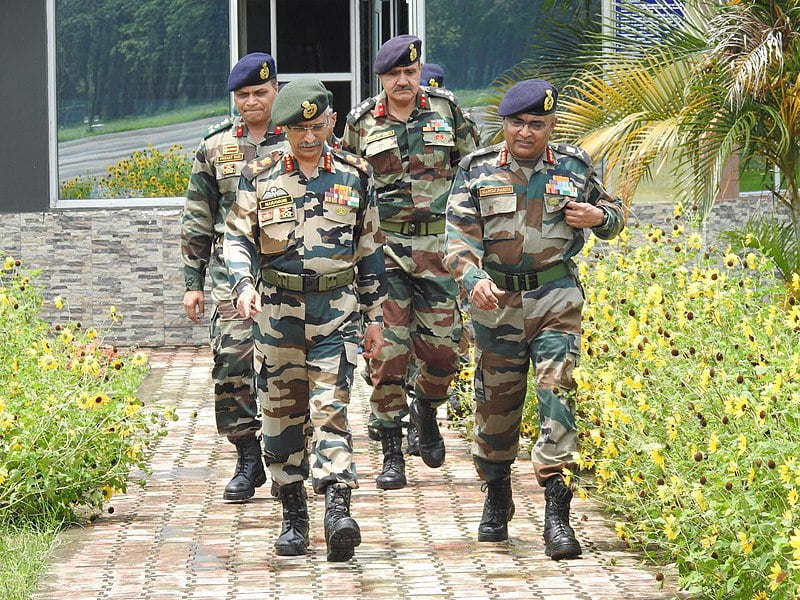 The very purpose of having an army is not to provoke others and fight wars unnecessarily but to behave as a responsible nation and ensure that others do so two. This is rule number one.

The second rule states – the more you sweat in peace, the less you bleed in war.

Rule number three is an age-old definition of management as doing what you can with what you have. The biggest challenge that India faces is how to channelize and make the most of its population 18% of the whole world, youth in particular. This is an opportunity that we need to tap if the Nation has to progress.

All over the world, there are around 23 countries, which do not have a regular military but all the men and women are so well trained that they can double up to repulse any invasion or emergency

In South Korea, all able-bodied males are required to complete 21 months of national service in the army, 23 months in the navy, or 24 months in the air force.

North Koreans have to serve in the military — 11 years in the case of men and seven years for women.

In Israel, too all men have to compulsorily service in the military for three years and women have to do so for two years.

Even in the United States, men and women between 18-25 years of age voluntarily enroll for military service.

During the World wars, quite a few countries used to give compulsorily give military training to all boys and girls above the age of 12 who had to undergo at least 52 hours of military training each year. They were given uniforms to wear and drilled twice a week carrying dummy rifles or sticks. Their curriculum included theory and practical sessions on the drill, section-attack, shooting, and bayonet fighting. If required they could at a short notice fill up the posts in the Territorial Army and help to provide first-aid, operate signals network or perform duties as a rifle battalion

After the requisite training, they were all free to join any private sector company or join the regular army if found eligible. 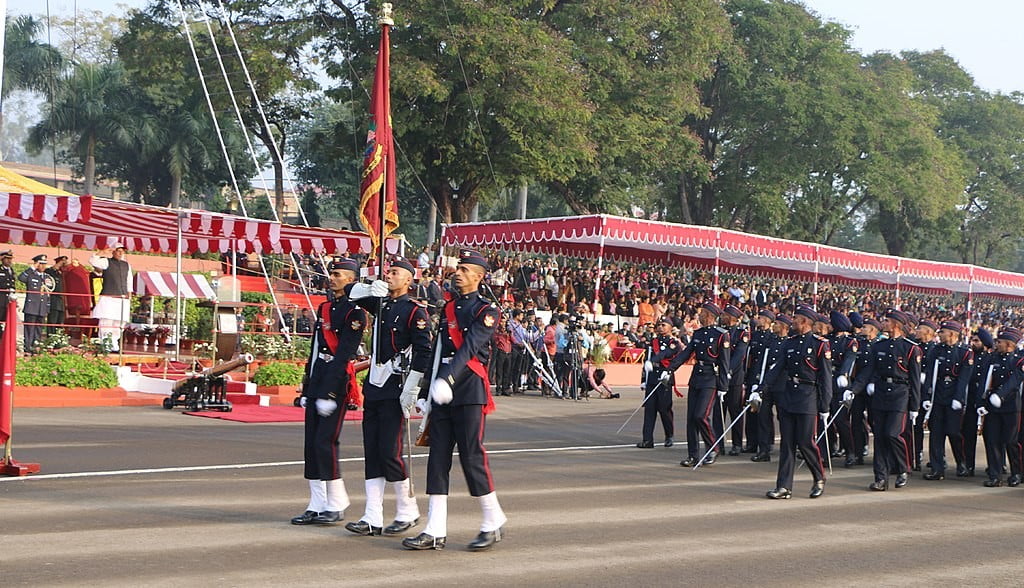 IS MILITARY SERVICE FOR ALL: SUITABLE FOR INDIA?

This brings us to the moot question should India induct its boys and girls for either compulsory or voluntary military service?

The Government of India is seriously considering a proposal to allow civilians to temporarily join the armed forces for 3 years and get a firsthand experience of army life under a new “tour of duty” program. But unlike Israel or some other countries, this would be a voluntary service for a limited period. It will also not be compulsory for everyone to join.

The present move seemingly has the concurrence of the Chief of Army Staff General M M Naravane who took over from General Bipin Rawat as the 28th Chief of the Army Staff on 31 December 2019 and had commanded the Army Training Command. He has been quoted as saying that said that idea evolved out of interactions with the youth in schools and colleges who wanted a brief exposure of the army life but do not wish to make it a full-fledged career.

HOW DOES THE TOUR OF DUTY SCHEME WORK?

BENEFITS: TO THE ARMED FORCES

BENEFITS: TO THE CIVILIANS/ CORPORATES

WHO DOES THE BLEND OF CIVIL- MILITARY RELATIONS HELP?

It is high time that the civil and corporate sector realises that all the principles of Management practised worldwide have been taken from the armed forces and armed force personnel are the natural practitioner of these principles.

Hence to have a capable and strong citizenry to run the country, it would be a welcome thing that every citizen must have the attributes and qualities of soldiers who are physically fit, motivated with the right qualities of leadership, and managerial traits to defend the country.  This can be done in a unified and systematic manner if compulsory military training is imparted to every school and college student. The nation would have a vast stock of soldier citizens ready to face the challenges to the nations which now appear to be insurmountable.

Here we must draw our attention to one fact so outstanding and staring in our faces and that is the existence of an organization called National Cadet Corps or NCC.

At one time in the late sixties when NCC was compulsory for schools and colleges, NCC cadets contributed so effectively during the 1962 and 1965 wars, as escorts to Mil Logistic trains, convoys of a civil truck carrying military equipment, escorting refugee columns as a support to local police and administration. Why these practices got diluted and the system no longer in practice is an interesting study.

The core Centre for this should be of course the strengthened and upgraded version of NCC, renamed as:

NMPC could be a regular source of supply to the armed forces if the student wanted to be in the forces, or else go-ahead to be a First-grade citizen with excellent training to face the task of nation-building. NMPC should be headed by a Lt Gen rank of an officer from the three services, and be placed under IDS Integrated Defense Staff

As NCC this naturally would turn out to be a tri-service organization. The state-level NMPC set up could be headed by Maj Gen or equivalent rank officers controlling the district levels areas through NMPC Battalions and squadrons. The full advantage would be taken of the local military formations of Army, Air and Naval Bases. The three services would be allotted extra funds by increasing the annual budget to meet the necessary increase in extra logistics etc. For this, there would be a revised policy page and an increase in the establishment.

The officers and men could be from the three services and of course also from BSF and ITBP on deputation or ERE.

Before we go on the subject of the syllabus, it should be appreciated that compulsory military training would hold good if the student has a fair understanding of National security, Meaning of the term, the role of the armed forces, military and national industrial capability, Dependence of Military development on National Industry, Handling and management of situations of disaster study of various philosophies, Development and requirement of Modern weapon system.

This special subject must be started in class 8th till the college level. The syllabus can be jointly worked out by a team of service officers and officers from the min of education. The physical military ground, sea, and air training could be the responsibility of the service groups, exposing them to the weaponry and necessary technology.

Political Interference: No cadet of NMPC would be allowed to be part of any political activity. This would be allowed only after leaving college. For the additional subject of Military study and security, the syllabus should be worked out by a special committee formed by officers of the services, Education ministry, and UGC.

The conduct of the camps could do in every state utilizing the help of the service formations. But for the class XII and college, the camp should be common in one place. This system may require a more in-depth study.

The training syllabus must include besides basic military subjects as in case of military studies, the aspects of internal security, the threat from various quarters to the nation, Naxalism and counter insurgency Ops, along with the subjects of Indiginization of Defence and other industries, All these subjects could start from basic level pitched according to the understanding at their age and stage.

The defence budget must be suitably upgraded, and the education ministry and state govt must be asked to contribute in proportion monetarily, logistically, and through manpower.

For the other ranks, all candidates who could not make it to the selection of the NMPC should be given a 5 years’ service in the ranks (This aspect can be further fine-tuned).

The absorption of these personnel after 3 to 5 years will have to be worked out but one thing is certain that this vast reservoir of capable National manpower would not only become the second line of defence but would also contribute towards Nation building, proper governance, law, and order, regional security and protection of vital points and vital areas, rural development programs, up-gradation of environmental health and cleanliness and many more tasks like flood and earthquake management.  In the long run, the organization of Civil Defence/Home guards could become a part of this process to give it an added punch.

The 1950 Treaty of Peace and Friendship laid the foundation of a harmonious relationship and "special relationship" between India and Nepal.
Read more
LIFESTYLE

Payalh Agarwwal “Somia” is a perfect example of what a woman can do irrespective of the ups and downs of life -- if she really wants.
Read more
DEFENCE

The inside story: Mashkoh– Kargil as I saw it # 6

In the letter to his son, the father wrote "if ever you were to face the enemy bullets, face them on your chest and not your back. If the bullet is received on your chest, it would mean that you fought like a tiger and if it is received on your back, the whole village will say that he got the bullets while running away from the enemy fire".
Read more