Why shouldn’t India recognize Tibet as an independent country?

In the recent all-party conference called by Prime Minister Modi to discuss the future course of action following the Chinese shenanigans and amassing of troops in Eastern Ladakh, top Communist Party Maoist CPM leader Sitaram Yechury wanted India to follow the path of Panchsheel with China. So be it. However, it seems that he himself doesn’t know the basics of Panchsheel which he is advocating India to follow.

The Panchsheel agreement was signed by the Indian Ambassador N. Raghavan and the Chinese Deputy Foreign Minister Chang Han-fu at Beijing on 29 April 1954 in presence of Prime Minister Jawahar Lal Nehru then PM of India to resolve the outstanding issues concerning India, China and Tibet. The spirit behind the Panchsheel Agreement was to peacefully solve the irritants between two great neighbours.

The ‘Panchsheel Agreement’ was a major milestone of the Hindi-Chini-Bhai-Bhai policy. 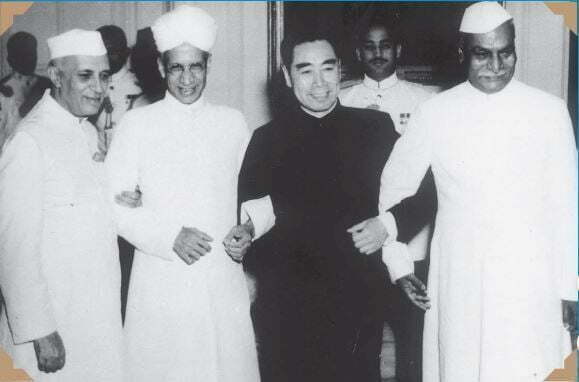 The essential points of the agreement focused on Five Principles listed as:

As Claude Arpi – a French-born historian and tibetologist writes in his book, ‘Tibet – The Lost Frontier’, it took less than two months for India to discover that all problems had not been settled. On May 15, 1954, Nehru presented the Agreement to the Indian Parliament. In his speech following the Panchsheel Agreement Nehru said, “Live and let live, no one should invade the other, no one should fight the other… this is the basic principle which we have put in our treaty.”

Nehru went on to say: “If these principles were recognized in the mutual relations of all countries, then indeed there would hardly be any conflict and certainly no war.”

But ironically the first Chinese incursion in the Barahoti area of Uttar Pradesh occurred in June 1954. This was followed by a hundreds of incursions which culminated in the attack of October 1962.

“The irony is that it is China which complained about the incursion of some Indian troops… on India’s territory!” Arpi writes.

Paradoxically the Government of India gave away all advantages accrued from the Simla Convention without asking for anything in return, not even confirmation of the McMahon line as the Indo-China Border. Beijing got what it wanted: the omission of Demchok pass in the Treaty, (leaving the door of Aksai Chin open), the removal of the last Indian jawans from Tibet, the surrender of Indian telegraphic lines and guest houses, but first and foremost the Indian stamp of approval on their occupation of Tibet.

The Simla agreement signed between the Tibet and the British government of India in 1914 clearly mentioned that the McMahon Line would be the border between Tibet and the North East region of India, as proposed by British colonial administrator Henry McMahon at the Simla Convention. Then came the Panchsheel agreement in 1954. It was actually a renewed agreement of trade with Tibet, but with a new preface. China decided that the agreement would be renewed every eight years and not 10 years. The eight years were over in 1962. So the 1962 Sino-Indian war was planned way back in the 1950s.

It must be remembered that till 1951 Tibet was an independent country. At no point in time, Indian international boundary touched China it was all along with Tibet on its entire length of 3488 km. In 1951 when China attacked Tibet, India under Nehru was full of praise- Hindi-Chini Bhai Bhai, and did nothing to criticise China and rather offered to supply Chinese troops with rations. It is worth remembering that in March 1947 in Delhi in Asian Relations conference Tibet attended it as an independent country along with China. In 1914 India and Tibet had earmarked their official boundary and recognized it.

The point to be noted is that if China claims Doklam on the basis of documents dated 1890 then Tibet too was an Independent country till 1951.

Truth is a mirage. If Yechury still wants India to follow Panchsheel then he must also agitate that India’s relations with Tibet should continue as before without visa, passport, or permit.

It is also interesting to note that way back in 1952-53 the Indian ambassador in Beijing after seeing what happened in Korea had warned Nehru and India that China will attack India in 1962. But Nehru dismissed his warning. He never thought that Chinese leaders whom he helped in capturing Tibet will one day deceive him and turn against him.it is also true that world opinion looked at India to say something against China on Chinese aggression in Tibet. But since India the neighbouring country of Tibet had no problem with China, thanks to Nehru, the world opinion remained muted.

Till 1971 Taiwan was a permanent member of the Security Council and not China. Till 1978 America had no diplomatic relations with China. By keeping quiet on Tibet issue India has scored a self- goal of monumental proportions.  Even after 1962 debacle Nehru did not wake up. Had we taken up the case of Tibet even at that time, China instead of browbeating us at Ladakh now would have been trying to develop good relations with us.

Anyway, the past and blunders of Nehru are all history. The question is after China’s deceit in Eastern Ladakh and Galwan Valley what next? Where do we go from here?

According to latest inputs China is amassing its troops in Hot Springs, PP 14 as also finger 4 to 8 an 8km area, and opening a new front in Depsung near Karakoram highway. First and foremost, we should stand firm and demand that China must go back to their side of LAC as on 5 May this year. If they do not withdraw as the signs on ground indicate we should ingress in other areas where they are weak. There is no sense in attacking them in the areas where they are well entrenched.

At the same time, we must raise the issue of Tibet and demand from China to leave Tibet so that it gains its independence. Presently after the outbreak of COVID 19 which started from Wuhan China the world opinion is against China and there is no doubt that it was an act of Chinese Biological Warfare. Tibet today is a Chinese colony – occupied in 1951. Tibet must be set free.

The main reason why China is daring to act funny in Ladakh is because its intelligence knows that we are not fully prepared for war. A case in point is how our defence Minister Rajnath Singh rushed to Russia basically to request them to supply fighter planes and spares of Tanks, Fighter planes on an emergency basis in the pretext of attending the 75th-year victory parade in WW2.

As things stand out of an authorized 42 fighter sqns in IAF – we have got 31 sqns just two more than Pakistan while we faces threat from both China and Pakistan. Likewise against an authorized strength of 200 ships Navy and a minimum of 24 modern submarines while we have just 130 ships Navy and 13 rickety submarines. Our Mountain Strike Corps has been reduced in strength and still not fully ready. All this China knows and that is why it is acting this way.

In today’s world of information technology, intelligence gadgets, a country has to be ready and prepared for a limited war all the time. India must take a lesson from this and must never be caught pants down. The only silver lining is that India of 2020 is not India of 1962. We may not be fully prepared but we are enough prepared to teach China a lesson if they do not listen. Our political leadership is also very strong.

Drowning is among the top 10 leading causes of death of children aged between 5-14 years globally.
Read more
BUSINESS

The mysterious stars that appear & disappear within an hour

The scientists are exploring these transient stars and are still not sure about the reason behind their appearance and disappearance.
Read more
National

Scientists discover materials that repair themselves

Researchers from the IISER Kolkata and IIT Kharagpur have developed piezoelectric molecular crystals that repair themselves without any external intervention.
Read more
National

Jaidev Kesri promoted to the rank of DIG CRPF

Jaidev Kesri was promoted to the rank of DIG by the DG CRPF Kuldeep Singh, IPS at a Pipping Ceremony at the CRPF headquarters in New Delhi.
Read more
DEFENCE

Initial reports suggest that the Poseidon torpedo can attain a speed of 130 kmph, with a range of 10000 km and an operating depth of 1000 m. The torpedo is supposed to be 24 m in length with a diameter of 1.6 m.
Read more
International News

Turmoil in Afghanistan: Options for India

As if Pakistan and China were not enough, the Taliban taking over Afghanistan further adds to the problems. India would perforce have to engage with its neighbours for lasting peace and yet be fully prepared for turbulent times ahead.
Read more
LIFESTYLE

Social Media detox: why do we need it?

Corporatization of Ordnance Factories: choosing what not to do

The Kolkata based OFB with 41 Ordnance Factories under its fold is to be reorganized into seven corporate entities on the lines of defence public sector undertakings (DPSUs) based on the nature of manufacturing and technologies.
Read more