Home ENVIRONMENT Tobacco use kills over 1.3 mn every year in Southeast Asia: WHO
ENVIRONMENTHEALTH

Tobacco use kills over 1.3 mn every year in Southeast Asia: WHO 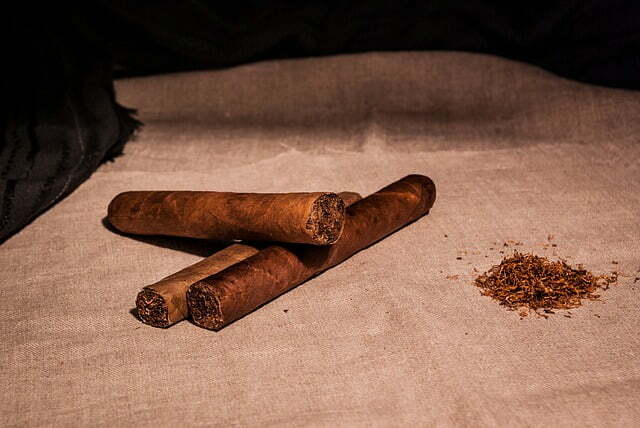 Over 1.3 million people die of tobacco consumption in Southeast Asia every year, with the region consisting of 250 million smokers and nearly the same number of smokeless tobacco users, according to a senior official of World Health Organization

Dr Poonam Khetrapal Singh, regional director for South-East Asia, said: “We know that tobacco use is the leading cause of preventable deaths.”

She was speaking at the inauguration of the WHO’s South-East Asia regional committee meeting here where health ministers and officials of 11 countries are meeting to set health priorities and discuss the health agenda for the region.

“Worldwide, tobacco use kills nearly six million people annually with over 600,000 deaths due to exposure to second hand smoke,” she said at the inauguration, attended by Timor-Leste Prime Minister Rui Maria de Araújo, who was earlier the country’s health minister.

Timor-Leste became the first new state of the 21st century when it achieved sovereignty on May 20, 2002.

WHO has reiterated several times the number of deaths occuring because of tobacco use in Southeast Asia and other regions.

Singh said the region was one of the largest producers and users of tobacco products in the world. “Many types of smoking and smokeless tobacco products are used in the region, which poses difficulties to harmonise taxation and regulations for controlling tobacco use,” she added.

But, she said, she was encouraged by the fact that the member state in the region had intensified their tobacco control activities.

When asked later at a press conference on steps taken by India on tobacco control as compared to its regional partners, she said, India had “expressed an intention” to increase the size of pictorial warning on one side of the tobacco pack from 40 percent to 80 percent of the packet.

She, however, declined to comment whether India would go ahead with its earlier commitment on pictorial warning. Singh said WHO would continue to give advisory to India on tobacco control.

She said that the best thing about the regional meeting was that the countries got to know the best practices of other countries to adopt.

Thailand, she said, had graphic pictorial warning on both sides of the pack covering 85 per cent of the area, while Sri Lanka had 85 percent and Nepal 83 percent. The latter intended to go up to 90 percent of the packet, she said adding that more countries were in the process of adopting larger warnings.

Indonesia, she said, was not a signatory to the WHO convention on tobacco control, but on its own it had required 40 percent coverage of the cigarette packet with pictorial warning about the dangerous effects of smoking cigarettes.

Although India is signatory to the WHO convention on tobacco control. India was not represented at the ministerial level at the regional meeting. J.P. Nadda is the minister of health.

The meeting is from September 7 to September 11 at the state capital of the country which lies between Indonesia and Australia and occupies a land area of 14,874 km.

Today, one in 11 people all over the world have diabetes. This figure is projected to rise to one in nine by 2045 if left unchecked.
Read more
COVID 19

Work-life balance while working from home

These are not hard and fast rules for work-life balance. Finding that out means experimenting with what works for you and what doesn't.
Read more
HEALTH

How does media violence affect children?

Adolescence is the time when children are shaping up their minds, learning new things, discovering themselves, and forming perspectives of this world.
Read more
HEALTH

As the name suggests, animal-assisted therapy refers to a form of therapy where animals assist a patient to recover from mental or physical ailments.
Read more
ENVIRONMENT

Like a caring mother nature gives us the food that nourishes and sustains our bodies as also water that cleanses and gives us life. It also provides fresh air to supply us with oxygen, which is vital to keep bodily functions going.
Read more
COVID 19

Vaccines are a low-cost public health tool for the prevention and control of infectious diseases. According to World Health Organization (WHO) global estimates, vaccines save 5 lives every single minute and 7,200 daily.
Read more
HEALTH

In the last two decades, India has witnessed many changes in the concepts & methodology of health science. The impact of these has been so much that man’s understanding of health and wellness has changed enormously.
Read more
CORPORATE DOSSIER

Vaccine to vaccination – the step-by-step process

Bharat Biotech, located in Genome Valley in Hyderabad, has an excellent track record of more than 145 global patents, a wide product portfolio of more than 16 vaccines, 4 bio-therapeutics, registrations in more than 123 countries.
Read more
COVID 19

In what is the first of its kind initiative, the Indian army is training a dozen-odd Chippiparai, Labrador and Cocker Spaniel dogs to sniff...
Read more