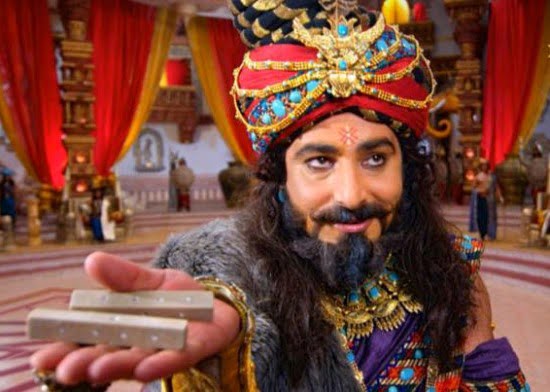 If Lord Krishna was the hero who ensured that justice though delayed is not denied; Queen Gandhari’s brother Shakuni was the anti-hero who kept conspiring till the last minute to cause perpetual blood loss and deaths which could be prevented.

It is difficult to understand why Shakuni didn’t mind the shame and humiliation of staying as an uninvited guest in his brother-in-law Dhritarashtra’s palace instead of going back to his kingdom? Shakuni had a knack of getting involved in things that did not concern him and poking his nose even when he had nothing to gain. On several occasions, Bhisham Pitamah, Vidhur, Guru Dronacharya, Guru Kirpacharya, and Karan nearly told him not to interfere in Hastinapur’s internal affairs but Shakuni managed to prevail upon them because of his influence over Duryodhana. Shakuni’s brother-in-law Dhritarashtra – was an indecisive, weak, and biased administrator who was almost a puppet in Duryodhana’s hands.

Though any other person in his position would have returned to his kingdom Shakuni stayed along to not to enjoy the hospitality but to give shape to a hidden desire to damage the Kuru dynasty. His ultimate aim was to ensure that even their dependents did not survive. 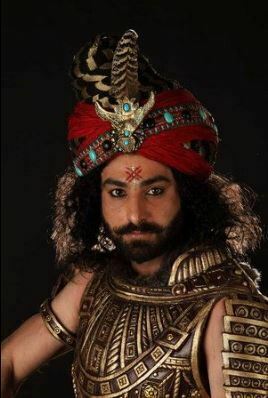 Even today it is a mystery and really difficult to understand what was happening in Shakuni’s mind? Was he the villain — a sly, cunning and treacherous character or a victim of circumstances? Was there a better side to him or was he the deceitful mastermind behind the Kurukshetra war? Was it his karma or Kauravas bad luck that the entire Kuru clan was wiped out?

In real life too some crooked people love to do wicked things and enjoy hurting others, even though they do not benefit in any way. This holds for Shakuni

Unlike a soldier who fights with a sword or with a weapon to take immediate revenge at the spur of the moment, Shakuni was like a wicked and cunning politician – half inside the ground, half outside. But though simmering like a volcano deep inside, he never let anyone else know his true intentions. His hidden agenda was to make Hastinapur bleed and suffer the same fate as Gandhar.  To achieve this objective he never missed an opportunity to poison the minds of his near and dear and sow seeds of hatred against each other.

King Subala of Gandhara had 100 sons including Shakuni and one daughter Gandhari a pious and upright soul who is said to have been blessed by Lord Shiva to bear 100 children. Bhishma approached King Subala for Gandhari’s marriage with Dhritarashtra. One of the main reasons behind the marriage proposal was that Gandhari’s marriage as the elder daughter-in-law could prove to be beneficial for the Kuru kingdom and put an end to any worry about the throne lying vacant. Though it was clear from the beginning to King Subala that Dhritarashtra was blind from birth, this was not thought to be a serious issue because Gandhar was much smaller in area than Hastinapur. Not only in area Hastinapur also had a much larger army and rejecting him meant an open invitation to death. Hence King Subala agreed to Gandhari’s marriage with Dhritarashtra. In retrospect, this was his biggest mistake and one that changed the history of the entire world.

King Subala’s other mistake was that he didn’t inform Dhritarashtra or Bhishma that Gandhari was a Manglik (a life-threatening condition for a non-Manglik husband). Hence without mentioning to anyone about it, King Subala got Gandhari married to a goat which was slaughtered before the marriage with Dhritarashtra who was not Manglik. 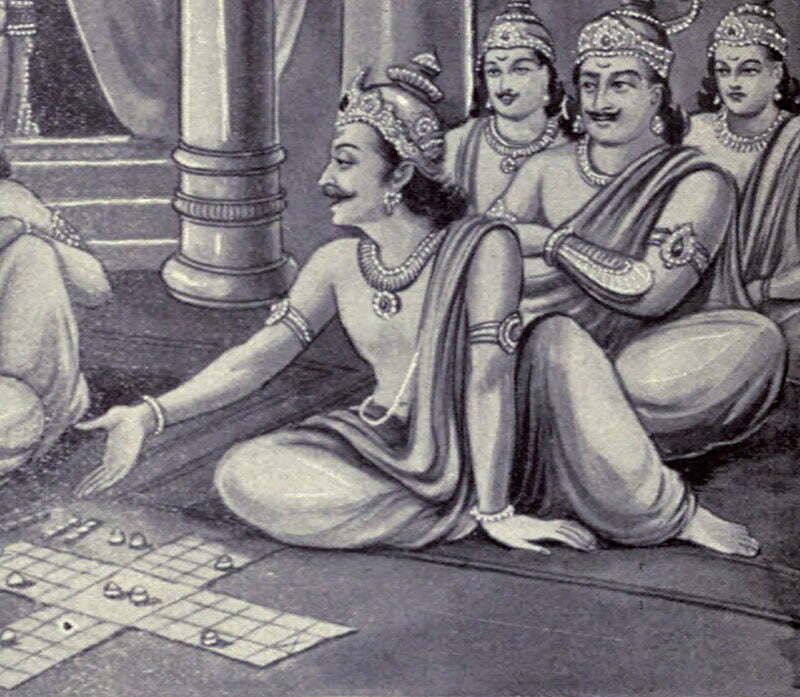 According to one version things went off well till one day while playing some children called Kauravas – “widows children”. The Kauravas did not know what this meant so they went to Bhishma. Bhishma Pitamah himself was aghast and found out about the curse on Gandhari according to which her first husband would meet an immediate death while the second husband would lead a long life. This is why her father made her marry a goat and killed it before her marriage to Dhritrashtra. However, according to the Vedas, a woman’s kids are always called the sons of her first husband even when born from an oath, curse, boon, or any other mortal. This meant that the Kauravas were technically sons of a dead goat and sons of a widow. Dhritarashtra did not like the idea of having brought a second-hand wife (that too a widow since the goat had been slaughtered). Even Bhishma was furious and wanted to kill King Subala and his 100 sons including Shakuni for the treachery. But instead of killing them, locked them up. They were given only one fistful of rice per day to make them starve to death. It is said that King Subala realized this and offered all the food to Shakuni so that at least he survived and could avenge their death after they were no more. To make sure that Shakuni remembered the pledge he broke Shakuni’s leg which made him limp for the rest of his life. 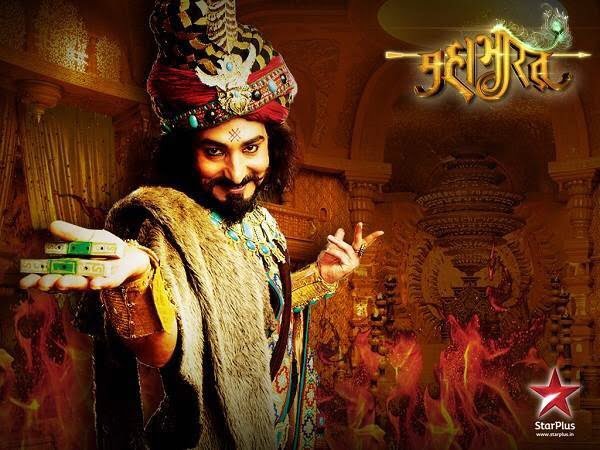 This is how Shakuni became the guardian of the 100 Kaurva princes – especially Duryodhana and with time became his close confidante. Shakuni went out of the way to develop all kinds of negative feelings like anger, jealousy, hatred, and revenge in Duryodhana’s mind. Deep inside he knew that though larger in number the Kauravas did not stand a chance against the Pandavas who had the support of Lord Krishna, but never missed an opportunity to spur them to fight each other so that one day all the next of kin of Bhishma perished, just as his dying father wanted. Shakuni never missed an opportunity to trigger differences between the Kauravas and Pandavas and worked tirelessly to inject poison in the minds of the Kauravas. But most of his plans failed because Lord Krishna’s intervention to save the Pandavas.

Meanwhile, the story goes that Shakuni was very fond of his sister Gandhari who was afraid of darkness since childhood and liked to stay in well-lit places all the time. But after her marriage to King Dhritarashtra who was blind since his childhood, Gandhari accepted her fate. She voluntarily blindfolded herself and chose to live in darkness like a dutiful wife. Shakuni did not like all this and often asked her to remove the blindfold. But she refused. This annoyed him even further and he vowed to avenge Gandhari’s misfortune. Every time he saw his blindfolded sister Shakuni was reminded of his ‘secret’ pledge to destroy the Kuru clan step by step. He felt angry and wanted to seek revenge against the injustice with Gandhari who had to lead her entire life with a blindfold. Deep inside his heart, he nurtured a grudge against Bhishma for ruining his family – his father and 99 brothers died and sister married to a blind person… He couldn’t control the anger and hatred towards Bhishma and Dhritarashtra

Like a caring mother nature gives us the food that nourishes and sustains our bodies as also water that cleanses and gives us life. It also provides fresh air to supply us with oxygen, which is vital to keep bodily functions going.
Read more
Editors Pick : Top Stories

The National Education Policy 2020 envisions an India-centric education system that contributes directly to transforming the nation sustainably into an equitable and vibrant knowledge society by providing high-quality education to all.
Read more
DEFENCE

If death is the be all and end all and it can kill anyone, anytime, then why should we bother about doing good deeds and fear punishment for our sins?
Read more

It is much more than a simple number game when it comes to deciding the PM of democratic India. Had it not been so Jawaharlal Nehru could not have overshadowed stalwarts like Sardar Patel, Subhash Chander Bose, Jayaprakash Narayan or Maulana Azad without much of support within the Indian National Congress
Read more