Oil pipelines are attractive targets for sabotage and theft 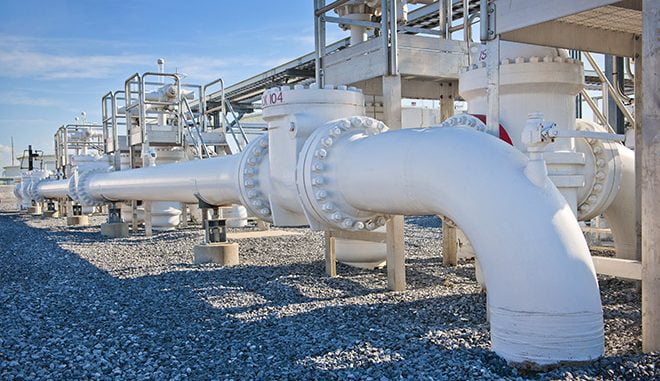 Normally, an offshore oil & gas installation such as a drilling rig or production platform is rarely under threat unless it is an act of sabotage or war by a country against another. This is because such installations are well-protected. Offshore pipelines are more prone to sabotage because they are long-distance and it is not cost-effective to protect every centimetre of the length. Further, nations are very sensitive to encroachments in their seas. The foundation is the United Nations Convention on the Law of the Sea (UNCLOS 1982). It says that a country may claim an area extending 12 nautical miles from its coast as its own territorial sea. Additionally, it can exploit 200 nautical miles of the water column beyond its coast as its exclusive economic zone.

Pipelines are attractive targets both for sabotage and for theft. Offshore long-distance gas pipelines which traverse sea zones belonging to different countries are thus susceptible to attacks. However, attacks on deep-sea pipelines require elaborate preparations. It almost becomes a military operation. Hence, there are very few such attacks. It is also more likely that there will be tell-tale signs that would give away the identity of the perpetrators. Thus, the attraction to blow up offshore installation is generally an act of sabotage or of terrorism. It is not for theft or for profit.

In the case of onshore petroleum installations, the commonest reason is for theft or profit. It is also easier for the saboteurs to tackle onshore installations or pipelines. Again, gas pipelines are not easy to breach because gas cannot be stolen is under pressure because of which safety considerations become imperative. Crude oil or product pipelines are more susceptible because the liquid fuel can be stolen, which is a very profitable business.

Our experience in Assam suggests that it is neither cost-effective nor foolproof to guard every centimetre of the pipeline. It is like guarding the line of control or the border between the two countries. The only deterrent is to repair the pipeline in the shortest possible time. Once the saboteurs know that the pipeline will be repaired quickly, the incentive to deploy resources to destroy or blow up a pipeline vanishes.

In both the East and West i.e. Assam and Gujarat, breaching a pipeline for stealing the liquid fuel is common. The perpetrators have developed a technique by which they make temporary breaches and fix gauges to siphon off the liquid fuel. This is an industry and is flourishing.

With sophisticated equipment, it is now possible to immediately locate the place of the breach because the fall in pressure is recorded in the control room. Even then the need to repair the pipeline remains.

Maj. Gen. SCN Jatar
Commissioned in the Bombay Sappers (Corps of Engineers) Gen Jatar (Sudhir) commanded an infantry brigade in Kashmir and Rajasthan before serving as Staff Officer to Gen. K. V. Krishna Rao Expert Committee for reorganization of the Indian Army. He commanded the 105 Engineer Regiment during the 1971 War. His men cleared minefields, constructed underground bunkers and helipad – which helped in the capture of Nangi Tekri in the battle of Poonch. After retirement Gen Jatar served as CMD of Oil India, CMD ONGC Videsh Limited, and Chairman SCOPE (apex body of the PSUs). General Jatar has also been consultant to Hindustan Petroleum Corporation Ltd, President of RPG Petrochem Ltd and MD of Garware Shipping Limited.

The Eat Right Campus initiative aims at safe, healthy and nourishing food in campuses such as universities, colleges, institutes, workplaces, hospitals, tea estates, jails, hotels (only cafeteria for staff) and Anganwadi centres across the country. The objective is to improve the health of people and the planet and promote the social and economic development of the nation.
Read more
LIFESTYLE

Across the world, we are seeing one of the worst side-effects of unfettered urbanization - the deterioration of air quality. In India, cities like Delhi-NCR, Mumbai and Pune are notable examples of this.
Read more
DEFENCE

India – a dominant power in the Indian Ocean

Given the geopolitical nuances within the Indian Ocean, the Indian Navy must transform itself into a blue water navy. For that to happen, it will have to first become a builder’s navy and achieve nation-building through shipbuilding. Buying naval equipment is very costly and navies are not built in a day.
Read more
DEFENCE

Kapil Mishra a resident of Jaipur wanted to express his love so he bought a plot of land on the moon for his spouse. The property is registered in the name of his wife Ruchi Kapil Mishra, latitude 47.3 degrees north, longitude 33.9 degrees west, tract 6.
Read more
DEFENCE

In the past eighteen months, there has been series of interesting developments defining the contours of the emerging new world order. The Quadrilateral Security Dialogue (QUAD) has now emerged as a crucial alliance and becoming a countervailing force to the increased belligerence and hegemony of China.
Read more
DEFENCE

If we are want to finish off the Naxals, we also need to bring laws to punish politicians who cultivate the Naxals to silence their opponents
Read more
DEFENCE

Why does India need to agree to Pakistan Army’s cease-fire proposal?

It has been reported that UAE, is trying to broker a cease-fire between India and Pakistan along the 778 km long LOC. The question is why should India agree to it, giving a breather to Pakistan?
Read more