How satellites can influence battlefield agility of armed forces

The recently concluded Indo-US Basic Exchange and Cooperation Agreement for Geo-Spatial Intelligence (BECA-GI) pertaining to imagery, imagery intelligence, geospatial information and sharing of maps and imageries for defence purposes is very timely and could fill in existing gaps in data, information, knowledge and wisdom.

However, it should not retard the process of creating indigenous imaging, COMINT and MASINT capabilities tailored to meet national security requirements at the strategic and operational level. Space power is defined as the pursuit of national objectives through the medium of space and employment of space capabilities. Operation Desert Storm was the first instance where it was emphatically demonstrated that space capabilities can significantly contribute to enhancing operational effectiveness and battlefield agility of military forces.

Post-Cold War, countries have realized that apart from military effect, space power has impacted the economic, political and security interests of nations and hence need to be considered as a strategic national capability. In our context, the issue assumes importance in view of the happenings at the LAC for the past several months. Space capabilities can support forces in a wide array of fields like early warning, attack assessment, satellite communications, surveillance, environmental monitoring, navigation and positioning, space control, ballistic missile defence, etc. BECA could provide valuable inputs pertaining to imageries, imagery intelligence and geospatial information which would be of immense significance to the warfighter at the tactical and operational level. However, it is important that efforts to acquire these capabilities indigenously should be accelerated and sustained by augmenting the capabilities of ISRO, using the skills and competencies available in the private sector.

The current imaging capabilities have traditionally been based on complex, multi-mission satellite systems that are expensive and take several years to be built. Besides, these are not agile enough to react to rapidly changing security requirements. 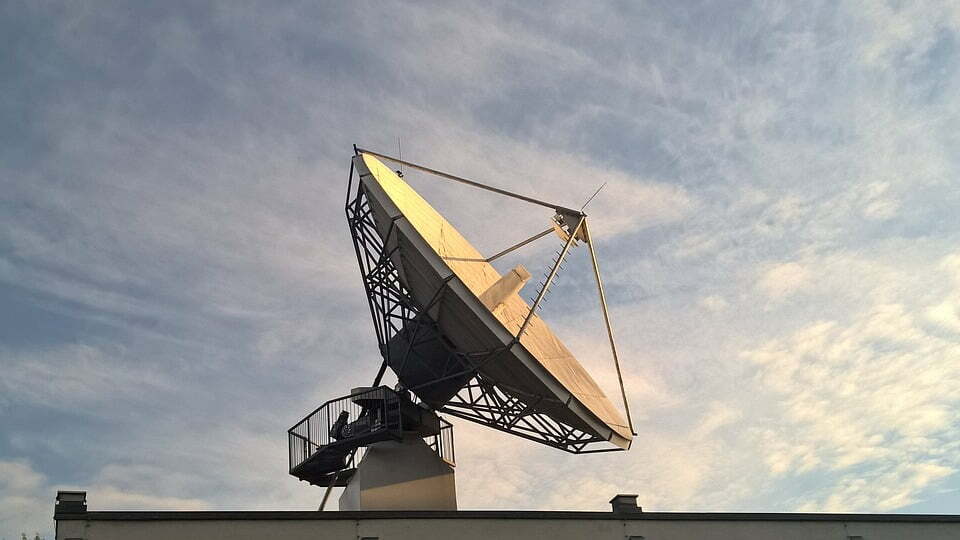 Operational requirements of the military require on-demand space support and agile payloads. This can come to fruition by looking at low cost, mission-oriented rapid reaction payload-carrying lightweight Low Earth Orbit satellites (LEOS) which can be used for all-weather day-night detection and identification purposes. The need to prevent catastrophic failures of high-cost multi-mission satellites, results in lengthy integration and testing cycles and high launch cost, as the focus is on failure proof launch and operation. Since the launch vehicle may be used for several orbital missions, a launch failure can have serious repercussions and hence the need for a risk-averse approach.

Small spacecraft represent an emerging class of satellites, robots, and systems that utilize their small size to take advantage of sharing in single launch opportunities (ridesharing) at a reduced cost. Small spacecraft also capitalize on the growing number of technical capabilities that are appearing in the high-technology electronics industry. As a result, small spacecraft and platforms are becoming more and more capable.

Increasingly, emerging SMALLSAT technologies are being looked upon as providing a complementary layer to the larger systems especially GEO satellites, thus providing a new approach to ensure that space-based capabilities continue to expand. Small satellites are maturing to offer agility, affordability, resilience, and high-resolution imagery. NASA considers small spacecraft to be those with a mass of fewer than 180 kilograms.

Small satellites have been extensively employed in the commercial end of the space spectrum like communications, remote sensing, navigation and weather prediction.

Using small satellites in the military end of the spectrum could provide enormous agility at the tactical and operational level. It will certainly shore up force survivability and force self-sufficiency, so essential for war-fighting in inhospitable terrains by greatly assisting in what is traditionally referred to in the military as preparation of the battlefield. At least in the areas of GPS navigation and space-based info systems, the US was able to cut costs substantially by leaning on commercial spacecraft bus and other commercial best practices.

With the Government opening up the space sector to private sector it is essential that the military and intelligence community examines the capabilities available in the private sector and specifies system requirements so that the private sector takes up these challenges and offers solutions that can help bridge extant capability gaps. In the area of surveillance and reconnaissance i.e. GSD of sub 5metres or 1 meter, SMALLSATS offer a cost-effective long term solution which could increase battlefield awareness, develop a coherent picture of the rapidly changing battle-space and help the military execute missions.

Alongside remote sensing, there are other areas where the public-private partnership can augment existing military and civilian capabilities. Communication satellites (COMSATS) were the first to go in for use of commercial satellites. Low earth satellites can augment the military’s tactical and operational communication requirement for theatre commands offering less latency and faster speeds. A combination of powerful geostationary and LEOS can provide a cost-effective window to meet the military`s requirements of remote sensing, communication and information exchange. A constellation of LEOS can provide a worldwide high speed, secure data service which would be 1.5 faster than traditional terrestrial communications. Weather prediction, SIGINT and navigation are other areas where both civil and military requirements could be met using low-cost constellations.

The strategic intent of Atma Nirbhar Bharat needs to be amplified through a strategic plan rolled out by the Government so that those in charge know exactly what is to be done. This issue cannot be left to market forces alone. In defence related segments of the industry, it is important that the Government not only creates demand but also accelerates the process by acting as a Planner, Investor and Customer. It is then only that this segment will get the critical mass to innovate and maintain the momentum needed to meet the dynamic requirements of the military and intelligence community. Startups in the space sector have incubated niche capabilities; all they need is hand-holding in rolling out world-class products for the country.

Lt. Gen. (Dr.) N. B. Singh, PVSM, AVSM, VSM, ADC
Lt Gen N B Singh served as Director General of the Corps of Electronics and Mechanical Engineering (DGEME), Director General Information Systems (DGIS) and was a founding member of the Armed Forces Tribunal, Jabalpur. He specializes in armored fighting vehicles and played a key role in the design and development of bullet proof vehicle Takshak, Arjun Armored Recovery vehicle and made significant contribution in the development of the Dhanush gun system. He has undergone specialized training in Germany on off highway vehicles and served in Moscow as Military Attaché Technical.

The inside story: Mashkoh– Kargil as I saw it #1

This book is a first-hand authentic account of war stories of the ‘Mashkoh Warriors’ by Brig Umesh Singh Bawa, who commanded the 17 Jat during the Kargil war and was awarded Vir Chakra for his gallantary actions in the Mashkoh Valley in 1999.
Read more
DEFENCE

Remember Kargil: those who do not learn from history are doomed to repeat their own mistakes

The Kargil Review Committee set up to find what went wrong and how to prevent it from happening again, found that the helicopter-borne Winter Air Surveillance Operations (WASO) failed to detect the intruders even when its helicopter was flying over their heads.
Read more
DEFENCE

Why daily firing is an India-Pakistan practice match at the LoC?

Firing is such a routine on the LoC that if it does not happen for a few days or hours, you start feeling something is wrong. This random firing has many benefits. Besides inviting the enemy soldier cooped up in a similar 2x2 bunker – on the other side of LoC- 30 meters away -- to come and play, at the end of it—the soldiers can warm their hands on the red-hot barrel of their guns. It is all a time-pass that kills boredom
Read more
DEFENCE

World War II was the worst war in history and killed many more people than before. The war started from Europe but spread to all parts of the world. Almost 17 million soldiers died during the six year old War
Read more
DEFENCE

It is difficult to imagine a future war without helicopters. Helicopters are versatile and lethal fighting machines. They do not need fancy airfields to take off and land. They can engage targets on the ground, air or sea. A typical helicopter gunship fitted with all kinds of armaments and missiles is like a samurai that can destroy around 17 times its cost before being destroyed. At the same time, Choppers can transport men, material, and casualties.
Read more
DEFENCE

What does China wish to achieve in Galwan Valley?

The questions uppermost in the minds of people all over the world are -- what is China up to? Why is China creating problems on the Line of Actual Control (LAC) in Galwan area? The only option for India is to be prepared for a military option all along the Chinese border but make an early exit without conceding China’s new claims.
Read more
DEFENCE

Why is China being allowed to cross all limits in South China Sea?

China has given orders to its Coast Guard to shoot at sight any ship without taking anybody’s permission. This is a very dangerous move and could start a war
Read more