﻿﻿IITs and the IIMs: neither the best nor ideal

How many IIT and IIM graduates have actually served the needs of Indian Industry? 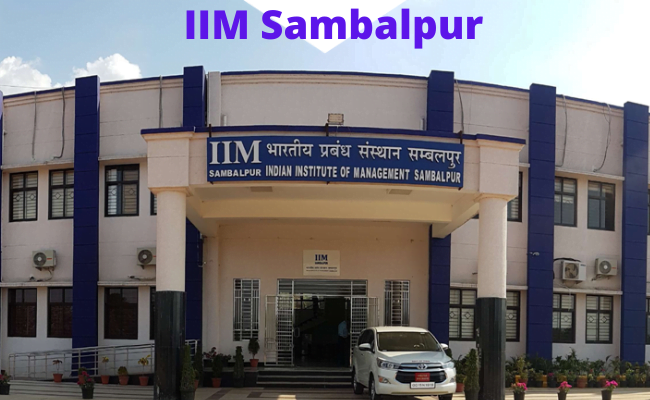 1991 – is a silly milestone, fake landmark. Many things were happening long before and long after what we have come to identify as the reforms revolution. Many of us, including myself argued that Indian Institutes of Management (IIMs) and Indian Institutes of Technology (IITS) are symbols of Indian pride, progress and excellence. And that, there was no need anymore to feel embarrassed about being Indian.

It was a delirious and hysterical response in the first flush of what seemed India’s arrival on the world stage. The world – that is the West that is Europe and the United States – was knocking on India’s doors, and the country was in a position to present best – the IIT-IIM-trained managers. Looking back one is embarrassed to have argued for the IITs and IIMs as the best of what educated India had to offer.

The IITs and the IIMs need to be critically evaluated for two reasons. First, many are convinced that India’s economic growth and progress requires scores, and even hundreds, more IITs and IIMs. The underlying belief is that they are the best of institutions, and we simply must have more of them.

In the last 20 years, a number of IITs and IIMs have sprung up in smaller places. Some of the early IITs and IIMs were set up away from the metropolises. For example, the IITs in Kharagpur and Kanpur were in relatively small places, though the other three IITs were set up in Bombay-Mumbai, Delhi, Madras-Chennai. Two of the first three IIMs were set up in Ahmedabad and Bangalore-Bengaluru, apart from Calcutta-Kolkata. There are now IIMs in Lucknow and Kochi, two places away from the metropolises. It is supposed to be a case of the percolation, or trickle down, of excellence. The assumption has to be scrutinised.

The second reason to critically look at these institutions is because of criticism, mainly from the leftist intellectuals stuck somewhere in the 19th century industrialised Europe and North America. They refuse to move beyond the 1930s. The leftists argue that the IITs and IIMs symbolize capitalist privilege and bourgeois elitism which does not make economic or moral sense in a country where millions of poor cannot afford food or schooling.

I too once argued foolishly that the public schools have no place in democratic India and that they should be dismantled. Then a friend, who had studied at The Mayo College in Ajmer, that instead of banning them, every student should have access to a quality education offered in the public schools. His argument made more sense than mine; I have to concede. The left critique is unhelpful because it full of fury and little sense at a time when the market economies are flourishing, and the socialist alternatives have failed.

Many of the IIT and IIM students came from modest, and even humble, middle-class and lower middle-class backgrounds. The institutes were means for social mobility even as the colonial universities were in an earlier period. These were indeed elite institutes, but they helped form, however imperfectly, a new meritocracy, another name for the elite. Of course, we are familiar with hereditary elites, but they are almost history. What we have now is the new elite of self-made successful, rich individuals.

It however does not mean that IIMs and IITs should stop functioning just because there is an argument against them.

They are not the best that we have created or can create. One has to keep in mind the complex realities and contradictions behind setting up of the IITs and the IIMs in India. The IITs and the IIMs do not constitute the pinnacle of good, quality education. They do not constitute education in the proper sense of the term at all. The elites that they have created are much too imperfect and incapable of leading a society. Though they can form a good bulwark in an achieving society.

Most IITs and IIMs were set up in the early 1960s, and with American help. We have to remember that though Nehru and Congress had declared in the party’s Avadi (in Madras, now Chennai) session in 1955 that India will work for a “socialist pattern of society”. The IITs and the IIMs are on the face of it an antithesis to the socialist idea. The socialist ideology would have demanded the setting up polytechnics, and even the IITs and the IIMs, should have been patterned as working class institutes. Whatever the contradictions, it seemed in the 1990s that Nehruvian socialist India did well in investing in the IITs and the IIMs and that it had paid off. At one level, there cannot be any contradiction between the IITs and the IIMs and socialism because socialism at heart is the fulfilment of a technological society. Socialism should never be confused with pastoral idyll. Socialism and capitalism are twins born of a dystopian industrial civilisation.

The IITs and the IIMs pose a problem in the first place because they were set up as independent institutions, away from the general run of colleges and universities. There seems to have been certain hostility towards the university spawned by the British colonial rulers, who wanted to create English-speaking clerks in government offices and nothing more. The IITs and the IIMs were to counter the colonial university system with its internal syllabus and grading. These classy institutions could never become part of the educational system in the country. This dichotomy between general educational institutions like colleges and universities and the institutes of excellence juts out like a sore thumb.

An interesting anomaly behind the IITs and the IIMs in the 60s and 70s, to some extent in the first half of 1980s is that graduates from these institutes could not be absorbed in the country. The industry was not big and diversified enough to take them, and it was not in a position to offer them the lucrative and challenging jobs. What became apparent was that the IITs and the IIMs became skilled manpower exporters of the country, and it these graduates who formed the seed of the non-resident India community in the United States. Secondly, many of the IIT-educated engineers and technologists did not stay on the technology side but moved on to a more attractive management/marketing sector. The familiar route of progress was from IIT to IIM to the US of A. The manufacturing sector’s need for chemical, engineering and electronic engineers was not met. They got absorbed in the general marketing side. There was also no place for many of the potential managers from the IIMs in India.

In the initial about two decades, the IITs and the IIMs produced an elite management cadre for the American market. And strangely enough, a few of them joined the Indian Administrative Service (IAS) and went on to occupy important positions in the all-powerful bureaucracy. The tide has turned after the 1990s, when the Indian market was able to absorb more of the IIT and IIM graduates. Here too, not many went into the manufacturing sector. They went into marketing. One of the reasons that Indian manufacturing sector remains less-than-mediocre is because there are not enough qualified technology-oriented workforce at the shop-floor level.

The moot question, therefore, is: Do the IIT-IIM pass outs qualify for elite tag? Do they have the abilities to Lead the society or are they just glorified journeymen. Or are they like the highly qualified artisans of medieval India and Europe – who did their societies proud but were not really the people with ideas or vision expected of leadership? The guildsmen and guild-masters of the medieval period were superior to the IIT- and IIM-trained workforce because they were part of the general society, and they shared the civilisational ethos. They could absorb local workforce and even train them. The IIT and the IIM crowd are not in a position to mould the workers around them in a constructive manner. They have not inculcated the new work culture in the places they work in though the systems are slowly emerging in many of the new set-ups. They have failed the leadership test in their field of work.

What is the sense of values of the IIT and the IIM managerial workforce? They tend to be middle-class liberals, who respect and appreciate individual rights and to the extent they would support the idea of corporate social responsibility at least in name. They would also favour a free market economy in a naïve manner. Ironically the IITs and IIMs are government-supported institutes, and they are not an outgrowth of private sector initiative. Birla Institute of Technology and Science (BITS), Pilani is an exception, an initiative of private industry. They do not have clear ideas about market regulations and about the norms of fair competition. Their education does not allow or equip them to think of frameworks and much less about values in general.

Are they good at problem-solving, which is the key expectation from a managerial workforce? They do not seem to be so. They are quite comfortable in a workplace where the systems are in place, but they cannot create systems keeping in mind the local challenges. It is a relatively uneducated small shop-owner or the small businessman and businesswoman who appear to be adept in managing the workforce.
The IIT and IIM crowd is charmingly conservative in social mores, reflective of their middle-class backgrounds. They follow traditions even when they break the small barriers of caste, community and language. They are God-fearing. They love the country, and they stand by their immediate nuclear family.

What they are not good is at thinking, thinking new ideas and projects. They are incapable of being adventurous in their thinking. They will rarely break a dominant thought paradigm though they may tweak an existing one without causing too much commotion all around.

India needs this conservative, conformist IIT-IIM crowd. It is a dependable, solid middle class that provides social stability. They are not good at doing new things, thinking new things. Blame should not go to them. That too for not doing something, they can’t.

We all read headlines in newspapers. One can’t help but scream after reading all these and wonder is this really happening in India
Read more
Education

One of the lessons learnt from Guru Nanak ji's life is equality and unity for all. He declared that God is one, and lives in every one of us
Read more
CORPORATE DOSSIER

Notebook has more than 10,000 videos covering almost every topic, including those in regional languages as well to serve students of CBSE, U.P. Board and W.B. Board.
Read more
HEALTH

Antimicrobial resistance (AMR) occurs when microorganisms such as bacteria, viruses, fungi and parasites change in ways that render the medications used to cure the infections they cause ineffective
Read more
LIFESTYLE